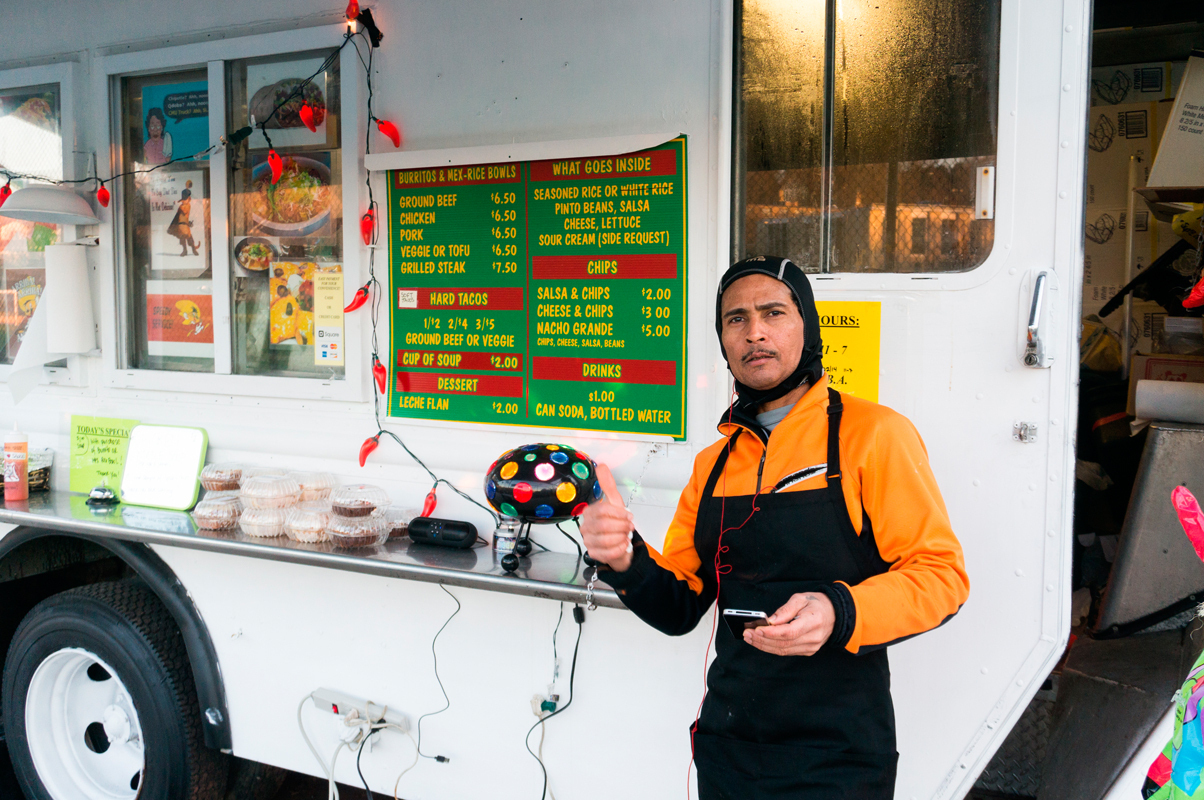 There are perhaps few days greater in the life of a Carnegie Mellon student than the first one free from the shackles of Red 9. No longer confined to the boundaries of campus eateries, a student’s tongue is allowed to wander free amongst the tasty fields of the Pittsburgh food scene. While this sovereignty will initially manifest itself in piles of Dominos boxes and a fridge half-full of spoiled food, eventually one’s leash will be gently yoked by the call of the Margaret Morrison food trucks.

Considered by some to be the best-kept secret of Carnegie Mellon student life, the Margaret Morrison food trucks are a staple of many upperclassman and graduate student diets. Serving a wide variety of eastern foods — including Indian, Thai, Chinese, and Middle Eastern — the food trucks are an embodiment of Carnegie Mellon’s international atmosphere and diverse cultural spectrum. Now, with the Nov. 17 opening of Camión Mexicana Universidad (CMU), Margaret Morrison Street has welcomed the Western hemisphere and a delicious offering of burritos to its ever-faithful stomachs.

Walking down the line of trucks, you’ll know you’ve reached Camión Mexicana Universidad when you hear the salsa music. Covered in “authentic” Mexican decorations — including red pepper lights, a picture of Consuela from Family Guy and assorted stock photographs of Mexican food — the truck is as inviting as a food truck can be. A woman behind me in line one day mentioned that she felt like she was at a party. It was 18°F outside that day, so any positive emotion was certainly difficult to elicit from a customer. A testament to the power of salsa, perhaps?

Serving a simple menu of burritos, rice bowls, and hard-shell tacos, Camión Mexicana Unversidad is the perfect option for those looking to avoid the long trek to Chipotle in Oakland. Patrons have the option of a chicken, pork, ground beef, or vegetable/tofu burrito or rice bowl for $6.50. They can add grilled steak for an extra dollar. Pinto beans, salsa, rice, and cheese come in the burrito; sour cream and hot sauce are available upon request. One taco costs $2, two cost $4, and three cost $5 and come in either ground beef or veggie.

While there are tacos and bowls, everyone knows that there’s only one choice when burritos are on the menu: burritos. And man, Camión Mexicana Universidad has some good burritos. I’ve eaten food from the truck every day since the opening and have sampled a good portion of the burrito meat offerings. The ground beef burrito is your average ground beef burrito — nothing out of this world, but certainly tasty. The chicken is much of the same.

The pork, though, is something to talk about.

I don’t know if it’s possible for one’s life to truly be changed by a burrito, but the thought had never even entered my mind before I had this pork burrito. The pork is an interesting mix of sweet and tangy, and when you throw the hot sauce in there, things just get crazy. The fact that I live just across the street from this food truck will likely be the end of my checking account. (Guess what? They accept cards!)

For those with extra dollars to burn, the grilled steak is worth the upgrade. While it does not offer the same symphony of flavor as the pork, it holds up. The steak is good quality ­­— not too tough or laden with those “mysterious” qualities that street food patrons know all too well.

There is perhaps no other food as universally loved as the burrito. Who doesn’t love a good burrito? No one, that’s who.

Until last Monday, however, there was no way that students could indulge in the people’s food.

Until last Monday, the only way one could procure “authentic” Mexican cuisine on campus was to trudge their way to either El Gallo de Oro in the Cohen University Center or Take Comfort in the Resnik House one day a week. The introduction of Camión Mexicana Universidad has brought the Carnegie Mellon culinary scene into a new era, one where everyone is happier because they can grab a burrito before class. Carnegie Mellon should perhaps take a lesson from the food trucks instead of stealing business from them with its own food truck, the Tartan Express. Camión Mexicana Universidad has done more in a week to make this campus a happier place than a million Mindfulness Rooms ever could, and that’s a fact.

Seriously, you should go out and try this pork burrito.