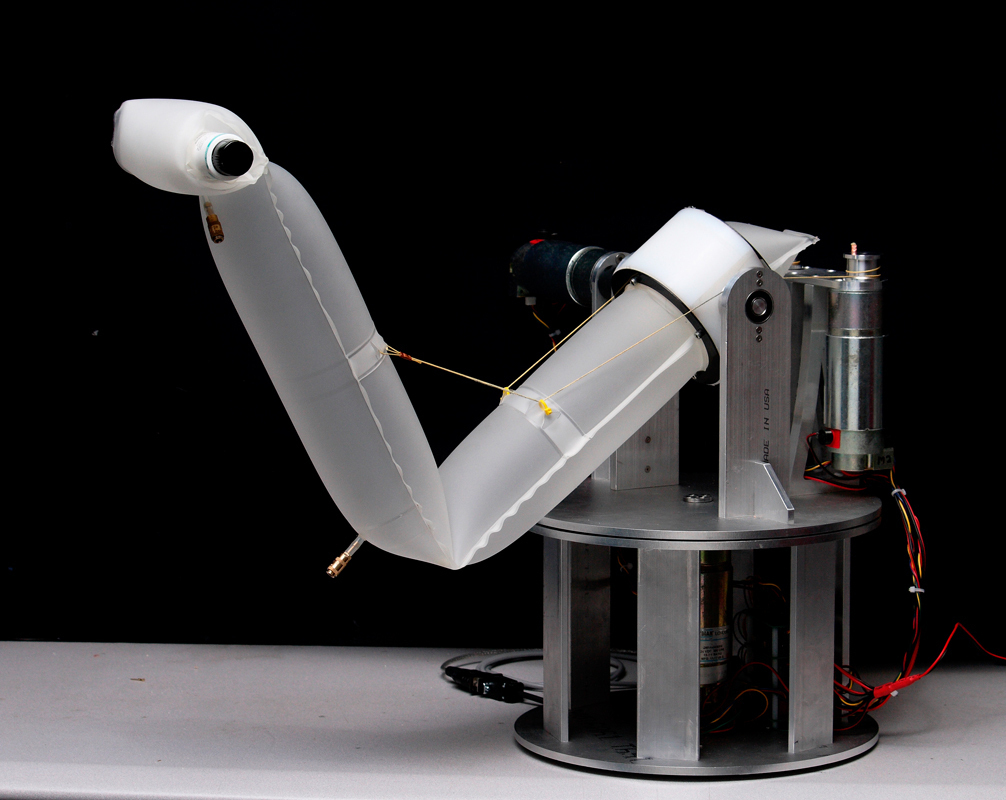 When robots appear in movies, they’re not usually friendly — think of the personal robots gone bad in I, Robot, or Arnold Schwarzenegger with his skin melted off and his metal skull showing at the end of the original Terminator.

In 2008, Disney first showed viewers friendly (and adorable) robots in Wall-E, which told the love story of two post-apocalyptic robots working together to save the human race. In Big Hero 6, which premiered on Friday, Disney plays upon a little-talked about ’90s Marvel comic book series to tell the story of a boy, his robot, and his team of superhero pals. Big Hero 6 takes place in the futuristic San Fransokyo, a mash-up of two existing technologically advanced cities. In the movie, Hiro Hamada (Ryan Potter), a budding roboticist, meets Baymax, a personal health care robot created by Hiro’s older brother, Tadashi (Daniel Henney). Together, Hiro and Baymax — along with their friends Gogo, Wasabi, Honey, and Fred — save the city from a masked man with an army of “microbots” (small robots invented by Hiro himself).

When he meets Baymax, Hiro also meets Professor Callaghan, played by Carnegie Mellon alumnus James Cromwell (CFA ’64), who’s not a stranger to working in movies starring robots after playing a robotics researcher in I, Robot.

Baymax isn’t like the Terminator, or even Wall-E and his robot love interest, Eve — instead Baymax is soft and huggable, a robot designed to be safe for personal use. While looking for inspiration for Baymax, Disney researchers visited the soft robotics lab at Carnegie Mellon, where researchers like Chris Atkeson, a professor in the university’s Robotics Institute, have been working to create soft, safe robots.

“About 15 years ago there was a project called NurseBot, which said ‘let’s make something that acts like a nurse in a hospital,’” Atkeson said about how soft robotics research got started at Carnegie Mellon. “And that was followed by a number of National Science Foundation projects, most in the Quality of Life Technology Center.”

The Quality of Life Technology Center is a National Science Foundation-funded research center that “adapts robotic technology to meet the needs of the elderly and people with disabilities,” according to a university news release on Carnegie Mellon’s role in the creation of Big Hero 6. Up until then, Atkeson said, researchers were working exclusively on what he called “metal monsters.” “Metal monsters,” Atkeson said, are too dangerous to work closely with humans. “You know, if you have a robot that brushes your teeth or combs your hair, you really don’t want a metal monster. It’s like asking someone to brush their teeth by taping a toothbrush to the bumper of a car and having someone else drive back and forth with the car while their mouth is on the brush.”

Atkeson said that he draws inspiration from pool toys, balloon animals — anything inflatable. When asked what a soft robot would feel like, Atkeson responded, “Have you ever been in a bouncy castle? Just like that.”

“I met a researcher who was working on soft robots,” Hall was quoted as saying about his visit to Carnegie Mellon. “It was an inflatable vinyl arm, and the practical app would be in the health care industry as a nurse or doctor’s assistant. He had me at vinyl. This particular researcher went into this long pitch but the minute he showed me that inflatable arm, I knew we had our huggable robot.”

“Here we get an interesting divergence: For a variety of technical reasons, it was easier for animators to put ‘bones’ back in,” Atkesons said. “So in the movie, Baymax has a skeleton. You just can’t see it. And even when they do show you what the insides are like, you barely see the skeleton at all; they don’t make a big deal of it.”

Atkeson’s goal with soft robots is to reduce mass, because, as he said in another interview, “Mass kills.” So, the soft robots developed at Carnegie Mellon are made of polyurethane supported by cables.

“It sounds crazy,” Atkeson said. “You think a robot like that would be really weak, but it turns out you can make it fairly strong, and there are a lot of different engineering techniques to do that.”

Since Hall looked at the soft robot arm in 2011, Atkeson said, soft robotics have come a long way at Carnegie Mellon. Carmel Majidi, who was hired as an assistant professor of mechanical engineering in 2011, and Yong-Lae Park, who was hired as an assistant professor in the Robotics Institute and School of Computer Science in 2013, have joined Atkeson.To Atkeson, soft robots are a natural progression in the field of robotics.