The newest member of CMU water polo: the coach 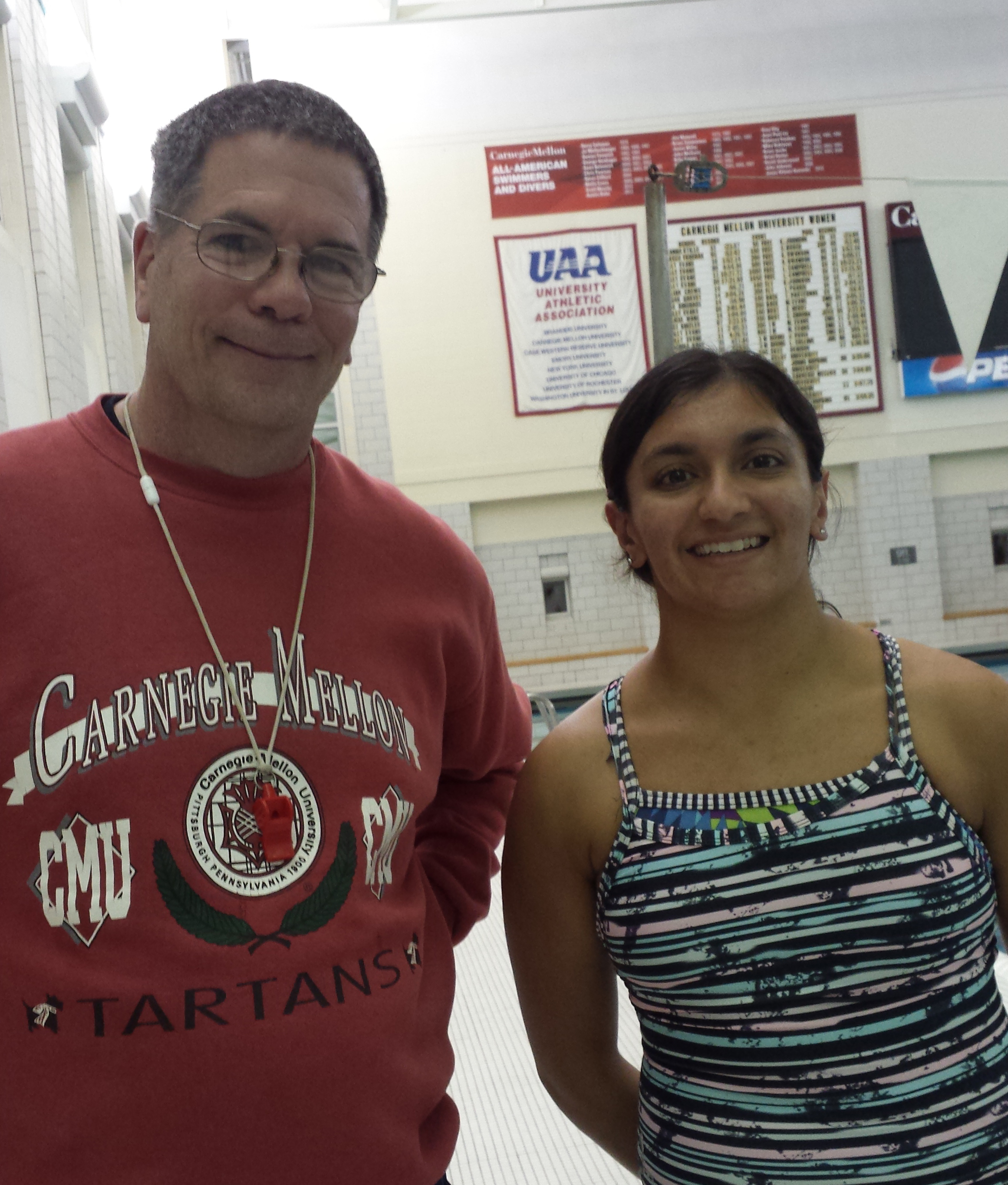 Coack Mark Rauterkus (far left) discusses game strategies that could be practiced with the players.

September marked a new season for all Carnegie Mellon student athletes. It also marked the beginning of the tenure of the new women’s water polo coach, Mark Rauterkus.

It all began one day in August. Sophomore chemical engineering and biomedical engineering double major Maya Holay, captain of the team, and teammate, sophomore design major Jillian Nelson were enjoying an informal pickup game at the Citiparks Ammon Pool in the Hill District when they met Rauterkus, who organized the game.

When the two athletes suggested a possible opportunity for Rauterkus to be involved in college athletics, he accepted the then-vacant coaching role.
Rauterkus is a swimming and water polo veteran, and has coached the former at various high schools since 1976.

In the past, he has cumulatively coached eight college seasons, two of which were dedicated to water polo, at schools like Ohio University, Baylor University, Bradley University, and Chatham University.

In addition to university coaching, he has led water polo camps for five years during summers, as well as in other settings.

The women of the water polo team here at Carnegie Mellon are a completely different story.

“The kids have been great and are heavily self-motivated. Maya runs every practice before I arrive, which to me is welcoming to an outside voice, like me,” the coach said.

With the help of the team members’ go-getter attitude in and out of the pool, Rauterkus said he plans to put his best foot forward in promoting the team’s success. Since the team is still a recreational intramural organization made of a blend of beginners and veterans, Rauterkus said there is a need to have organized, structured practices where skills can be taught through peer-to-peer demonstrations.

He uses practices to tactically choose who starts games, as well as match team members with approximate skill levels for exercises to improve team dynamics. He also seeks to implement effective strategy that is not limited to game play, but extends to building relationships regionally and nationally. He plans to build up the team’s reputation through active recruitment of student players as well as assistance to other universities that are attempting to establish themselves in water polo.

Rauterkus predicts that this will promote camaraderie and support on both sides, and increase Carnegie Mellon’s chances of hosting successful home events in the future.

However, the coach agreed that the most challenging aspect of his job is encouraging student athletes to practice regularly despite their rigorous curriculum.

“As a coach, my job is to be supportive of the athletes’ enjoyment and success in the sport as well as all other aspects of their life.” said Rauterkus.

Since the installment of the new coach, the women’s water polo team is venturing down the path to becoming a competitive team.