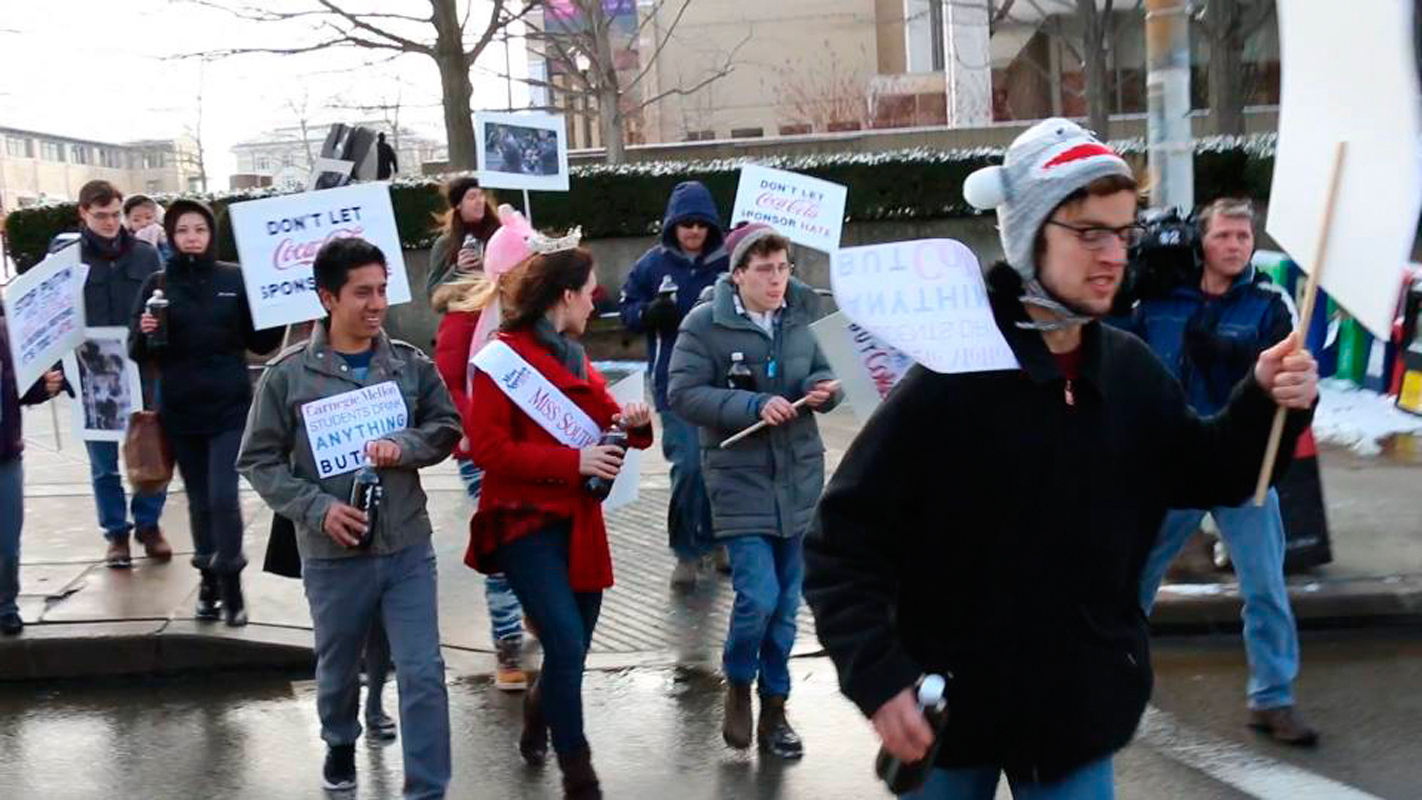 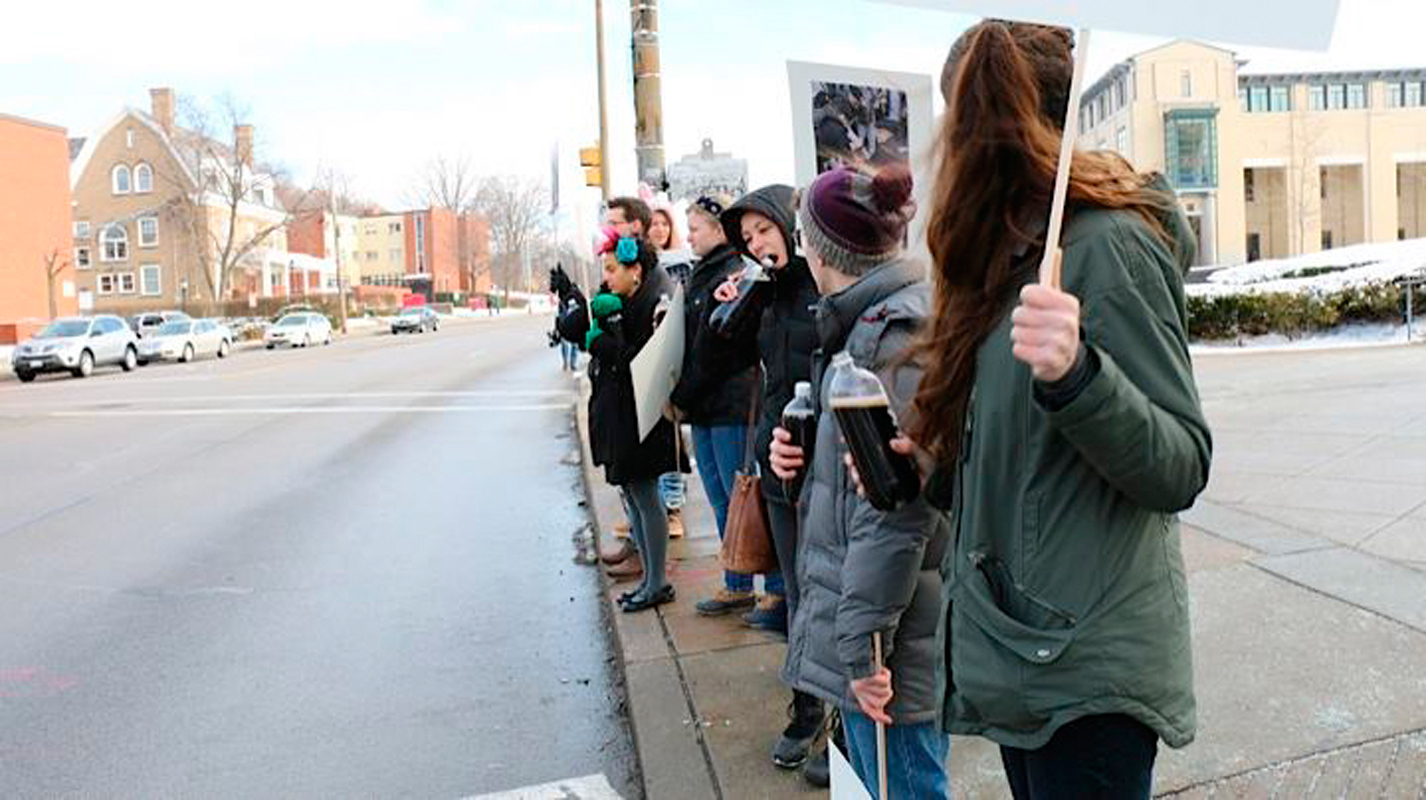 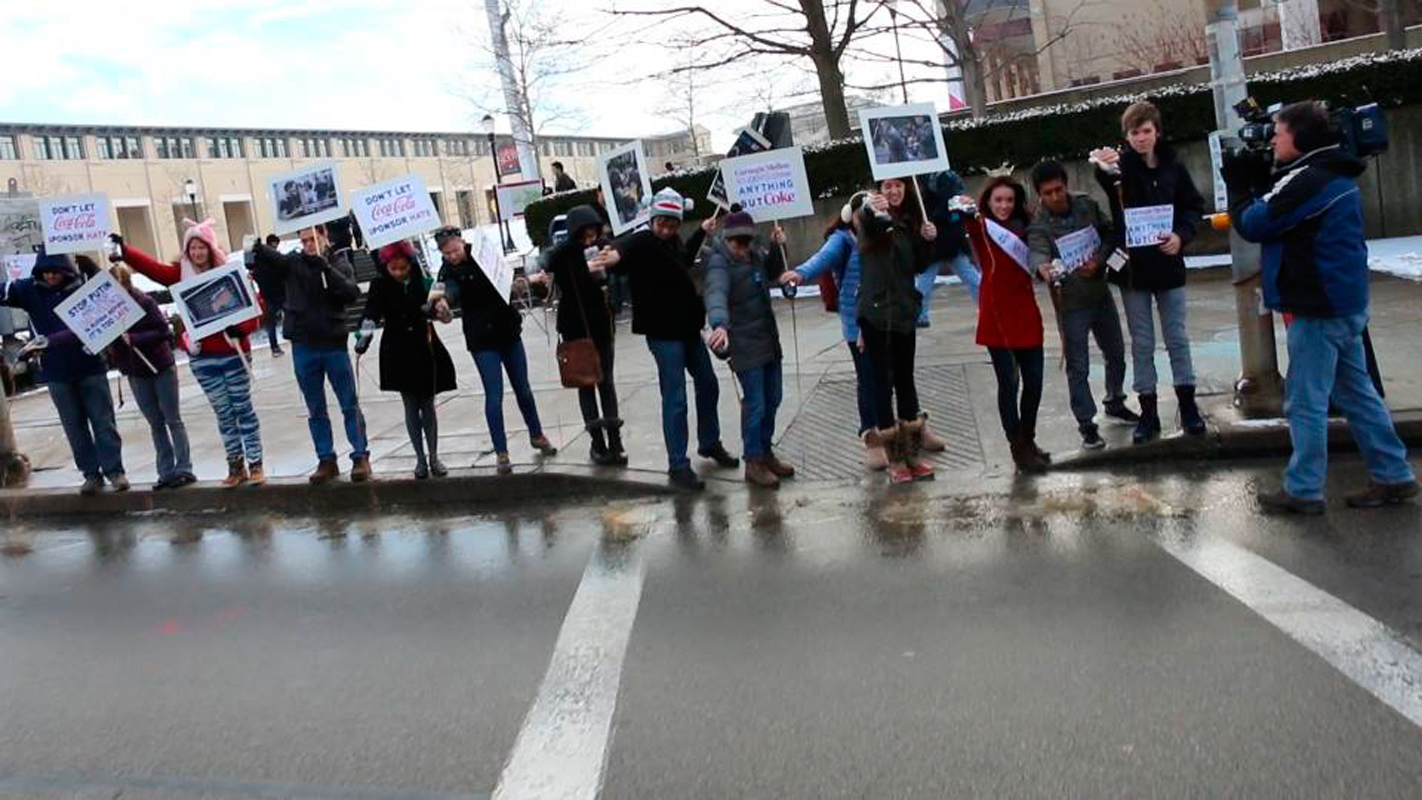 Students hope to give Coca-Cola financial incentive to pull funding. (credit: Courtesy of 'Anything But Coke')

The 2014 Winter Olympics, which begin on Friday, Feb. 7, will take place in Sochi, Russia. Russia has made waves internationally with its harsh anti-gay policies and laws; recently, Russia’s lower house of parliament overwhelmingly approved a law banning the distribution of information about homosexuality to children, according to an article from CBS news online.

Although President of Russia Vladimir Putin has promised that the Winter Olympics in Sochi will be discrimination-free in response to backlash about the law, many Americans are worried about gay rights in Russia and gay American Olympic athletes.

A host of companies sponsors the Olympic Games, including Coca-Cola, McDonalds, General Electric, Proctor and Gamble, and Visa.

John Moriarty, a sophomore directing major, along with Jeff Kasanoff, a junior at Wesleyan University, co-founded Anything But Coke, a campaign to boycott Coca-Cola products to convince Coca-Cola to pull its sponsorship of the Sochi Olympics.

“Anything But Coke is an online campaign that I started because of the atrocities happening to gay citizens in Russia,” Moriarty said. “Hate groups across the country have spiraled out of control. For example, a group called Occupy Pedophilia has been kidnapping activists and gay teens and torturing them and putting videos of the torture online, and the government hasn’t been doing anything about it. Some of the leaders have spoken and said that [Occupy Pedophilia] is doing a service for the nation; they’re basically pouring lighter fluid over the situation.”

Moriarty hopes to send a message to Coca-Cola, and other Olympics sponsors, by drinking anything but Coca-Cola and pouring out the company’s products in public protests.

Last Sunday, Moriarty and about twenty others poured out Coca-Cola products — none of which they bought — at the intersection of Morewood and Forbes Avenues. Similar protests are slated in the coming weeks at other universities and high schools across the country. The next protest takes place next week at Wesleyan University. After that, protests will take place at schools such as Boston University and St. Michael’s College in Colchester, Vt.

Garrett Eucker, a sophomore vocal performance major, thinks that the campaign is trying to send an important message, but might be doing it in the wrong way. “I think it’s misleading, saying that people should be blaming Coca-Cola strictly because Coca-Cola is not supporting [LGBT rights] when it’s really Russia violating civil rights and Coca-Cola is supporting the Olympics, not Russia,” Eucker said. Eucker does agree that if Coca-Cola pulled their sponsorship from the Olympics, it would send an important message to Russia.

“Coca-Cola is not the villain. But they do have the power to make real change,” Moriarty wrote in an email to The Tartan. “This issue is complicated but it doesn’t mean it’s not black and white. We cannot support corporations who put profit before human rights. No matter who is suffering.”

Coca-Cola is one of many American companies to sponsor the 2014 Winter Olympics; according to the FAQ on Coca-Cola’s website, the company is the longest continuous sponsor of the Olympics.
“We are a business and our role as official soft drinks provider enables us to showcase the range of drinks we offer and sell these at the Olympics and Paralympic games,” the FAQ continues. “We recognize that attitudes to sponsorship have changed and we want to understand more about the social value our sponsorship brings. This is why we have been working with independent think tank demos to create a new model of sponsorship evaluation that looks to quantify the social impact of sponsorship activity.”

Moriarty draws parallels between his and Kasanoff’s campaign and anti-Coca-Cola protests in the 1990s.

“This is not a campaign that hasn’t had a history of success in terms of boycotting Coca-Cola specifically,” Moriarty said. “In 1990 there was a series of protests at universities across the country that led to Coca-Cola disinvesteing in South Africa, and because they are a corporation that has so much influence politically and culturally, it pressured South Africa to rethink their politics concerning race.”
Moriarty also noted that the United States as a nation has boycotted the Olympic Games before. “We boycotted the Olympics as a nation in Moscow in the 1980s due to their civil rights violations. By not doing it now we are saying that these violations don’t justify it.”

Although the U.S. is sending gay athletes to the Olympics, Moriarty says that this isn’t enough. “In 1936, Coca-Cola sponsored the Olympics in Berlin, Germany, at a time when they were making their first anti-semitic laws saying that only Aryans could compete. We sent Jewish athletes in — some even won the gold — but they didn’t respond to the symbol because it isn’t enough. We need to give dictators financial incentive to pull out, just as we are giving Coca-Cola financial incentive to pull out.”

Moriarty, along with Kasanoff and the president of ALLIES, Carnegie Mellon’s LGBT support club, are meeting with a representative from Coca-Cola next week. “We have low expectations for the meeting, but hopefully from that meeting we can meet with someone higher up to see what they can do,” Moriarty said. “It’s a great sign because it means that they’re listening, and they’re hearing our voice, and we have made some influence — just 20 people pouring out coke.”