Flat is the new phat for Apple’s newest iOS 7 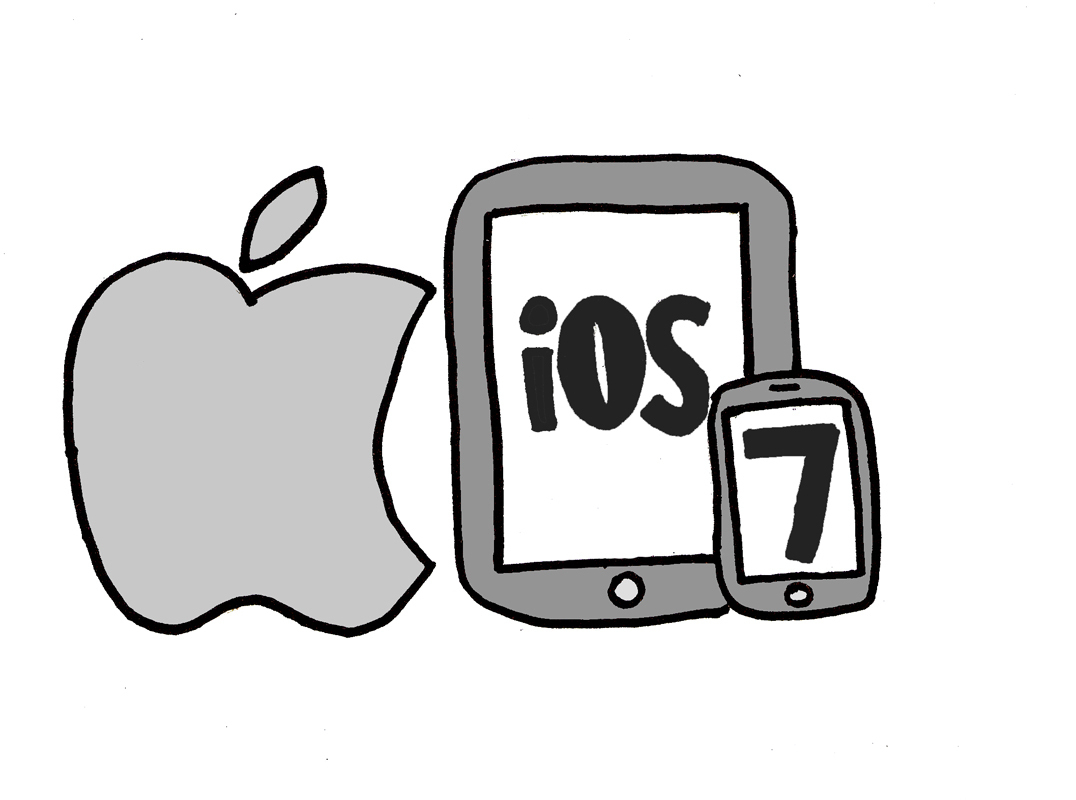 Over the last few decades, technology companies have fought to edge out competitors with more and more powerful devices. To display their power, they added more detail to their operating systems, with three-dimensional interfaces that bleakly mimicked real-world objects, in an attempt to ease the learning curve for new users.

Recently, Apple has been the largest offender of real-world object imitation, so much so that the word “skeumorphism” has become synonymous with its company name. Skeumorphism, or the imitation of real-life objects in software, favored greatly by the late Steve Jobs, found its way into nearly every aspect of iOS.

Apple added everything from leather-textured siding in its Calendar application to spinning reels in its Voice Memos application. While this eye candy was initially appealing, it quickly became obtrusive to the experienced user and provided no functional benefits.

With iOS 7, Apple attempted to change its mobile operating system’s design language, to one simpler and less obtrusive in nature. Jonathan Ive, senior vice president of design at Apple, immediately set forth to change the design of iOS after he was given responsibility to lead and direct Apple’s Human Interface division in October 2012, according to the company’s press release.

Having used iOS 7 for the past few weeks, I can say that it is a joy to use. The icons that once overflowed with detail are now flat and minimalistic. The lock screen is free from its once-restricting black bars, welcoming users to slide-to-unlock anywhere. Menus, navigation bars, and Apple’s first party apps have adapted the same flat interface that acts as a background to the user’s experience instead of trying to be the center of attention.

Ironically, the removal of skeumorphism has made the operating system feel more natural. Menu navigation is more fluid, as one can swipe across the screen instead of relying on the previous back arrow icons.

Apple’s choice to remove skeumorphism has resulted in a more functional and powerful operating system, and has closed the difference between desktop and mobile computing. Simple graphs displaying sound wavelengths during recording have replaced unhelpful spinning reels in Voice Memos. In an ecosystem limited by screen size, the removal of functionless eye candy makes room for more powerful and functional applications.

The irony of this transformation in design is that it’s actually a step backward. Ever since Apple introduced the original Macintosh, the goal of software companies has been to emulate real-life objects in a way that relates to users. The idea for a desktop was essentially a copy of a real-life desk covered with items. Similarly, the idea of a folder system was simply a copy of a real-life organizer.

The interface was created on the idea of emulating real-life objects in a way that significantly lowers the learning curve of operating systems. Apple and many other companies have learned, however, that a touchscreen is not a piece of lined paper, nor a physical tape recorder. In that sense, it is less capable than other real-life objects.

However, in many ways, it can outperform them. Several companies, including Apple, are learning that when they attempt to make devices into something they are not, they are limiting their capabilities and functionalities. iOS 7 takes a step away from these interfaces into the right direction.