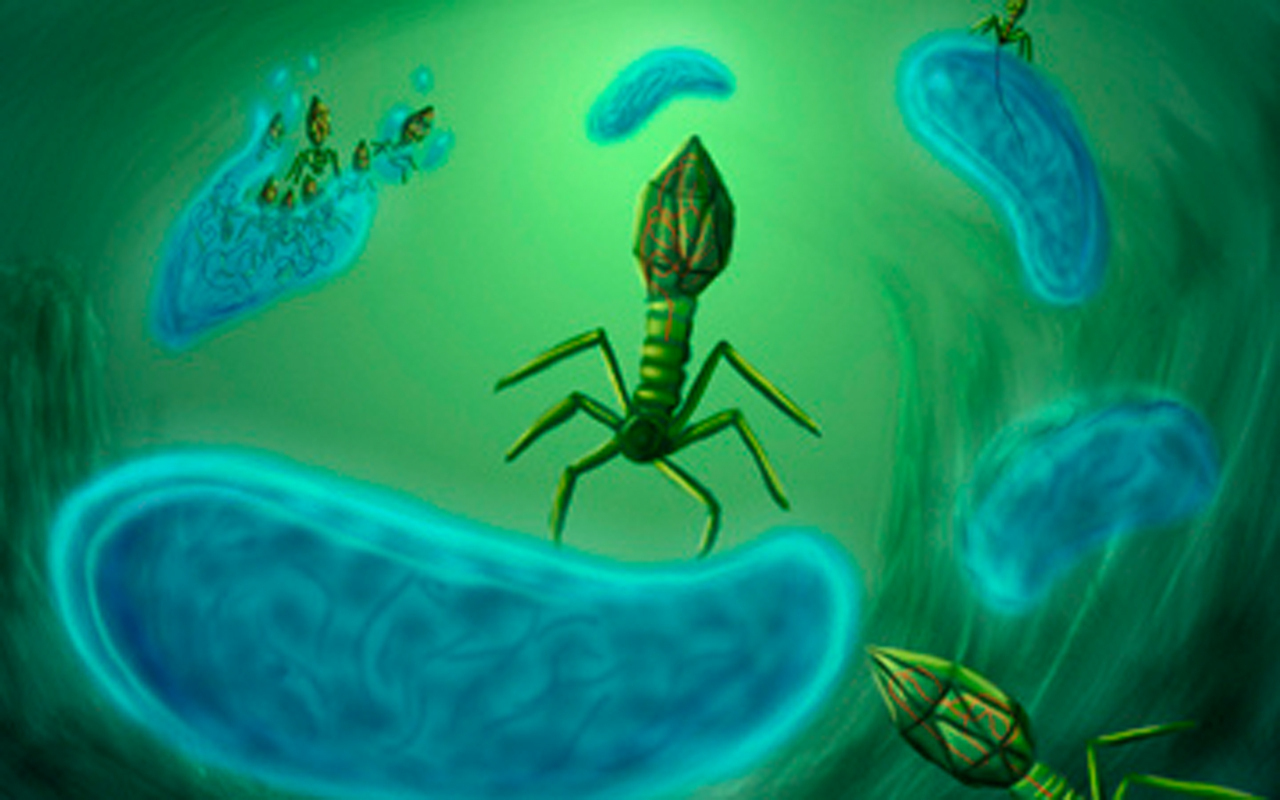 A bacteriophage, shown above, is a kind of virus that infects bacteria. Tan and his team utilized the bacteriophage T7 in their experiments on molecular crowding. (credit: Courtesy of davehwng via flickr)

When moving through a bustling crowd, you probably think about how much more efficiently you could get to your destination if you were the only one there. While this train of thought might make sense with regards to daily life, researchers at Carnegie Mellon have found that crowding within a cell may actually increase its efficiency.

With hopes to offer new therapeutic treatments for disease and new energy sources in the form of biofuels, the field of synthetic biology could have a huge impact in the fields of medicine and technology. Although the field is about big solutions, researchers are beginning to look very small. Tan and his team specifically looked at the effects of molecular crowding on gene expression in cells.

In the field of synthetic biology, scientists have been trying to create synthetic cells. These cells are pieces of technology that act similarly to the cells within our body but whose genomes — the blueprint for all cellular mechanisms and development — are entirely created in a laboratory. The point of creating these systems is to minimize the information present in a cell. For example, if a researcher wanted to know the effects of a cancer drug on one particular protein, the cell would only include the genetic information needed for that protein and basic cellular function. These artificial cells, however, lack a phenomenon common in most living cells: molecular crowding.

Molecular crowding refers to the density of macromolecules in a cell. Living cells are filled with these molecules, which can refer to carbohydrates, proteins, and nucleic acids — all the stuff needed for a cell to function to properly. Scientists in the field of synthetic biology are unsure if crowding can enhance the gene expression in a cell. In other words, having more stuff in a cell may create faster circuits to turn on and off certain genes. Tan and his group wanted to see if molecular crowding does in fact have an effect on gene expression, which is the process of activating a certain gene to encode a protein.

In their experiments, the researchers utilized a bacteriophage — a special kind of virus that infects bacteria — called T7. The researchers manipulated the molecular crowding in the phage and then studied the impact on the expression of a particular gene. They accomplished this by using different sizes and densities of inert polymers in environments similar to the artificial cells. Larger, denser polymers were meant to mimic a crowded environment. Inert polymers are made up of multiple subunits and are nonreactive.

The results showed that molecular crowding does indeed improve the robustness of gene expression in living cells. More efficient gene expression occurred in the trials with the larger polymers. Furthermore, the group found other ways to increase the efficiency of gene expression by changing the concentration of certain ions in their experiment.

The group’s study provided new information that may help bioengineers develop better synthetic systems that include effects similar to molecular crowding. “Our findings underscore how scientists could harness functioning mechanisms of natural cells to their advantage to control these synthetic cellular systems, as well as in hybrid systems that combine synthetic materials and natural cells,” Tan said in a university press release.