‘Thrive at CMU’ to improve wellness 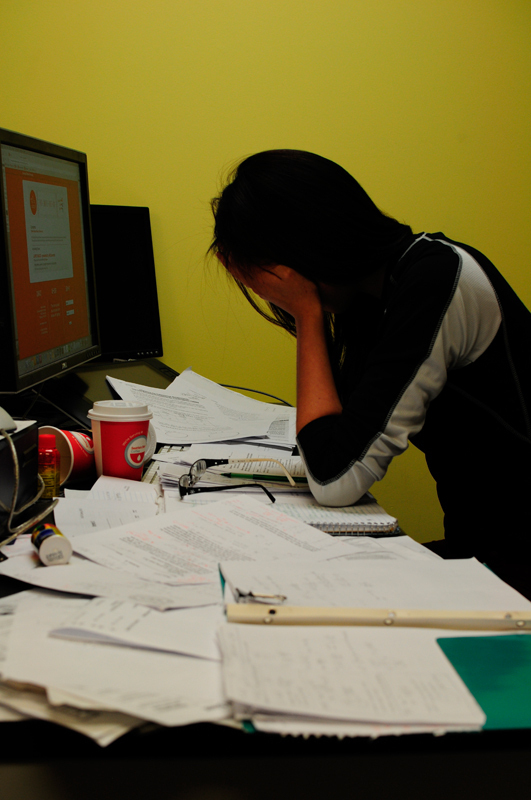 Months after Carnegie Mellon’s stress culture Town Hall in January, the university and its students are looking for ways to address stress management and wellness on campus. Neha Chaurasia, a senior biological sciences major, is designing a new StuCo class on wellness for incoming first-years.

The course is currently titled “Thrive at CMU” and has received approval from the University Education Council to seek out course instructors.

“In my personal opinion,” Chaurasia said, “if you went to the wellness forum about the issues CMU students had, the number of students who came showed something had to be done.”

The reasons for the attendees’ diminishing wellness were numerous, she pointed out, “and many were trying to push it under the rug. So we want to help students develop well-roundedness at CMU and enjoy their time here.”
According to Chaurasia, the development of the course is still in the early stages.

“We’re still working on the syllabus, but we sent out a survey for anyone in the CMU community about what they think. In the beginning of the year, we’re doing introductions to the campus and community, whether it’s academic or extracurricular — and about understanding Pittsburgh, like with buses, Shadyside, and more opportunities that are available. We want people to know about what they have here. Toward midterms, the course will discuss finding resources and how to solve potential problems while here,” she said.

Chaurasia added, “We’ll be piloting the course next year, and there will only be four sections. Classes will be small and offer students advice about what they can do, whether it is academic or extracurricular.”

When Chaurasia was initially planning for what would become “Thrive at CMU,” she envisioned it either as a StuCo or as a required course similar to “Computing @ Carnegie Mellon” (C@CM).

She even feels there is a possibility that it can one day replace or be combined with C@CM.

“We’ve gotten the impression from a variety of Student Senators that [C@CM] may not be a useful class, so it may be better to have it as a two-week or online summer course. But it’s a very long process, and hopefully it will become a mandatory course next semester, the semester after, or at some point,” Chaurasia said.

In favor of the idea is Deepak Gopalakrishnan, a first-year mechanical engineering major.

“Well, it’s definitely an interesting topic that would benefit students. And if it does eventually replace C@CM, I wouldn’t mind, because I thought C@CM was kind of pointless,” he said.

First-year mechanical engineering major Nick Gray, on the other hand, does not like the idea of having a wellness class — nor does he favor C@CM. “I feel that both courses are unnecessary for freshmen. It’s something you just have to develop as an ability in high school or on your own,” he said. “Although it’s nice to see CMU care about its students and what they value, it’s important for freshmen to understand and learn some of these things on their own.”

There have also been events and competitions to address stress culture, including last January’s Town Hall. According to a recent university press release, “The nonprofit organization LEAD Pittsburgh has developed an online program designed to help college students navigate the challenges of their often stressful environment without succumbing to depression or other behavioral health disorders.” Just last week, an awards ceremony acknowledged the winners of a LEAD essay contest.

Chaurasia aims to have “Thrive at CMU” offered to first-years in fall 2014.