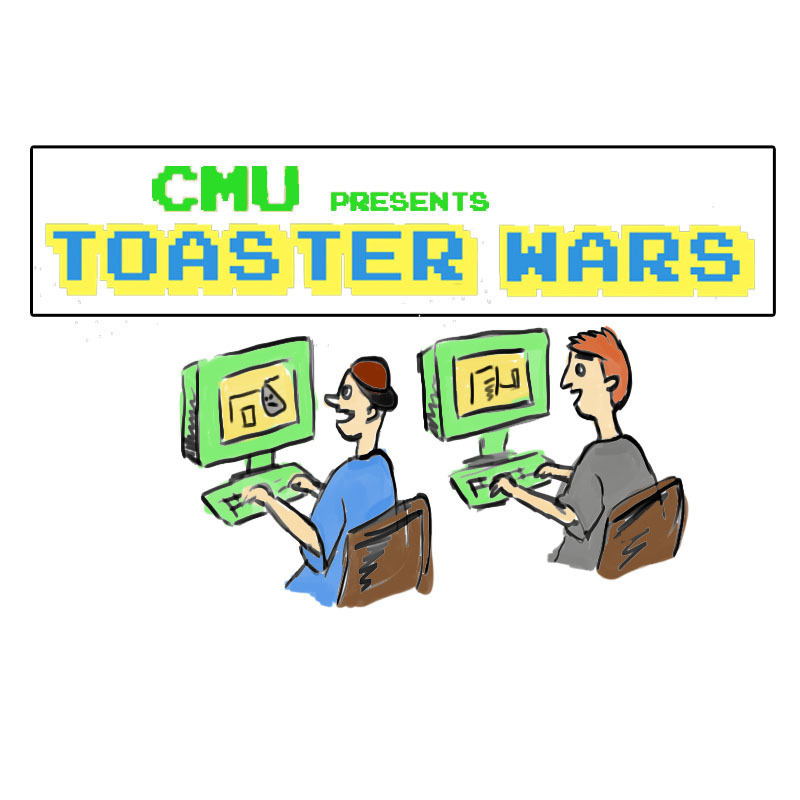 Carnegie Mellon teamed up with the National Security Agency (NSA) to create a high school hacking competition known as “Toaster Wars,” which takes place April 26 to May 6.

Sponsored by the NSA and supported by Carnegie Mellon’s own hacking group, the Plaid Parliament of Pwning (PPP), Toaster Wars has been developed into a high-profile hacking competition.

It came into being through a large amount of effort put forth by PPP and the Entertainment Technology Center (ETC).

Formed in 2009, the PPP is self-described as a security interest group. According to Tyler Nighswander, senior computer science and physics double major and also one of the PPP’s leaders, the group often creates and competes in Capture the Flag hacking exercises.

“We create security puzzle type things for exploitation, hacking, et cetera,” Nightswander explained. “Then we go in, break into stuff, and hack into things.”

The PPP’s adviser and an assistant electrical and computer engineering professor David Brumley notes the PPP’s success. “PPP is actually ranked in the world for security research groups, even [among] professional teams.” It has competed in various contests, and its next competition is to be held in South Korea. “A lot of people would be interested in computer security from this opportunity,” Brumley said.

As a part of the Toaster Wars competition, high school hackers will be given a scenario in which they are told to use their hacking skills to repair a robot from space and to figure out some of his secrets.

According to the competition’s official website, “The competition is a series of challenges centered around a unique story line where participants must reverse engineer, break, hack, decrypt, or do whatever it takes to solve the challenge. The challenges are all set up with the intent of being hacked, making it an excellent, legal way to get hands-on experience.”

Kaiyang Zhang, a master’s student in entertainment technology who helped create the Toaster Wars competition, said, “We think it’s a bit hard for high school students to give a theme and get them interested, so they can learn it and progress.”

Danielle Corporon, a master’s student in entertainment technology, feels that, “We chose to develop the game for all ages, so kids, for example, don’t think its limited to younger kids.”
The competition, therefore, was developed to encourage high school students to participate in and enjoy the competition. Additionally, the contest will also help students “learn how to identify security vulnerabilities and perform real-world attacks.”

The hope is that it will also encourage interest in computer science and its applications to cyber security.

Brumley agreed and added that he has expectations for more people to be interested in cyber security.

“A lot of people [are] interested in computer security. Our college kids have siblings, [so] hopefully we’ll have [more] people interested.”

In addition to their financial sponsorship, the NSA has also been a vocal supporter of the Toaster Wars hacking competition.

NSA representative Vanee Vines told the Associated Press, “America increasingly needs professionals with highly technical cyber skills to help keep the country safe today — and to help the country meet future challenges and adapt with greater agility. When it comes to national security, there is no substitute for a dedicated, immensely talented workforce. We need the best and brightest to help us out-think and defeat our adversaries’ new ideas.”

Toaster Wars has gained national attention for its efforts, receiving coverage from major news outlets such as NBC News.