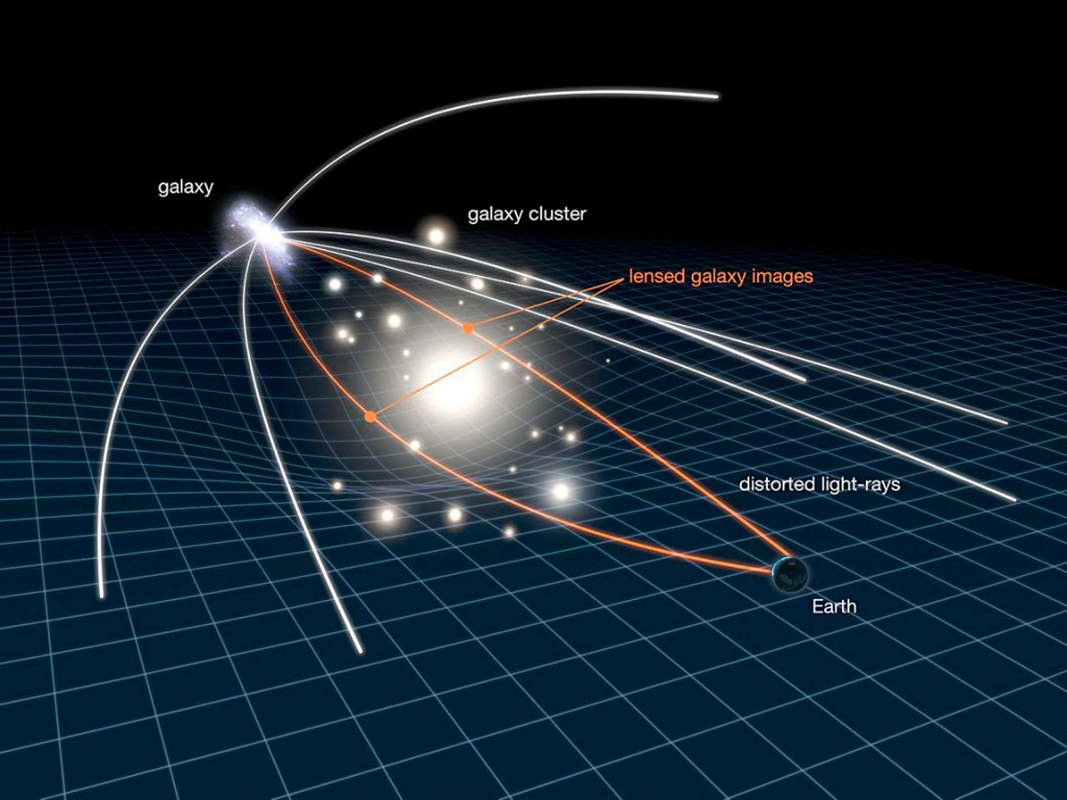 The above graphic shows the concept of gravitational lensing, which is the deflection of light due to mass. The mass causes distortion in space and changes the path of the light. (credit: Courtesy of NASA/ESA) 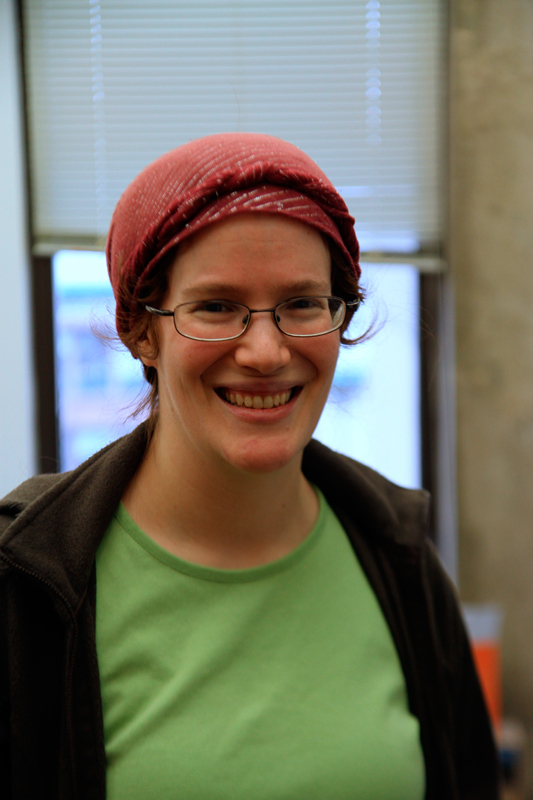 Asisstant physics professor Rachel Mandelbaum has been chosen to participate in an explorative study with NASA. (credit: Jonathan Carreon/Contributing Editor)

A well-known theory to explain this phenomenon involves a force called dark energy, which mysteriously repels gravity. While the existence of this force is generally accepted, no one has a solid understanding of what it actually is.

Carnegie Mellon assistant physics professors Shirley Ho and Rachel Mandelbaum have recently been selected to participate in the European Space Agency’s (ESA) Euclid mission, a survey that aims to uncover the secrets of dark energy and dark matter. Euclid will feature a 1.2-meter space telescope that will observe two billion galaxies in one-third of the sky. The portion of the sky that was chosen is currently being observed by various ground telescopes. Since space telescopes are very costly, Euclid will minimize its observations in space to complement data that is being taken from the ground.

“There are two ways that people like to make cosmological measurements,” explained Mandelbaum. “One way is to look at distance measurements and how they change with time. The other way is looking at the growth of cosmological structures with time.”

The first method — observing how distance measurements change directly with time — is related to Ho’s work with baryon acoustic oscillations (BAO). BAO are periodic fluctuations in the density of the baryonic matter (protons and neutrons) of the universe that are caused by sound waves from the early universe. The early universe consisted of a plasma made of electrons, protons, and neutrons that photons were unable to travel through; this trapping of photons created pressure differences in the density of the universe.

As the universe expanded and cooled, photons were able to move around freely, relieving the pressure from before and leaving behind a ripple of baryonic matter that can be observed in the present configuration of galaxies. “BAO only affect a small percent of the current universe,” Ho said. “Therefore, you need a very large volume of the universe before you can measure it.” With Euclid’s data, Ho will use BAO as a standard cosmological ruler — an astronomical structure — to determine how far away galaxies are, how they are accelerating away from us, and consequently, how the universe is expanding.

Mandelbaum’s research focuses more on the second method: She uses weak gravitational lensing to learn how matter in the universe clumps together due to gravity. “Gravitational lensing is the deflection of light by masses,” Mandelbaum said. “We can think of mass as something that causes distortion in space-time, so it changes the path that light will take.”

For example, a galaxy that might actually be circular will appear elliptical in an image because the light from the galaxy is bent on its way to Earth. But how do we know if the image is being distorted by gravitational lensing or if that is simply the shape of the galaxy?

“For a given galaxy, you never know how much of the shape you’re seeing is due to lensing and how much is due to the intrinsic shape,” Mandelbaum said. “But here’s the important thing to keep in mind: If we didn’t have lensing and just looked at galaxy shapes, they would just be randomly oriented and not aligned with each other. But gravitational lensing causes shape distortions that are coherent across the sky, so you look for coherent patterns in the shapes and the random parts will just average out while the lensing distortions show up as the coherent patterns.” This can be done by averaging images from many, many galaxies — which is why data from Euclid will be so valuable.

The Euclid satellite will not be launched until 2020, but there are many preparations that Ho and Mandelbaum must make in the years to come. Trade-offs such as whether they should cover more area but look less at each point or cover a smaller area but look at each point longer must be considered. Sophisticated image processing algorithms will also be needed before collecting data.

Although it has been over a decade since we discovered that the universe was expanding at an accelerated rate, dark energy has remained a profound puzzle. The Euclid mission aims to explore the history of our universe’s expansion and to finally shed light on the mystery of dark energy.