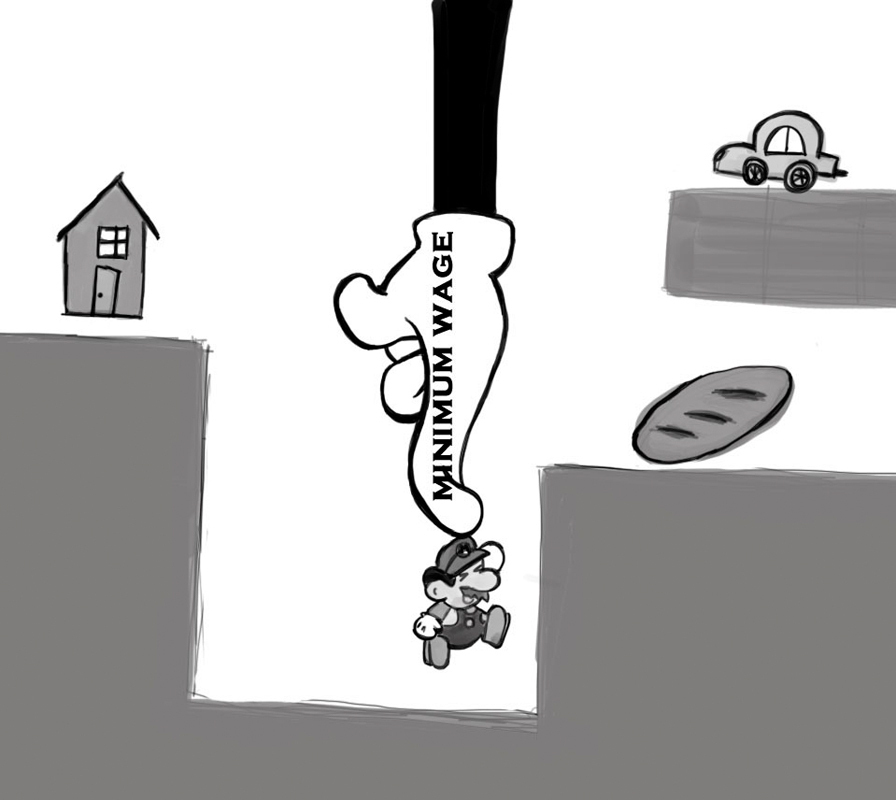 In his State of the Union Address earlier this month, President Obama proposed raising the minimum wage from $7.25 to $9 by 2015 and then continually adjusting it to inflation. Obama’s proposal is a breath of fresh air; the United States is long overdue for a raise in minimum wages.

As expected, the proposal received sizable backlash, notably from Senator Marco Rubio (R-Fla.), who denounced the very concept of minimum wage laws, and Speaker of the House John Boehner (R-Ohio), who stated that raising the minimum wage leads to greater unemployment.

Both of these responses indicate a larger trend in political discourse — an over-reliance on suppositions, as well as an alarming disregard for inductive reasoning. For example, both Boehner and Rubio’s reactions were based purely in theory and emotion, and simultaneously lacked supporting evidence. If the world worked according to economic theory, as both Boehner and Rubio seem to believe, then their concerns should be taken quite seriously. The inverse relationship between minimum wage and employment is a textbook example of theoretical economics.

However, this is not the case. Studies published by the University of California, Berkeley and the Center for Economic Policy and Research have both shown that increases in the minimum wage have not resulted in any significant increases in unemployment.

Vermont and Washington, both of which have state-mandated minimum wages that are closer to the proposed $9 than the current federal standard, have unemployment rates that are no higher than the national mean — 5.1 percent and 7.6 percent, respectively, versus 7.9 percent in January 2013, according to the Bureau of Labor Statistics. San Francisco, which has the highest minimum wage at $10.55 according to the Labor Standards Enforcement agency of San Francisco, actually has a lower unemployment rate — approximately 6.7 percent — than the national average.

With this data, raising the minimum wage is the obvious path to take. In addition to raising the living standard of millions of Americans, Obama’s proposed increase would result in an influx of $21 billion into the economy, according to Doug Hall of the Economic Policy Institute. Considering the current state of the economy, this is another no-brainer.

It is a shame that there are politicians who insist on maintaining party ideologies instead of integrating data and research preformed by experts into their decision-making processes. Politicians, especially those as prominent as Boehner and Rubio, should know better than to conflate ideals with facts. This conflation is essentially playing partisan politics with the livelihoods of millions of Americans, and it’s unacceptable. For the United States to remain a relevant force in the global economy, it is essential to move towards political empiricism and abandon baseless appeals to pathos. If we continue to choose to base our opinions on theoretical ideals instead of practical results, then progress will become nothing more than a dream.