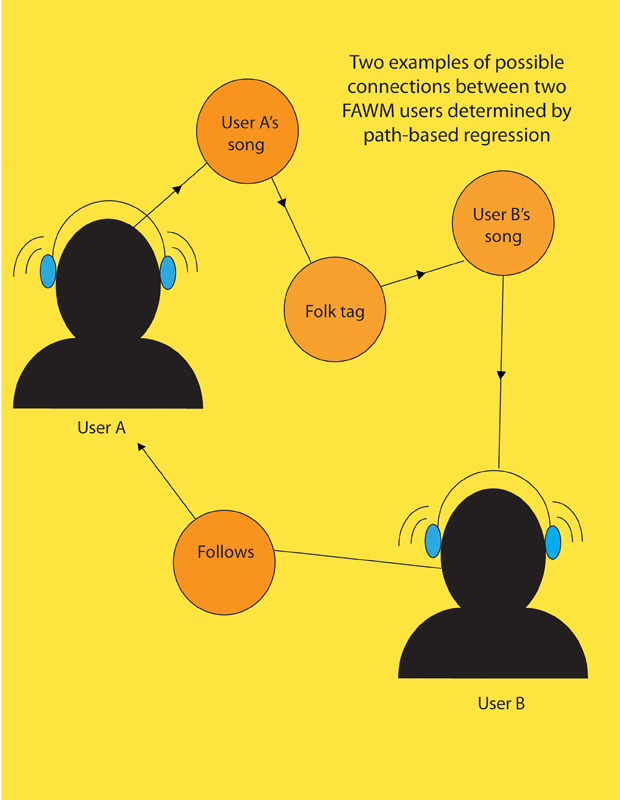 When postdoctoral fellow of machine learning Burr Settles was in graduate school, he was missing his passion; The rigor imposed by the University of Wisconsin-Madison left the once-avid musician swamped with research and classes. To get his musical fix, he and a few friends decided to try and write a song every other day for an entire month. The group chose February, and since then, the endeavor has bloomed into February Album Writing Month (FAWM), now a popular creative collaboration website that cranks out thousands of songs every February. Settles and assistant professor of human-computer interaction Steven Dow recently analyzed FAWM to answer some fundamental questions regarding creative collaboration.

The pair came with different skill sets, with Settles’ background in computer science and machine learning and Dow’s focus on social science. They used their diverse backgrounds to answer two main questions: How do creative collaborations form, and what makes a collaboration successful?

In FAWM, artists often collaborate to create their 14-song album. Settles and Dow utilized path-based regression to determine which factors were most likely to predict collaboration between artists. Path-based regression works by randomly working through a large set of data that includes users, user comments, songs, and genres. The program starts with one user; it then randomly makes a path through the data from that user until it hits another user. For instance, the program may start at user “A” then randomly move to one of user A’s songs, then to a comment user B left on that song, and then finally to user B. Settles and Dow used the lengths and maps of these paths and compared the results to artists that actually worked together to determine which factors or “connectors” were most common in collaborations.

The findings fell in line with some common social theories — for example, communication between users was a key predictor for collaborations. This communication may come in the form of users commenting on other’s songs, “following” each other, or directly messaging each other. The study also found that users collaborating together were more likely to have a similar, but not exact, amount of musical experience.

Perhaps even more surprisingly, Dow and Settles found a negative correlation between users who tagged songs with the same genre. For example, a user who tags his or her song as folk was more likely to team up with a heavy-metal singer that happened to appreciate folk than another folk artist.
“There is sort of a desire to connect to people outside your area of genre, which we found was an interesting thing that bubbled up,” Dow said. Settles added, “In hindsight, this makes a lot of sense, but there wasn’t a precedent for it in the literature.”

To answer what made a collaboration successful, Settles and Dow utilized a survey asking participants about their least and most successful collaborations. Along with asking users to quantify their experience (e.g. on a scale of 1 to 100, how much work did you put in?), users were encouraged to give comments. As with path-based regression, the survey yielded some results that were in line with common social theories: For instance, plenty of communication was key for a successful collaboration.

Furthermore, the artists were happiest with their collaborations when the work was split completely evenly. As predicted, artists who do the lion’s share of the work often end up dissatisfied. Surprisingly, however, the users who did little work also had negative feelings regarding the collaboration. “If you don’t put your work into the collaboration, it’s bound not to be successful,” Dow said. The study also indicated that a shared interest in genre did not necessarily predict a successful collaboration.

Settles and Dow believe the future application of methods similar to theirs could be far-reaching, especially in other areas of creative collaboration. Both believe the mixture of quantitative and qualitative analysis resulted in a successful collaboration of their own. “In the end, I think we made a lot of contributions in both directions that neither of us could have made alone,” Settles said.