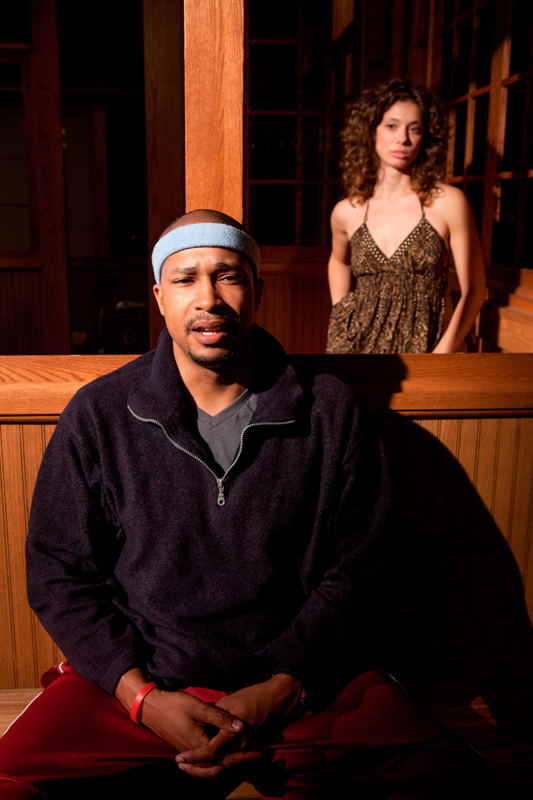 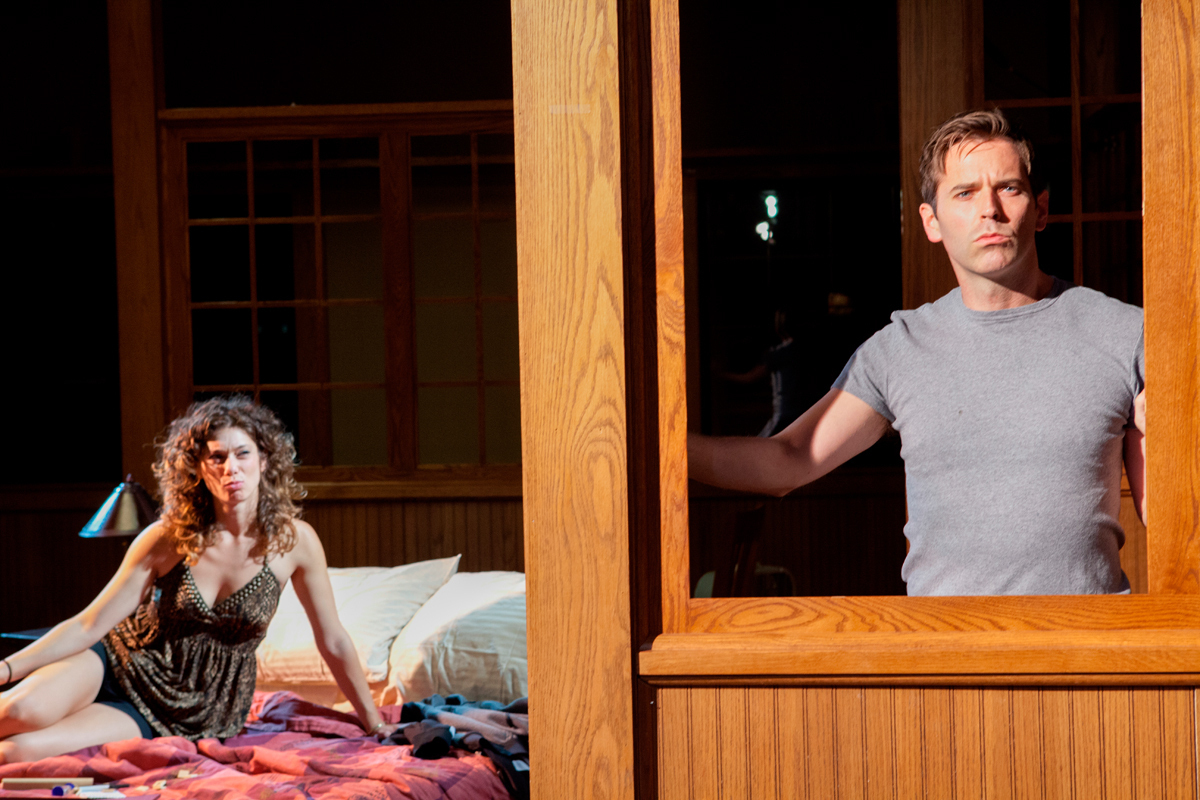 There comes a moment in life when things begin to feel as if they are slowly losing meaning, as things you once thought you understood — things you thought you loved — slip away.

Last Friday, Quantum Theatre opened the play Parlour Song, featuring School of Drama professor Cameron Knight. Instead of the theater’s East Liberty venue, the play is staged at the former Pittsburgh Burger Company location in Homestead, adapted specially for this production and lending itself to an untraditional and intimate performance setup.

Set in middle-class suburbia outside London, the play revolves around the lives of three characters: Ned (played by Knight), his friend and neighbor Dale (Brendan McMahon), and Ned’s wife Joy (Sarah Silk).

Ned is a demolition expert, literally blowing up old things to make room for the new on a daily basis. Yet in his personal life, he seems to do just the opposite, trying as hard as he can to preserve his marriage and his life.

In the couple’s first scene, a desperately eager-to-please Ned tries to enthuse his passive-aggressive wife by offering her more and more food and stories, all of which she rejects, unwilling to engage with her husband. Opposite Ned’s desperate attempts to find meaning in his life is his best friend Dale’s ability to live in the moment. Dale’s humor cuts through the tension created by Ned and Joy’s complicated relationship, but McMahon’s portrayal gives Dale depth in his own right.

The play deals with themes of dissatisfaction, the impermanence of life within time, and a fascination with the power of destruction. As Ned’s possessions all mysteriously begin disappearing from his home, the man who destroys things for a living begins to have nightmares of his life itself evaporating away. It becomes not the objects themselves that are important, but rather the symbolism of losing all the little parts of your life until you have nothing. Objects become symbolic of moments in time, in a world where relationships are impermanent and life is unstable overall.

The acting captures the intensity of ordinary yet profound dilemmas. Each of the three actors carries equal weight, creating a dynamic in the room that makes the simple script profound: Knight’s enactment of a man desperate to preserve the past, McMahon’s ability to balance Dale’s infectious humor but still come off as a dynamic character, and Silk’s stunning, emotionally charged performance of a woman trapped in her own life, searching for a way out. There are moments when we feel as if we’re inside the minds of all three characters. Even if everything that has happened isn’t fully understood, we feel fully immersed in their world.

What makes this play so engaging is that even as it deals directly with increasingly dark themes, the dialogue between the characters stays realistic. There is the sense that in spite of the characters’ urgency and desperation, these scenes are ordinary moments in time. This effect makes the piece all the more relatable, making viewers question the meaning in their own lives.

In addition to the dynamic acting, the tension in the play is created through the use of echoing music and dim spotlights. The stage and audience are undivided, making the stage feel a part of reality. Projected words, phrases, and images are used to comment on the action in between scenes. When the play ends, there is an intimate energy left over in the room, as the bedside lamp stays dimly lit. The scene created the illusion that although the actors had left, the set still carried the longing, anger, and confusion of the story.