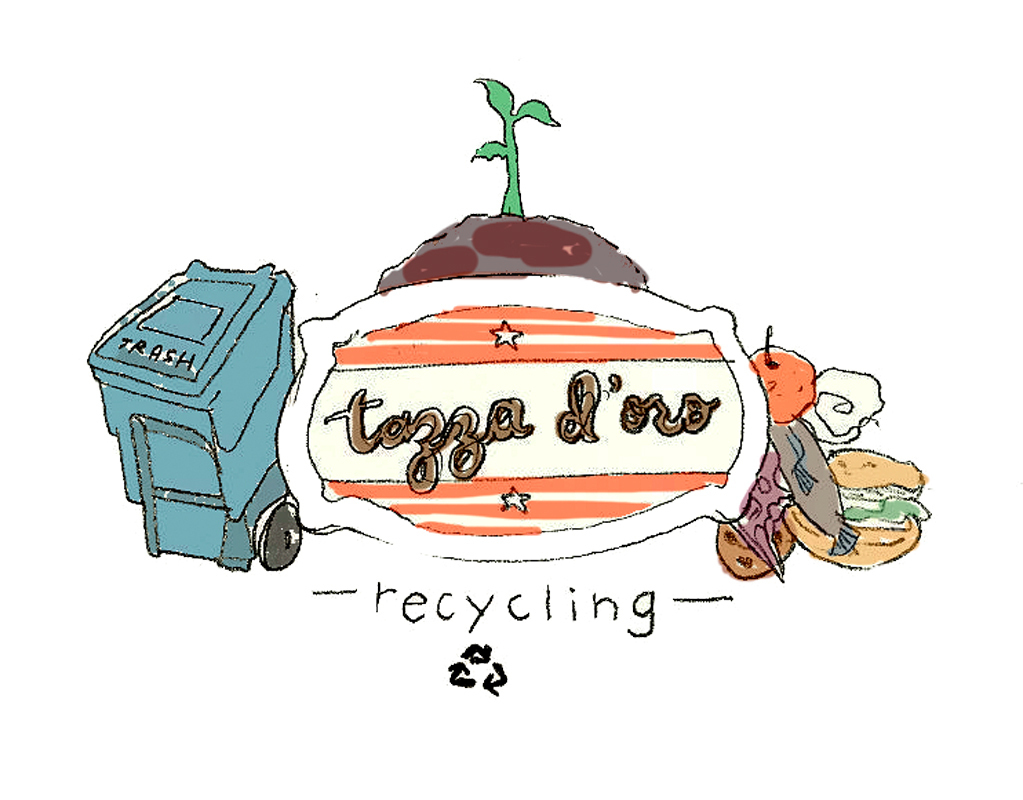 Carnegie Mellon students and staff have come together to test out a new composting program at Tazza D’Oro.

The program, part of the zero-waste composting project at Carnegie Mellon, placed a bin at Tazza D’Oro Café and Espresso Bar. Customers now have the option of composting their food and biodegradable utensils.

Tazza D’Oro was chosen to pilot the program, organizers said, because it already uses some biodegradable cups, utensils, and containers.

This is not the first composting initiative to hit Carnegie Mellon.

“We just rolled out 11 new departmental composting programs. In FMS, we put our coffee grounds [in composting]. We’ve been doing it now for well over a year.”

There are also several zero-waste events held on campus. According to Kviz and senior visual arts major Chloe Newman, one of the composting project’s organizers, the Almost Midnight Breakfast, the university staff picnic, and the homecoming chili cookoff have all been zero-waste events in the past.

“All of the cutlery, all of the food is compostable, and we have special compostable green bags at the event,” Newman said.

The major obstacle to postconsumer composting, according to the project’s organizers, is the lack of consumer education.

“We’re still in a phase where people need to be educated,” Kviz said.

“There’s so many kinds of plastics, it’s confusing to know what can be composted and what can’t.”

Organizers have sought volunteers to stand by the composting bin and help customers to compost correctly, but so far turnout has been low.

“It’s hard to talk to people without any reason, to approach a stranger,” said senior statistics major and former Sustainable Earth member Chris Conte, one of the project’s organizers. “A lot of people don’t care, they just want to get rid of their trash. I think the best way to change that is to educate people at freshmen orientation.”

One concern is the potential for contamination of composting bins. The university is charged extra for every bag of compost contaminated beyond a certain point, and Conte said contamination is already a problem on campus.

“You could look at any recycling bin in the buildings, and there’s a lot of contamination,” he said.

One solution, according to Conte and Newman, is to make composting a little bit difficult — for instance, by putting lids on the bins while garbage cans are open — so as to dissuade people who don’t know what they’re doing from contaminating the composting bins.

“Once the compost bins are in place everywhere, then we can work on student behavior and getting people to compost correctly,” Conte said.

But Newman said she has seen people change their minds at the spur of the moment and decide to compost.

“It’s kind of funny to see them stop and take that extra second,” she said.

A list of compostable products can be found at bpiworld.org.