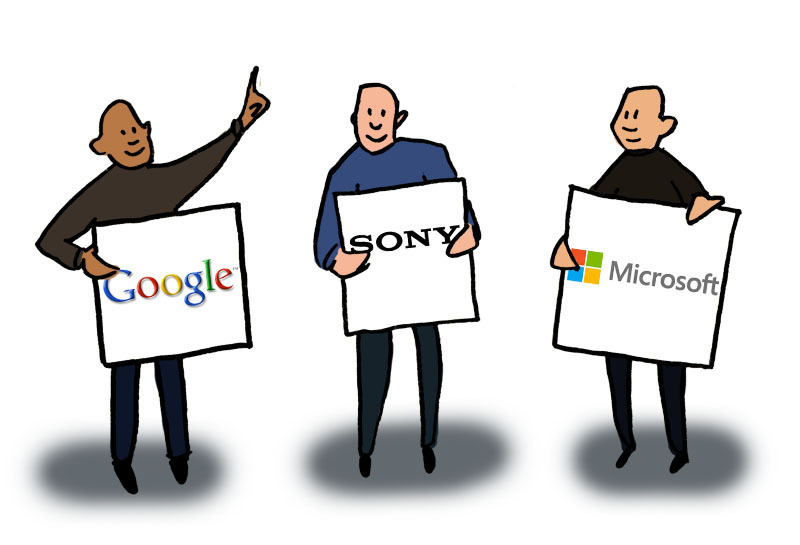 Several companies are rolling out a new strategy for marketing on campus this semester: student ambassadors. Sony, Google, Microsoft, Red Bull, and possibly others all have student representatives on campus. These students are usually paid employees of the corporations and receive training, goods for demonstration or distribution, and support from other trained representatives in networks spread across campuses nationwide.

Some student ambassadors are tasked with organizing and executing promotional events as well as acting as the heads of the local social media scene. These representatives can act as the spearhead for marketing strategies and events.

Maddie Horowitz, a sophomore computer science major, is a “Microsoft Student Partner.” Her first task was to set up a Facebook group for people interested in Microsoft products on campus.
“Carnegie Mellon students are pretty interested in this sort of thing,” Horowitz said, noting that in a competition among a hundred Microsoft Student Partners to get the most likes for their campus Facebook pages, the one she started had an early lead compared to those at larger schools.

“The most common reaction people have when they hear I’m a partner is, ‘Oh, does that mean you’re interning for them this summer?’ ” Horowitz said of the attitude toward ambassadors. “I think it’s a really good idea to hear this sort of info from a friend or other student instead of just a random person.”

Horowitz is involved in continual training with Microsoft products, and will soon be joined by another Student Partner on campus.

The representatives of Google on campus are junior electrical and chemical engineering major Beth Anne Katz and senior computer science major Brenda Lee. As Google Ambassadors, they have similar tasks to Horowitz with competing products. Together, they both expressed enthusiasm for the Google corporate structure and some of the upcoming products they have been briefed on, including a service that collects photos from events taken by different people.

Lee said that the most common reaction to her position was “Get me a job!” Having interned at Google, both Lee and Katz were quick to sign up for the Ambassador position, but stressed that it was a position any interested student should pursue.

However, not everyone is particularly enamored with these programs.

Recently, nontraditional marketing strategies — especially those that use people as the means of distribution — have aroused controversy. One of the most prominent in recent years was the “Homeless Hotspots,” Wi-Fi connections provided by residents of a homeless shelter who received $20 a day and were told to distribute passwords to wireless transceivers they wore in exchange for tips.

This initiative, run by BBH Labs during the South By Southwest festival in Austin, Tx. this past March, was denounced by many bloggers and members of traditional media, although the homeless individuals and a director of the shelter told The New York Times they weren’t bothered and had a hard time understanding the outcry.

This form of advertisement is one with some unique challenges other than public perception. Google recently fired an employee who was promoting the new Chromebook in Best Buy after he posted pictures of his uniform, badge, and certificate of completed training on Reddit, along with some information about the product he would be working to sell, as documented by The Daily Dot. His actions were a breach of a nondisclosure agreement that was still in effect regarding his training and work. Google did not make an announcement regarding the sale of Chromebooks in Best Buy.

Both Horowitz for Microsoft and Lee and Katz for Google said that their superiors were reached mainly through online means: either conference calls to corporate headquarters (frequently at odd hours due to time zone differences) or emails. The organizational structures employed in the work do mean a lack of day-to-day oversight and high levels of implicit trust in the student representatives, and while Lee and Katz said they may be called upon to provide Google with information from time to time, gauging the efficacy of the program as a whole could prove challenging.

Student opinions on the advertising strategy are split. Some, like sophomore mechanical engineering major Faith Quist, are put off. “Honestly, I think it’s kind of sleazy,” Quist said. “I don’t think it would bother me all that much but I wouldn’t do it myself.”

Quist said, recalling her summer job selling homework aids to students, “I wouldn’t want to do anything like that again.”

Other students, however, took a somewhat more positive view. “These are just students doing a job,” Peter Masters, a sophomore international relations and environmental policy major, said in reaction to such promotional maneuvers, noting that student representatives are not nearly as controversial. “I know some people were bothered by the Red Bull girls at the activities fair... [but]I don’t think it does any foul; it’s just a form of advertisement.”