Common courtesy is necessary for walking on sidewalks 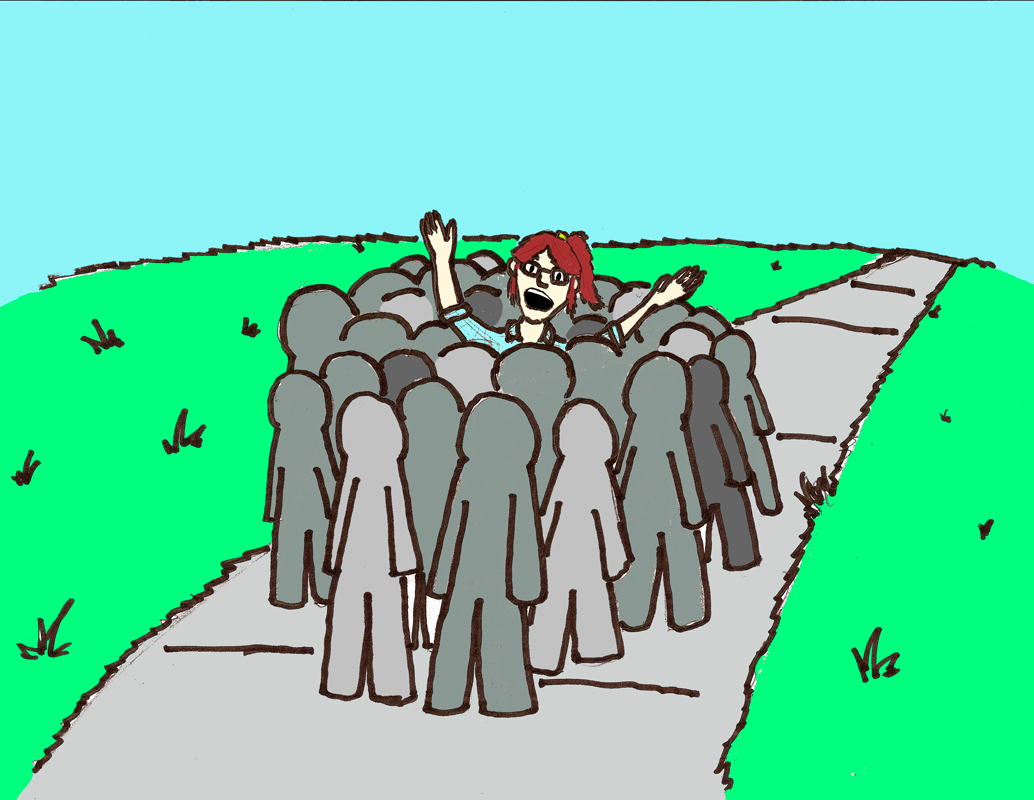 Common courtesy is necessary for walking on sidewalks (credit: Josh Smith/Forum Editor)
Editorials featured in the Forum section are solely the opinions of their individual authors.

I grew up close to New York City — famous for its pizza, pronunciation of cawfee, and erratic drivers. But its residents are famous for something else: knowing how to walk. I don’t mean they know how to strut or have more swagger; I mean that they don’t travel in hordes of 20 people and take up the entire sidewalk.

When I first came to Carnegie Mellon, the prevalence of bad walking was a shock. As a first-year I didn’t have a car, and the timeliness of the bus system is always a gamble, so walking was how I got around.

But this proved difficult when I would try to walk against the grain of a massive entourage of fellow students on a given sidewalk. The crowd saw me approaching and continued on its merry way as I attempted to walk by.

On multiple occasions, I was forced into the street because a large group of friends simply didn’t understand how to let a single person walk through their cluster — or they didn’t bother to care, which is worse.

Among first-years, this mentality is especially pervasive. You’re in a new place that will have a huge impact on your life. You’re away from your friends, family, and every comfort zone.

During your first few weeks here, you want to meet everyone you can and accumulate a solid core of friends to feel at home. But it’s easy to go overboard, inviting your whole floor to dinner instead of two close friends.

Luckily, this horde mentality eventually dies down and people learn to be okay with walking in a group of two or three, or even by themselves. This year’s incoming first-years were no different than any other incoming class.

As I watched their arrival to campus, I legitimately feared having to walk between Craig Street and Morewood Avenue. As expected, I was once again forced into the street by the clusters of first-years insisting on having a giant entourage everywhere they went.

This is just rude to everyone else on the sidewalk. Apply the overused axiom, “Do unto others as you would have them do unto you.” If you see someone trying to get by your group, move over. Don’t force them to endanger their life by having to step into a busy street just to get around.

So first-years — and anyone else who does this — please do everyone on campus a favor and watch where you’re going next time you venture outside your dormitory with your entire floor.

I’m assuming you and your friends didn’t overrun the sidewalks of your hometown before coming to Carnegie Mellon. Were you driving a car, you wouldn’t drive down all three lanes on Forbes Avenue; apply that same logic when walking around.

Just use common sense next time you’re out and about on campus and Pittsburgh.