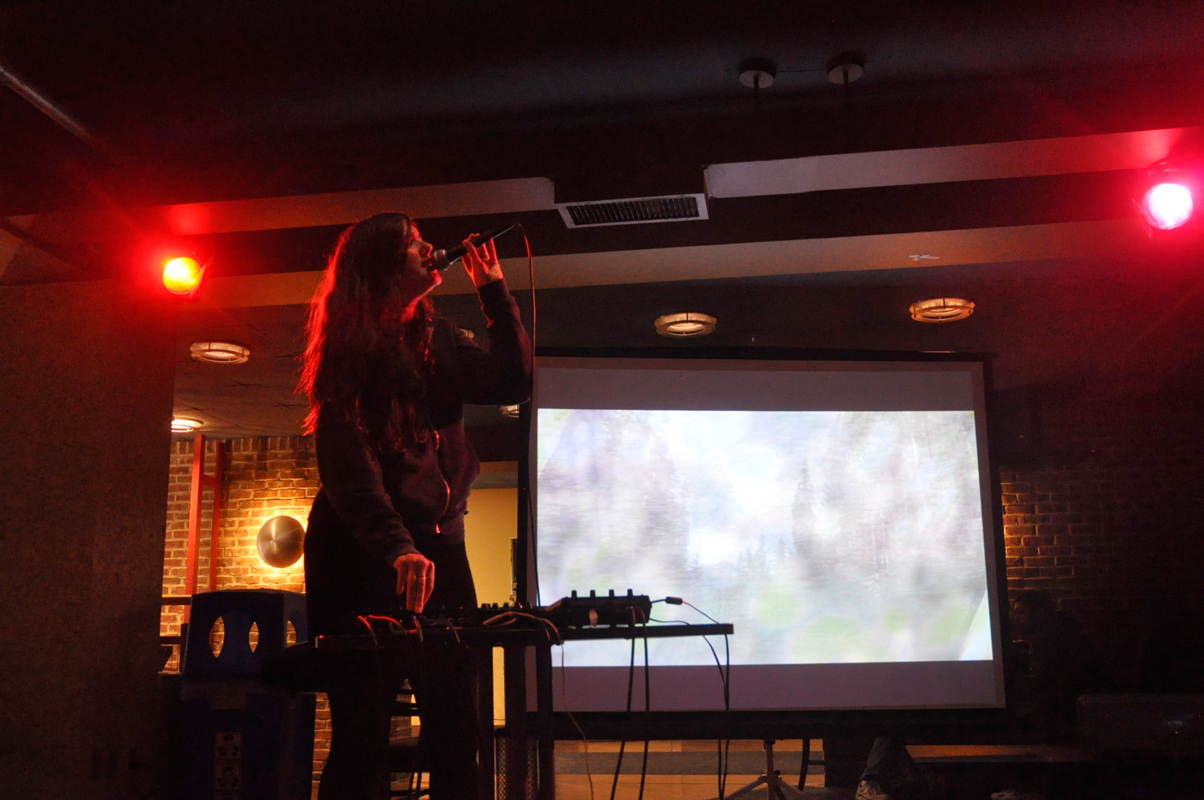 In a black hoodie and ankle boots, singer-songwriter Julianna Barwick could have easily passed as a normal Carnegie Mellon student stopping for a bite to eat at The Underground last Monday. Instead, she was there to play an intimate concert hosted by AB Underground.

Barwick’s music is a captivating combination of vocal loops and layers of sound. Working primarily with just a microphone and a loop board, she creates a heavy sound with haunting harmonies and tension. Her songwriting process is mainly trial and error. “When I’m making music, it’s all just on the spot,” Barwick said. “I’ll plug everything and start singing, start making a song, just like I do live, but I’m making it as I go. I keep whatever I like and I delete what I don’t like. And then later I’ll add guitar, extra melodies, drums, or piano.”

Her most recent EP, The Magic Place was released in February 2011 by Asthmatic Kitty Record. The record features a larger piano presence than her previous records and a distinctly melancholy mood throughout.

“My first two records are total bedroom recordings,” Barwick said, comparing her first two recording experiences with that of The Magic Place. “It’s so cozy to make stuff in your room, but with the first couple of records I had to spend a lot of time editing out a car driving by or the neighbors upstairs.... With the last record it was a soundproofed room with a baby grand in it.”

Talking about the name of the newest EP, Barwick said, “I lived on a farm when I was kid and there was actually a place like that that we called ‘the magic place.’ It was like this crazy tree that grew up and out and down, and you had to crawl underneath to get inside of it. And when you were inside of it, it was like an Alice in Wonderland house.”

When listening to The Magic Place, it’s hard to imagine any setting other than the woods. The album makes you feel like you’re surrounded by trees, no matter where you are. This same feeling carried over into her live show last week — from the swirling harmonies to the video projection behind her modest set up.

Made by one of Barwick’s friends, the visuals for her show were perfectly suited to the music. A shifting image of forests and rivers, the projection helped set the scene for Barwick’s ethereal music.

The Underground is a strange venue for concerts. With unassuming students wandering around and the occasional call-out of a number to signify that an order is ready, there are plenty of distractions. Barwick’s set, however, transformed The Underground into a peaceful and surreal environment, captivating the small but attentive crowd.

Barwick is scheduled to play at the Guggenheim next Friday with Grouper as part of the Divine Ricochet three-part music series, a much larger concert than the small show last week.

“Every show is different and every show has a reason,” Barwick said about performing at a variety of venues. “For me, its not always about the place, but where my brain is and how the sound systems sounds or how is the show going.”