Case of the lost peptide: The fight against HIV and SARS 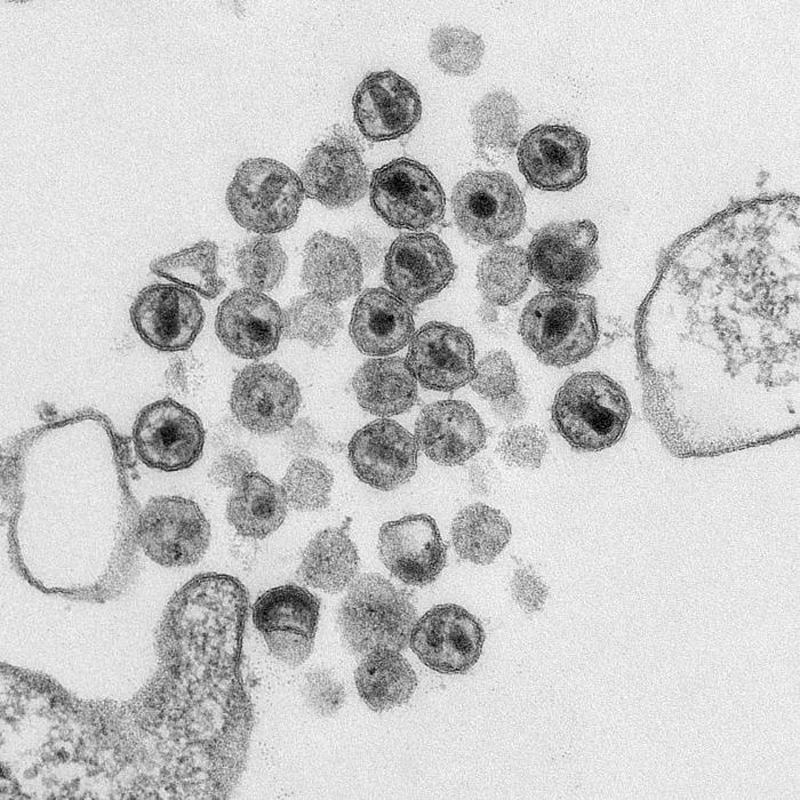 Over 30 million people worldwide are infected with HIV. Scientists are trying to recreate a protein that once fought against the deadly virus. (credit: Courtesy of Microbe World via flickr) 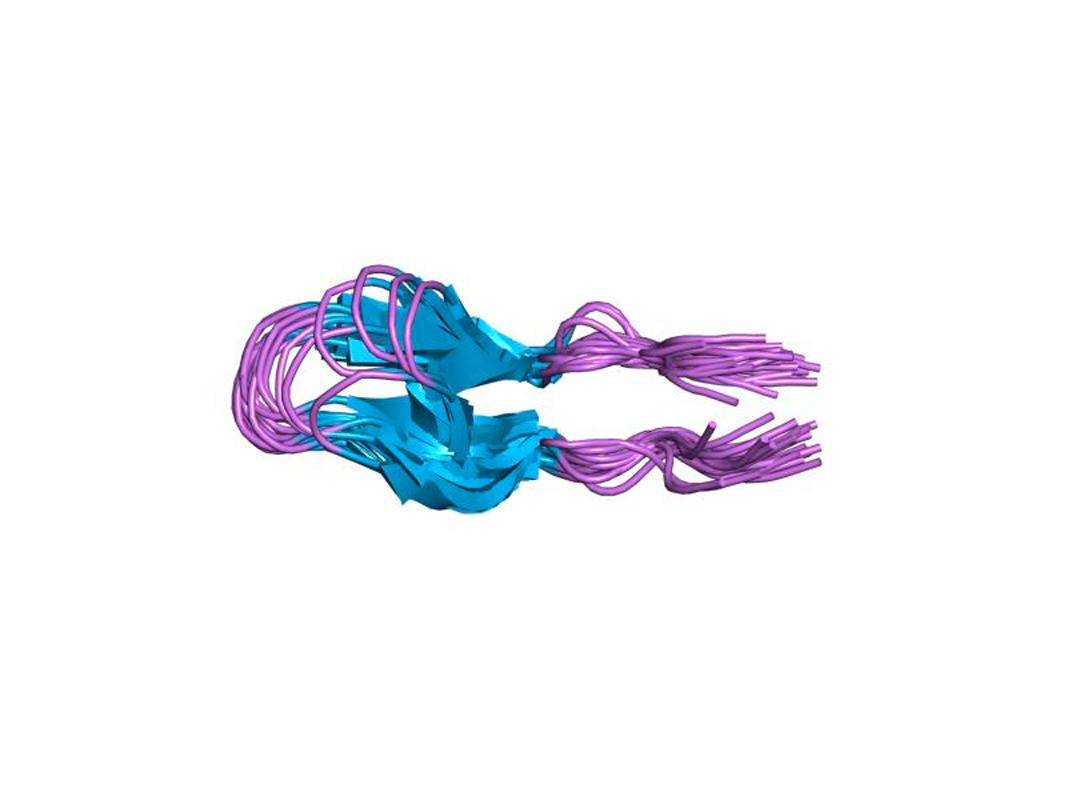 Peptides, such as the one shown above, are short chains of amino acids, which are the building blocks of proteins. (credit: Courtesy of Wikimedia Commons)

Bacterial infections like E. coli, salmonella, listeria, and staph are culprits for millions of fatalities each year. Viral pathogens like HIV and SARS are an increasing threat to public health, with the World Health Organization estimating that over 30 million people are living with HIV and more than 2 million new cases are emerging annually. At one time, humans may have had the capability to be immune to such diseases.

Today, researchers at Carnegie Mellon are searching through evolutionary history to produce a lost peptide that could fight these human pathogens once more. Associate chemistry professor Danith Ly recently led a breakthrough in synthetic peptide manufacturing that may help pave a path toward fighting HIV, SARS, and dangerous bacterial infections.

Peptides are fairly small chains of amino acids coded by DNA. They are of particular interest to pharmaceutical corporations because they are easily created and can have diverse formations with a relatively small number of chemical blocks. But a peptide’s shining quality is also its major drawback: The molecule’s flimsy nature and its inability to bind makes it nearly impossible to work with in a laboratory setting.

“I always thought in the back of my mind that I wanted to solve this problem,” Ly said. “It has been around for the last 40 years or so; a lot of people have talked about trying to develop peptides for therapeutic [purposes].”

The natural world has created an alternative to combat this problem by creating cyclic peptides.

“We found that nature has done an amazing thing in the past 85 million years or so,” Ly said. With their seemingly circular, knotted structures, the cyclic peptides are stronger, more rigid versions of their flimsy cousins.

“They have disulfide bridges that are connecting the strands together similar to a bicycle wheel. They have these reinforcements,” Ly said. “You can take this peptide, put it in water, heat to boiling, and the conformation remains rigid because everything is stitched in place.”

The cyclic peptide of interest was RTD-1, a peptide that was found in humans until some 9 million years ago, when a mutated gene eventually eradicated the body’s ability to recognize the peptide’s existence. Today, it naturally occurs in plants and some primates, like baboons and rhesus monkeys. The peptide has the ability to invade the cell wall and destroy invading bacteria.

Although RTD-1 had been isolated in the lab before, Ly explained that doing so is a tedious and difficult process. The complex bonds between the peptides call for large quantities of pure chemicals in the lab. In working with RTD-1, Ly and his team were searching for an alternative binding method that would make the peptide easy to produce without compromising its potent effect on pathogens.

A solution, it appears, had already existed. Understanding that the code for RTD-1 had once been in the human genome, Ly proposed that the peptide could be structured with hydrogen bonds found in human DNA.

In the lab, the team was able to piece together a synthetic RTD-1 peptide — which they called RTD-1M — with the hydrogen bonds. Then, they tested their Frankenstein peptide against four bacteria: Escherichia coli, Staphylococcus aureus, Listeria monocytogenes, and Salmonella typhimurium.

Their analysis showed that RTD-1M, like the natural RTD-1, could prove effective against all four bacteria.

Because of the unique way peptides fight bacterial cells, they have very promising effects in medical treatment. Antibiotics, unlike peptides, can easily become ineffective on mutated bacteria.

“That is very important, because these pathogens rapidly mutate,” Ly said, “so even if you take some of the most potent antibiotic today, if you were to continue taking this antibiotic for a period of six months to one year, eventually it’s going to develop a resistance.” Ly explained that even if the bacteria had become resistant to the antibiotic, its cell wall would still succumb to the peptide. The peptide, in essence, has the possibility to overcome resistance.

As for viral infections like HIV, research has shown that the peptide is effective at stopping the disease from spreading. Scientists, however, are still trying to figure out how it works. According to Ly, researchers who have incubated cells with RTD-1 and HIV have shown that the effectiveness of HIV is significantly reduced.

Looking to the future, Ly hopes that he can further pursue this promising area of research. He is excited by the potential synthetic peptides could have in developing countries as well as in America.

“The long-term goal is to develop these things for the developed country to use, but also for the poor and the underdeveloped regions, so if we can make this thing for the cost of a dollar per pop or something, maybe less — that would be useful, I think,” Ly said.

Ly is pursuing funding for similar future projects. His research currently points toward a new way of thinking about medication.

“I think the main take-home lesson is that we could make this thing extremely cheap, and it has the potential to not develop resistance because of the mechanism of binding and the structure of the bacteria, as compared to small-molecule drugs,” Ly said.