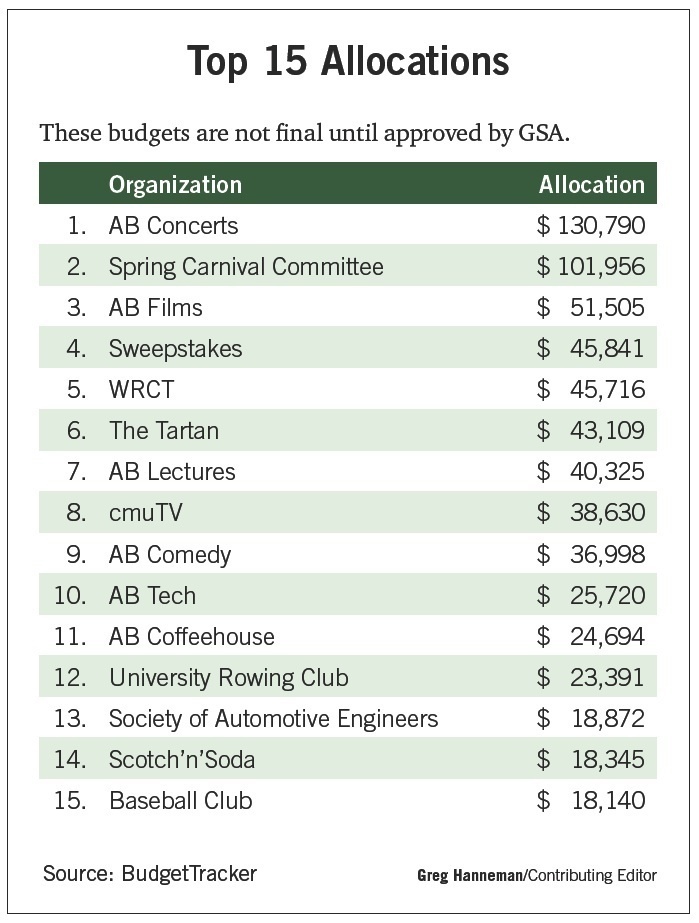 The finalized Joint Funding Committee (JFC) student organization budget allocations were not released on Thursday, as expected, because the Graduate Student Assembly (GSA) failed to maintain quorum at a joint meeting with Undergraduate Student Senate to approve them.

“The problem was because the debates over these changes took longer than anticipated, GSA wasn’t able to maintain membership,” said junior lighting design major Jon Mark, a student Senator and Vice President-elect for Finance. “People walked out because they had other commitments.”

Senate voted to approve the budgets as they were, with only three changes: Restoring the Activities Board (AB) food budget to the amount AB requested; restoring AB Tech’s food budget and projected revenue to the amount requested; and eliminating a $400 line item for student government debates from The Tartan’s budget, because it is covered in the student body president’s budget.

GSA will vote on the budgets during its normally scheduled meeting on Wednesday.

“If GSA makes any additional changes or doesn’t agree with any of Senate’s changes, then it’s going to go back to Senate at Senate’s meeting, and if Senate doesn’t approve it at that meeting, then we go into a really weird limbo place,” Mark said. “Nobody really knows what happens then.”

Mark said that he does not think that getting the changes approved by GSA will be a problem. “The changes that we’ve made are very reasonable, we think, so I don’t anticipate it being an issue with GSA,” he said.