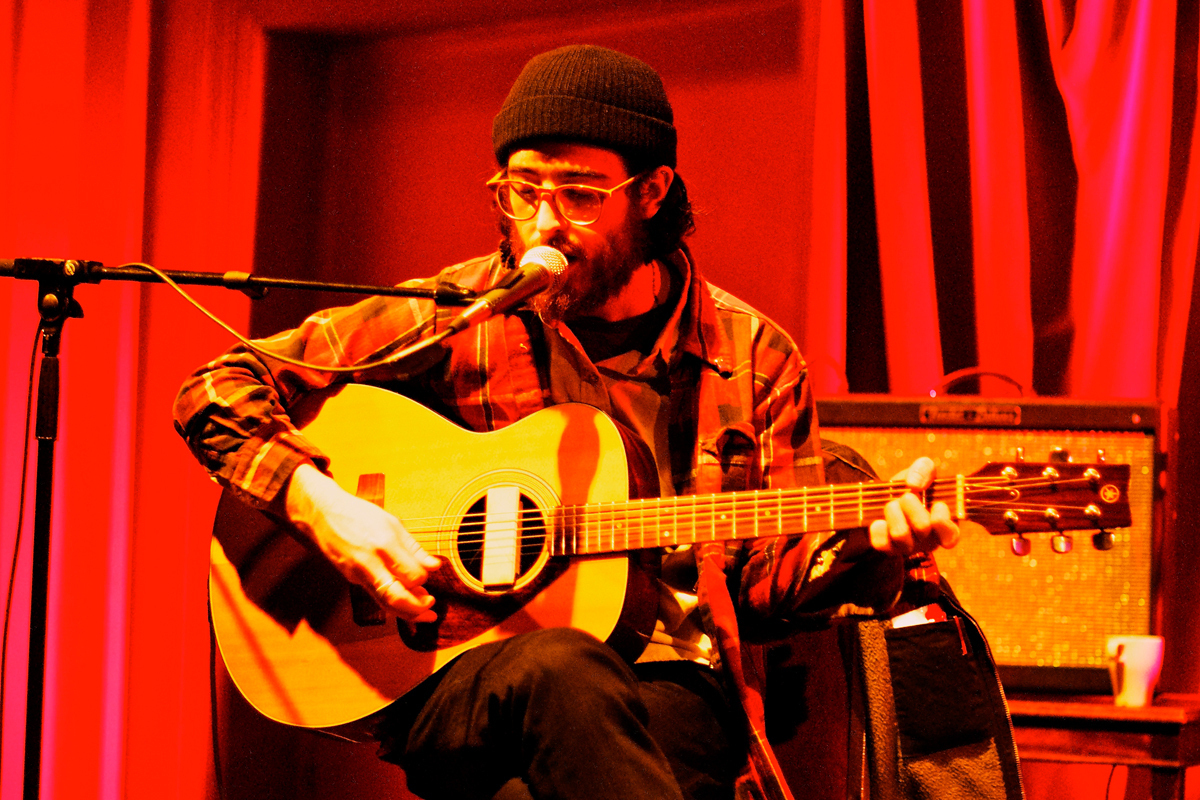 MMOSS, in particular, was a perfect opener for Woods. With its droney guitars set off by an earthy flute, MMOSS set the tone for the rest of the concert. MMOSS just finished recording its newest album and released the first single, “Spoiled Sun,” from the album in early April. Many of the audience members seemed unfamiliar with the band’s music, but the sound was similar to that of Woods, and the set was enjoyable.

The group played songs from nearly all of its five studio albums, including fan favorites like “Time Fading Lines” from 2010’s At Echo Lake, “Rain On” from 2009’s Songs of Shame, and “Pushing Onlys” from 2011’s Sun and Shade. Perhaps the best part of the concert was Woods’ continuous transition between actual songs and seemingly impromptu jam sessions. After 15 minutes of hazy guitar loops and repetitive percussive beats, Earl would break the trance with his almost whiny vocals, entering the next song.

The subtle vocal harmonies present on Woods’ recorded albums were hardly noticeable in the band’s live performance, likely a result of the decent-at-best PA system at Garfield Artworks. Despite the sound system, Garfield Artworks was the perfect venue for this concert, creating an intimate and welcoming atmosphere. The small venue was fairly crowded, with enthusiastic fans standing on the chairs lining the walls and gathering close around the small stage.

Overall, Woods put on a strikingly sincere performance, with Earl’s vocals easily floating over the rest of the group’s layered guitars and percussion. The musical talent of the group was evident in their live set, always keeping track of each other’s movements and the audience’s vibes.

Earl also runs Woodsist, a Brooklyn-based lo-fi record label that releases all of Woods’ albums in addition to those of other psych-folk bands like Ganglians, Sun Araw, Psychedelic Horseshit, Raccoo-oo-oon, and The Fresh & Onlys. Woodsist also hosts a two-day music festival every summer in Big Sur, Calif., that features the label’s bands.