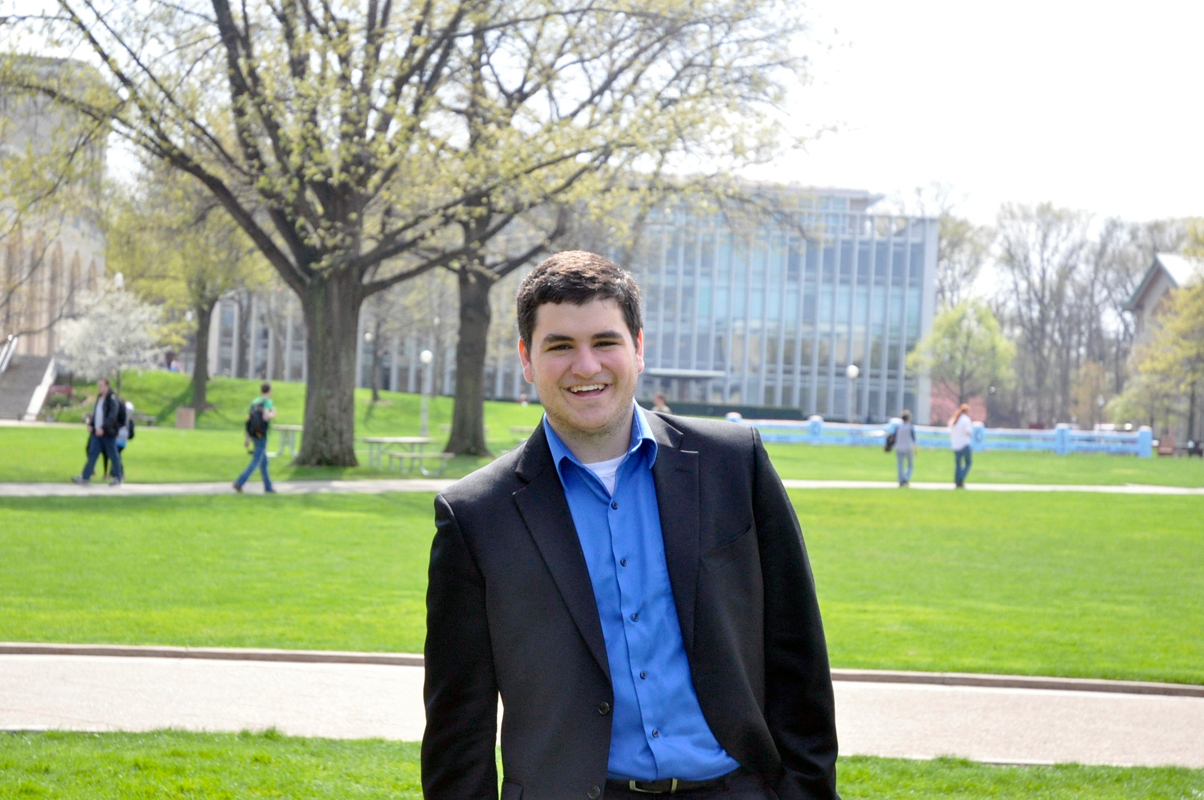 Jake Flittner maintains that he has fulfilled his constitutional duties. (credit: Kate Groschner/Staff)

Student Body President Jake Flittner is happy to be back to work.

On Feb. 23, the Undergraduate Student Senate voted to begin impeachment proceedings against Flittner, a senior mechanical engineering and engineering and public policy double major. For three weeks, he was constitutionally prohibited from performing any of his presidential duties. Last week, when the Graduate Student Assembly (GSA) failed to reach quorum at a joint meeting to vote on the matter, the motion expired, and Flittner was reinstated as president.

One of the rationales that Senators who moved to impeach Flittner gave was that he had failed to carry out his constitutional duties, but Flittner maintains that he performed those and more. Among other complaints, some Senators accused Flittner of not attending or sending a representative to every Student Senate meeting, which he is constitutionally required to do.

“For the course of this whole year, between myself and [Student Body Vice President Sangita Sharma], we’ve gone to basically every meeting,” Flittner said. “Have there been one or two that, just because of schedule conflicts, we haven’t been able to make? Yeah. [But] we’ve been in the upper 90 percents. I believe there’s been one or two one of us hasn’t been there for. First semester, I went to most of the meetings, and then second semester, Sangita’s been going to almost all of the meetings.”

Flittner does not believe that one or two missed meetings over the course of a year constitute a failure of duty.

“I ask myself the question, ‘Why is going to Senate, why is going to GSA in the actual constitution?’ Well, if you look at my actual powers, I have the ability to veto. So if there’s any sort of motion that goes through Senate, I have the power to veto that motion. I think that it’s important for myself to know what is going on in the actual Senate meetings. And I think that that has been completed from either Sangita or myself going to the meetings, as well as through our conversations in [Executive Committee meetings].”

In addition to his constitutional duties, Flittner says that he has done considerable work on the platform on which he was elected, which he claims is more detailed and comprehensive than previous presidents’ have been.

Flittner asserts that he succeeded entirely at some of the intitiatives, such as Friday Frenzies and healthy eating. The first Friday Frenzy occurred last Friday, and two more are scheduled to take place this week and next. Flittner said that other initiatives, such as the overhaul of Parents’ Weekend, were accomplished independently by the university administration or other bodies. In those cases, Flittner said that he lent support where possible.

In the cases of the diversity honors program and the Tartan Taxi, Flittner said that he simply discovered, after working to put them into place, that they were not possible. Tartan Taxi, he said, was a program similar to those that other universities have implemented. But for legal reasons, he discovered that Carnegie Mellon could not implement its own cab system, and no Pittsburgh cab companies were interested in the project.

Similarly, Flittner said that the only way to implement the diversity honors program would have been to make it a course, which he feels would have violated the spirit of what he and Sharma were trying to achieve. Sometimes, he said, you just don’t know what will work until you try.

“Platforms are a promise to work on issues. A lot of these issues that you come up with, it’s not a question of, ‘You should have known that you can’t do this.’ You don’t know until you really start getting into that process. After a lot of work, that’s when you find out this can work or this can’t work.... And I think that ‘want to try,’ ‘want to have happen,’ is maybe where there’s a miscommunication between candidates and the student body, where somebody thinks, ‘If I vote for Jake, there will be a Tartan Taxi.’ That’s not what we said. It was, ‘We want to try to have a Tartan Taxi, so we’re going to work on trying to get it. Will it happen? I can’t tell you for sure, because I haven’t started working on the project.’ ”

Despite the work that Flittner says he and Sharma have done during their term, there is one area of his platform in which he admits failure: transparency. “[Student government transparency] is one thing I don’t think that we’ve done to where we’d like to. I’ll admit that. We put it as a lower priority ... because our main focus was trying to get initiatives done. That’s kind of how we focused. And in the process, we made it so that we weren’t as transparent as we’d like to be. We pretty much just followed previous precedents that were put in front of us. And I think this is something that, when leaving office, we’re really going to push to other future presidents that this is something that should be made a high priority.”

In fact, Flittner hopes that increased transparency will be one of the byproducts of the motion to impeach him. Currently, he said, each president improves in small ways on the job that previous presidents did. But, Flittner said, the impeachment process has allowed for student government to have a conversation about what the role of the president should be. His hope is that the next president will be able to improve in big ways because of that conversation.

He pointed to one constitutional duty of the president that he believes to be the most important: “Facilitate representation of the student body throughout Carnegie Mellon University’s Pittsburgh campus.” This is the line that Flittner says is responsible for the way that the role of the president develops.

“It is abstract,” Flittner said. “It’s designed to be that way ... So that you can have some fluidity in your actual presidents. So you can have different styles of presidents.”

“I would like to see a lot more student body support,” Flittner said. “Right now, for instance, if I try to have a town hall, the town halls that I’ve tried to have, you get a few people show up.... When I held my town halls, I had 20 people at a town hall, and that was a success. Because students are so busy here.... So if you have a more open-dialogue culture, I think it would allow for an ideal president to be able to really be out there in the campus community, really be out there having larger town halls, having larger addresses, having larger open communication with all of campus.”

As for how to create such a culture, Flittner said that the changes have already started to happen. The key, he said, is patience. “I think it’s something that has been developing. It’s a process. You can’t just flip a switch. You just have to slowly develop your community and develop your relationship with that community by doing projects and just trying to make campus better.”