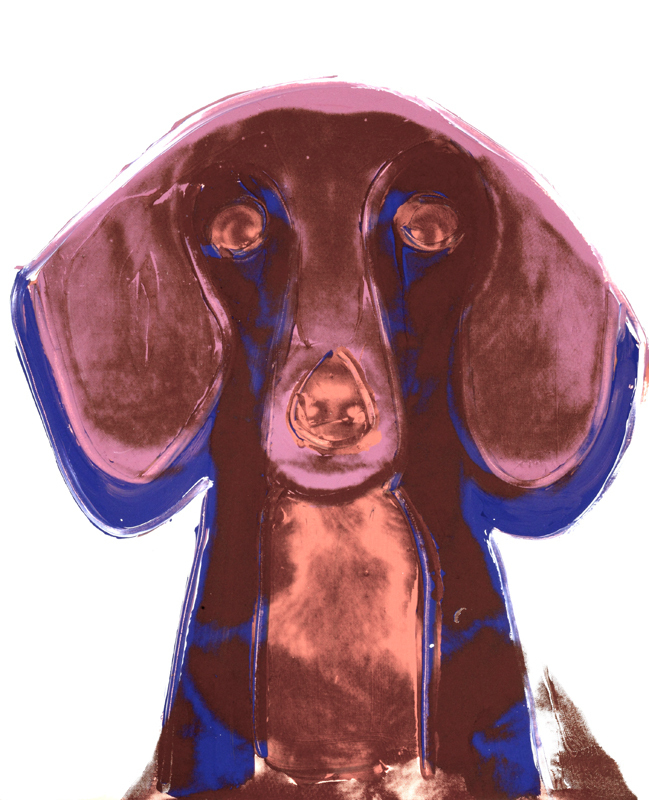 Thanks to a recent partnership between the Andy Warhol Museum and the Carnegie Museum of Natural History, fans of cats, dogs, and Andy Warhol can experience Warhol’s 1976 ode to man’s faithful companions: the Dogs and Cats print series.

Together, the museums have dedicated the space just preceding the Benedum Hall of Geology in the Carnegie Museum of Natural History to exhibiting Warhol’s varied print work. Dogs and Cats is the second exhibit to be held in this space. It follows another exhibit that displayed Warhol’s prints of endangered species. The collaborative effort to put together Dogs and Cats was organized by Natural History director Sam Taylor and Warhol director Eric Shiner.

In a press release, the Carnegie Museum of Natural History expressed the significance of exhibiting these portraits: “These works remind us of the complex relationships between humans and domesticated animals.” Although the museum claims that examples of this long and intertwined history can be found throughout the museum — in exhibits like the Walton Hall of Ancient Egypt’s cat mummies and the Polar World’s depiction of Inuit reliance on dogs for transportation — the justification is weak.

There simply isn’t a lot in the Carnegie Museum of Natural History that deeply explores the relationship of man and domestic animals. While it may not meet the expressed purpose, Dogs and Cats does provide a colorful passage for museum patrons.

The Dogs and Cats series is among Warhol’s lesser-known works. The eight silk-screened painting set features common house cats and dog breeds such as the Great Dane, West Highland Terrier, and Dachshund. The series began in 1976, when art collector Peter Brant commissioned Warhol to paint his Cocker Spaniel named Ginger. Warhol made two paintings of Ginger, as well as numerous drawings. Brant liked these works and encouraged Warhol to do a whole series of cat and dog drawings.

When viewed, a juxtaposition of eeriness and vibrant personality comes forth from the depicted pets. This eeriness is likely due to Warhol’s decision to use stuffed animals for his first cat and dog photos. He took this approach because of the difficulty he initially faced when staging the pets. The subsequent paintings Warhol completed were done from photographs of cats and dogs and, given his predisposition to work from photographs as an illustrator, it is easy to understand why the later pets are so vibrant and infused with personality.

Dogs and Cats’ vibrant colors and energetic swatches of paint contrast the rigid tension created by the exhibit’s wallpaper. The backdrop of the current exhibit, a three-color wallpaper print on sand-colored paper, is actually a reproduction of the fish wallpaper that was created as a backdrop for Warhol’s exhibition Painting for Children at the Bruno Bischofberger Gallery in Zurich, Switzerland, in 1983. Like much of his art, this backdrop was visually engaging because of its hypnotic repetition.

Despite the interesting background, the mundane subject matter of domestic pets does not create as much excitement as the previous exhibit’s endangered species prints did. As such, the fish backdrop is an essential element of the curated exhibit that prevents the room from feeling too sparse.

Despite Dogs and Cats’ small size as an exhibit and its seemingly lofty mission, the exhibit is a pleasantly whimsical contemporary experience that will add to patrons’ museum visits.