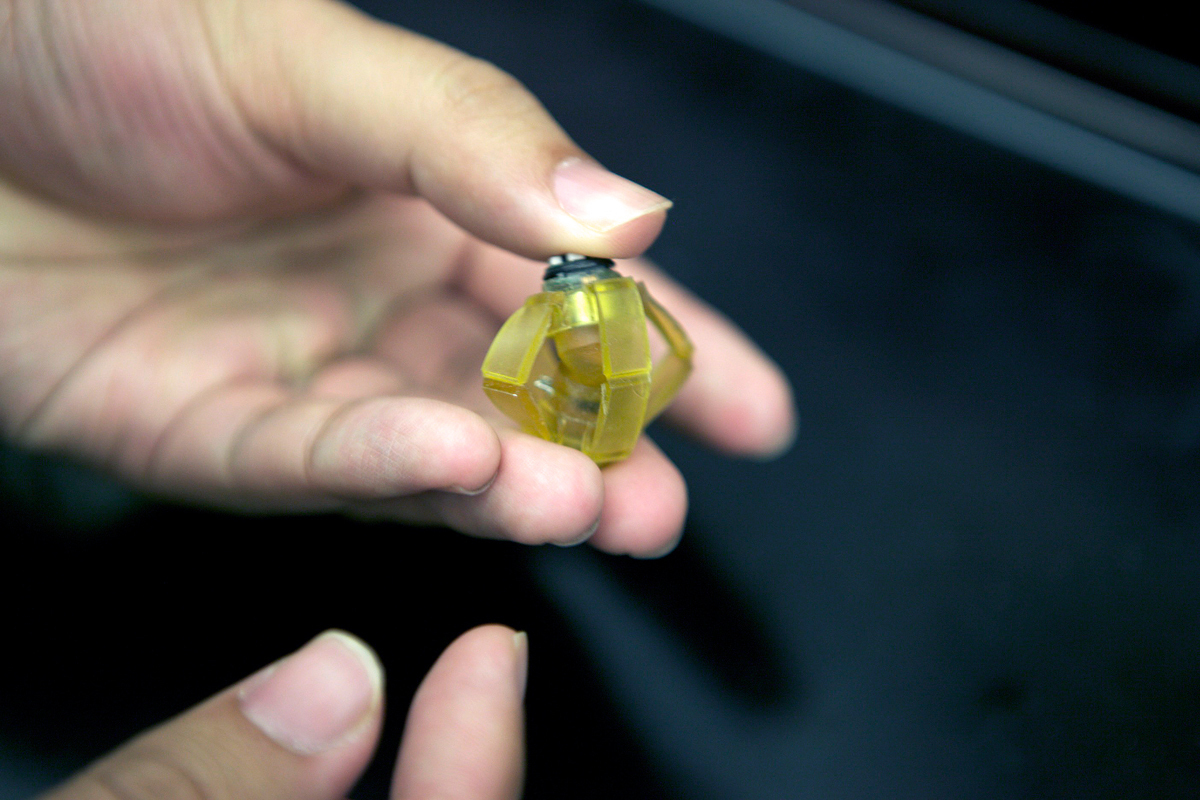 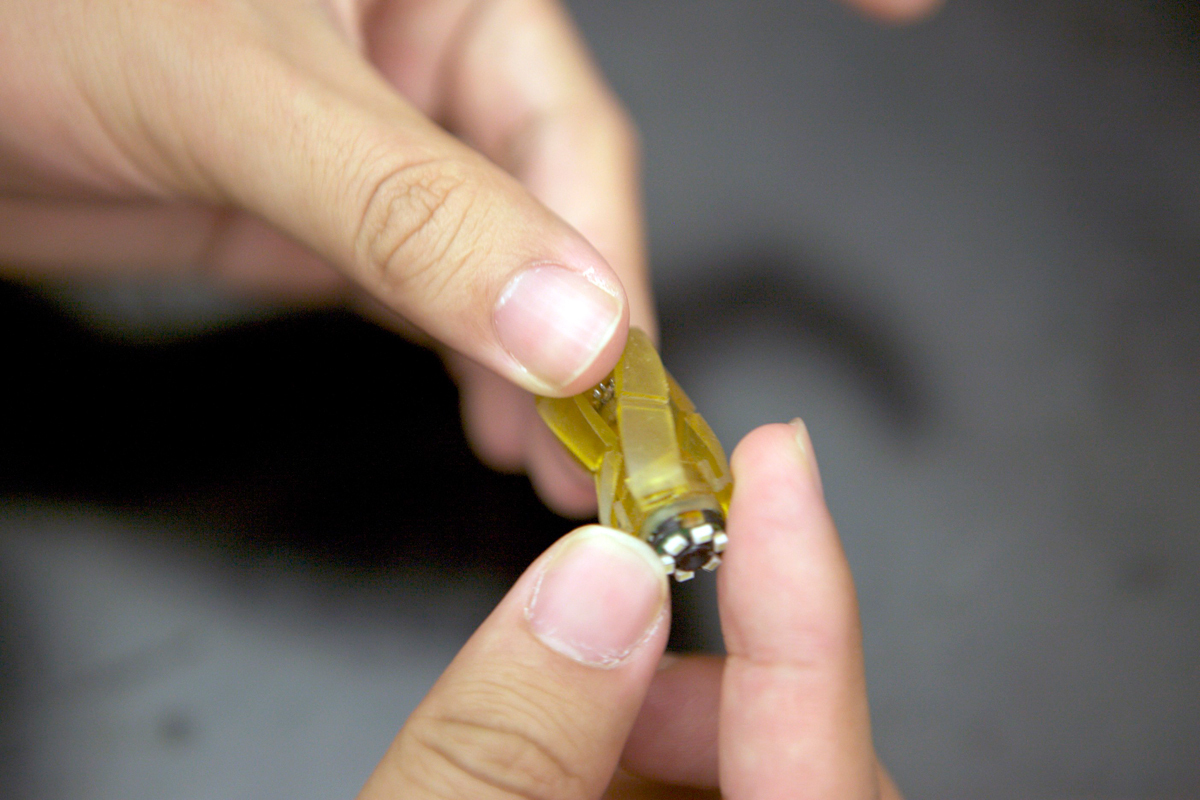 Mechanical engineering professor Metin Sitti and Ph.D. student Sehyuk Yim recently received funding for their research in medical capsule robots. The robots will be able to roll and twist inside a patient’s stomach once ingested. The researchers hope that this method will have the same advantages as wired endoscopes, but be much less invasive. (credit: Jonathan Leung/Junior Photographer)

When someone mentions robots, popular representations such as R2-D2, Wall-E, or the Terminator may come to mind. But what if scientists could make robots so tiny they could navigate inside the human body? Metin Sitti, Carnegie Mellon professor in mechanical engineering and head of the Nanorobotics Lab, and Sehyuk Yim, a Ph.D. student in mechanical engineering, recently received funding for their research on medical capsule robots.

Pill cameras that take pictures of the gastrointestinal tract after being swallowed have already been around for 11 years. These miniature cameras are FDA-approved and widely used in hospitals — but they do not have any functions beyond imaging.

“Imaging is good,” Sitti said, “but it’s a passive tablet you swallow that moves through your body naturally. If you miss something, you cannot go back. If you want to stay at one place longer, you can’t. If you want to do drug delivery or a biopsy, there is no way to do that because the capsule is not controlled.”

Sitti and Yim wanted to engineer an active robotic capsule that could be controlled while inside the gastrointestinal tract. Some scientists utilize wired endoscopes, which are tubes with an attached light source, to illuminate an organ. While endoscopes can perform camera imaging, inject drugs, take tissue samples, and have heat probes, they are also highly invasive.

“We want to combine the advantages of wired endoscopes with all its functions and try to put that into the pill camera so we can have an active pill that can do all of these functions in a minimally invasive manner,” Sitti said.

A popular idea in medical robots has been tiny rigid robots that can move inside the body using legs. To overcome the safety hazard of rigid robots, Yim decided to explore the idea of soft capsule robots made of a squishy material called elastomer. In addition to being safe inside the body, the shape of a soft robot can be easily changed. “Combining soft robotics with nanorobotics is a novelty,” Sitti said.

Sitti and Yim designed a robot with two heads that has an internal magnet at each end. Using an external magnet at a certain distance away from the robot, the capsule can be remotely controlled. By using magnetic fields to contract and expand the soft capsule after it has been swallowed, the tiny robot can roll and twist inside a patient’s stomach.

The researchers hope to improve this concept by increasing the friction on the capsule’s surface — perhaps with adhesive fibers inspired by the fibers on geckos’ feet — so that it can move more easily on the mucus-covered stomach lining.

“You can put a drug chamber in the middle, and by changing the formation of the capsule, you can inject a drug,” Sitti said. Another function of the capsule is to inject biopsy microgrippers that come out and grab tissue by folding and contracting when exposed to body temperature. After the capsule leaves the body naturally, this tissue sample can be taken out and examined.

The building process for these tiny capsule robots takes a high level of precision. “I use a molding process,” Yim said. “These capsule robots are made of polymer material, so we have to use a 3-D printer, which is a rapid prototyping machine that works by layering of material. Using this, we make a mold that I can then pour a polymer into. After seven or eight hours, the elastomer is cured and I detach it from the mold and assemble the parts.”

By using this molding process, Yim is able to make many copies of the capsule robot in an inexpensive manner.

“We haven’t yet built a full prototype that we can try clinically on animals,” Sitti said. “We’ve just built prototypes for different functions.” With their new grant, Sitti and Yim hope to have this full prototype done within the next year. After it is approved by the FDA, which is a long process that will take approximately 10 years, Sitti and Yim can see their capsule robot being used for real-life applications.

In the meantime, their in-progess soft capsule robot can be applied as a health monitoring system that works by giving the swallowed capsule the capability to detect what foods a person eats. This can benefit patients that have problems with their digestive tract.