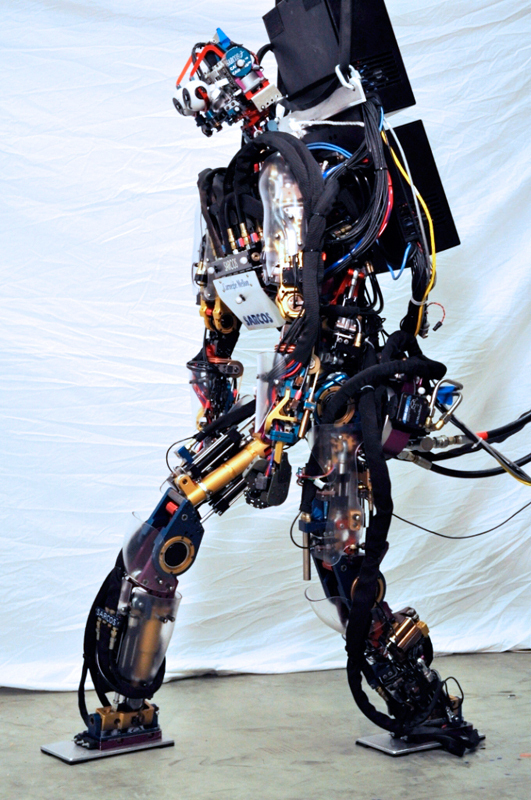 Imagine robots that can survive in and respond to disasters. Relief efforts, like those recently mobilized for Hurricane Sandy, would employ machines to complete tasks that would normally pose large risks to humans. Researchers at Carnegie Mellon are developing prototypes that may help in these dire situations.

Three Carnegie Mellon robotics teams were selected to compete in the Defense Advanced Research Projects Agency (DARPA) Robotics challenge and now have a chance to win $2 million. The teams are split into Track A, which includes the Tartan Rescue Team, and Track B, which consists of Team Steel and RE2.

DARPA has split the competition into two parts: a virtual competition this June and a live hardware challenge in December 2013 and December 2014. While Track A receives $3 million in funding from DARPA to develop both software and hardware, Track B teams receive $375,000 to only develop software.

Both tracks will work on individual robots and equip them to complete physically challenging tasks in response to dangerous human-engineered environments. DARPA’s ultimate goal is to have robots provide disaster relief in place of humans, who would risk their lives to do the same tasks with less efficiency and effectiveness.

According to Atkeson, the robots will have to complete a series of actions: getting in a car, driving, getting out of a car, walking through a field of debris, opening a blocked door, climbing a ladder, turning a valve, and connecting a cable.

In a university press release, DARPA program manager Gill Pratt explained that the challenge is designed to create a bridge that allows innovators to build more capable, affordable robots that are easier for nonexperts to operate.

While the Tartan Rescue Team will build software for its own robot, Team Steel and RE2 will create software programs for Atlas, a humanoid robot developed by Boston Dynamics, to use in the hardware challenge. Atlas will have arms, legs, a head, cameras for eyes, and a laser scanner to measure distance between objects.

“We will make the robot capable of walking over rough terrain, and manipulating [objects in the surrounding areas],” Atkeson said via email.

Besides striving to reach DARPA’s objectives, Atkeson also plans to lead the National Science Foundation Engineering Research Center on Quality of Life Technology to develop technology that assists the old and disabled. Atkeson, who has been working on humanoids for 30 years, started research in his field because he was inspired to build robots that help people. He also wanted to understand how people work and achieves this through building artificial ones.

“I have to understand how humans are so skillful and enable robots to attain human-skill levels,” Atkeson explained in the email.

The DARPA Robotics challenge is an opportunity for him to reach his goal, since the competition requires the robots to achieve agile behavior in a complex environment. Ultimately, all teams in the DARPA competition have a similar goal: to significantly impact the human community.