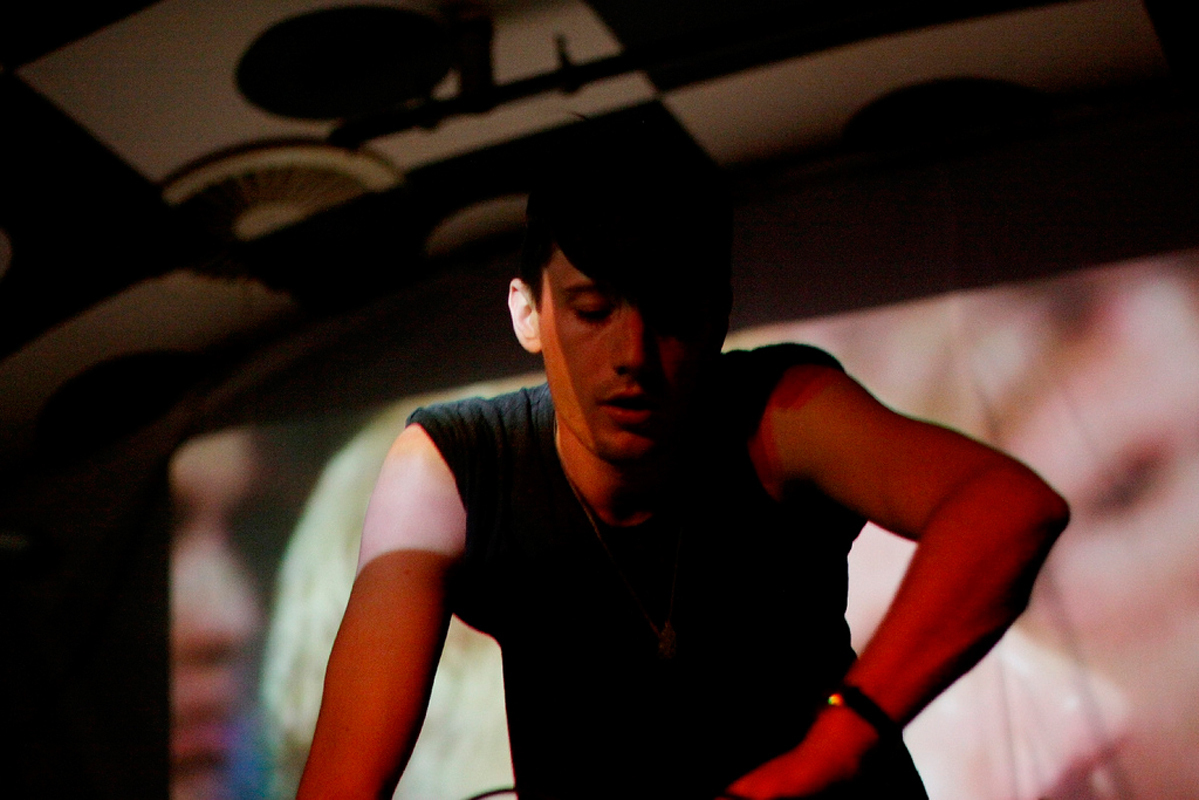 Knife-edge snares, buzzsaw drones, and panic-ridden vocals are the sounds that greet listeners of Ital’s newest album, Dream On. The Nov. 5 release is the second this year from Brooklyn’s Daniel Martin-McCormick, following his debut with Hive Mind in February.

Ital’s newest album, however, represents a dramatic departure from his previous work. While his penchant for distorted tech-noise and layered pop vocals has carried over in many of his songs, Dream On is primarily experimental, employing grotesque, abrasive sounds that do not resemble the joyful electronic tropes in previous songs like “Doesn’t Matter” or “Culture Club.” While some tracks, such as the opener “Despot,” fall into percussive house loops, the respite is never long, quickly turning to cascades of abrasive feedback and swells of flanged synths.

The song “What A Mess” most distinguishes the album’s atmosphere. It is filled with the distorted pleas of a woman asking Oklahoma Senator Tom Coburn what he can do to help her uninsured husband, who has suffered a traumatic brain injury. Not only is the sample haunting in and of itself, but Martin-McCormick mutilates it so that it is heavily multitracked and has reverberative effects, finally smothered entirely by a dense organ chord. This unsettling theme is echoed in “Enrique” and “Eat Shit,” both of which begin with white noise and increasingly layer in discordant electronic samples. There is neither an apparent melody or an arcing structure or rhythm. The climax of both songs is a heavy shroud of pulsing drones, lasers, and skittering hi-hats.

While Martin-McCormick’s intention may have been to create postmodern house tracks reminiscent of the experimental dub-punk he produced under the moniker Sex Worker, the result is almost too horrific. Hive Mind, while still experimental, was not saturated with the heavy samples that overwhelm many of the songs in Dream On. Although Martin-McCormick is imaginative in his pairing of seemingly antagonistic sounds — such as jungle drum beats with metallic-sounding lasers — there are simply too many accessory noises. Unless people are actively listening, there is not enough structure to keep listeners’ attention for the entirety of the album.

The only song that seems to rise above this cacophony is “Boi,” a catchy, hip-hop-inspired house beat that thrives on thick drums, toms, and claps. The entire track is built around a vocal snippet from Beyoncé’s hit “Baby Boy”; though the reference is almost indiscernible within the mangled synths woven into the fabric of the song, there are remnants of subtle, deeply submerged melodic touches that produce a much-needed dance-floor vibe absent from the rest of the album.

Because Dream On persistently falls between rhythmic discipline and willful subversion, it is limited as a musical ensemble. While it has its moments, Ital’s newest release ultimately lacks the consistency and euphoria to be considered a dance album, yet is too intrusive to be played as background music. It is surely interesting as a study of experimental post-house grotesquerie, but Martin-McCormick’s notion of groove and abrasion do not work in parallel. Perhaps Ital is better suited to the features of his past studio efforts: clean, contained, and controlled.