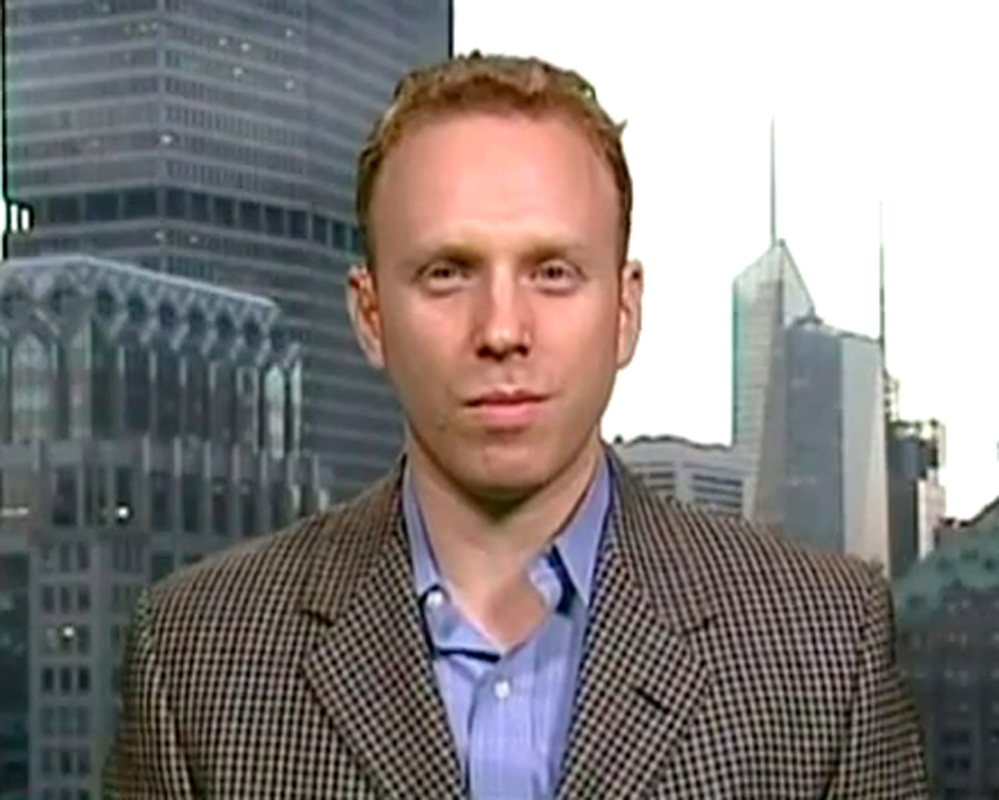 Jewish journalist Max Blumenthal spoke at the University of Pittsburgh Wednesday night about the Israeli-Palestinian conflict. Blumenthal was brought there by the Pitt Students for Justice in Palestine. (credit: Courtesy of RTAmerica on YouTube)

Tackling the highly controversial topic of liberal Zionism in terms of Palestinian justice, Max Blumenthal, Jewish-American journalist and bestselling author, presented his lecture to an audience of around 100 University of Pittsburgh students and faculty last Wednesday.

Blumenthal’s lecture focused on debunking several myths about liberal Zionism, a political trend in Israel that advocates for a two-state solution in order to support the Jewish state.

Blumenthal said that he wanted to challenge the myths of liberal Zionism because he believes that these misconceptions are responsible for worsening the current Israeli-Palestinian crisis. He centered the crux of his argument on his belief that a two-state solution will not bring about peace.

“I think liberal Zionism has lost much of its political influence in Israel, but it remains very culturally influential and has an enormous currency in the United States among liberal Americans, especially American Jews, in perpetuating and preserving the fallacy that the two-state solution will deliver peace or a viable Palestinian state,” he said.

Blumenthal also confronted the belief that liberal Zionists are politically liberal. “This is the biggest deception: One of the key things about liberal Zionists and what distinguishes them from liberals in the United States is that unlike American liberals who believe in civil rights, [they] are committed to the engineering of an ethnic democratic majority, which puts them as the most right-wing figures we can think of in American society,” he said.

According to Blumenthal, discrimination against Palestinians is evident today through Israeli attitude. Citing a personal experience, Blumenthal spoke of an incident during which he watched drunken Israeli youths stab a Palestinian, an issue that was left unacknowledged by officials.

Some students disagreed with Blumenthal’s take on the act. Eliana Weiner, a junior psychology and architecture double major said, “You don’t necessarily know what happened before and leading up to [those acts] and what they could be a result of. To take things out of context is really misleading and it’s an easy way to show a bias. There are a lot of misconceptions and falsehoods [from the Palestinian side] that try to be stated as truths.”

Arguing that Israel’s current ideologies are fundamentally apartheid, Blumenthal proposed that the ideal solution for the Israeli-Palestinian conflict would be a compromise allowing Israeli Jews to stay within their communities, while simultaneously devoting increasing energy toward reconciliation.

“Reconciliation means that settler colonialist leaders need to admit what they have done, and concede power,” he said. Blumenthal believes we should prepare the groundwork for a single state instead of prolonging what he sees as the slow process of ethnic cleansing.

“If you look at polls of Israeli attitude, Israeli youth are increasingly racist and eliminationist toward Arabs and other non-Jews, and it’s a reflection of an indoctrination process that begins at [a young] age,” Blumenthal said.

Weiner said, “In Israel, it’s a very different culture than in America in terms of Israeli defense force. It’s something teenagers go into at the age of 18, and its just a part of their culture, and it’s not to be violent but rather to protect their people. There are some cultural normalities about Israel that can be muddled when taken out of context.”

Arguing for a movement toward a narrative of equal rights, Blumenthal said that making the idea of apartheid mainstream in Israel will bring to light the struggle of the Palestinians.

“It’s a one-state reality,” Blumenthal said. “The question is whether it will be a single apartheid state or some version of a single state like a confederation with equal rights for everyone.”

Blumenthal was brought to Pitt’s campus by an organization called Pitt Students for Justice in Palestine (SJP).

Ryan Branagan, the president of SJP, said that Blumenthal’s talk offered a unique perspective that opponents of SJP could relate to, because it was given in a personable manner.

Branagan said that a previous incident had an indirect influence on SJP’s decision to bring Blumenthal to campus. Last year, controversy arose surrounding a local high school student, Jesse Lieberfield, who won Carnegie Mellon’s Martin Luther King Jr. Day essay contest with his anti-Israel essay. www“I think that the young teenager who wrote the essay should be lauded and not criticized like he was. [The growth] of this new group of Jewish-Americans that are ready to break the silence and move forward — it’s a great solidarity movement,” Branagan said.

Some Pitt students who identified themselves as pro-Israel declined to comment on Blumenthal’s lecture. Students who were torn on the issue attended the lecture as a means of lending insight to shape their views.

Tian Qiu, a senior microbiology major at Pitt, said, “The power balance is in Israel’s favor, so they have more responsibility to be the first people to act toward a solution. Palestinians don’t have any real power, which is why they are acting out violently. It’s like a toddler trying to rail against their parents.”

Danielle Schlesinger, sophomore biology and biomedical engineering major, believes that Blumenthal disregarded the other side of the Israeli-Palestinian conflict, where Israelis often become victims of suicide bombings and terrorist attacks from Arabs. “I’m not saying that there shouldn’t be any fighting between them, but you need to look at both sides of the issue,” she said.

Mahmoud Yacoub, a junior philosophy major at Pitt and vice president of SJP, said, “I hope that people will think about what [Blumenthal] said, and then go out and find this information themselves so they can get a little more informed on the issue and help the cause in that way.”