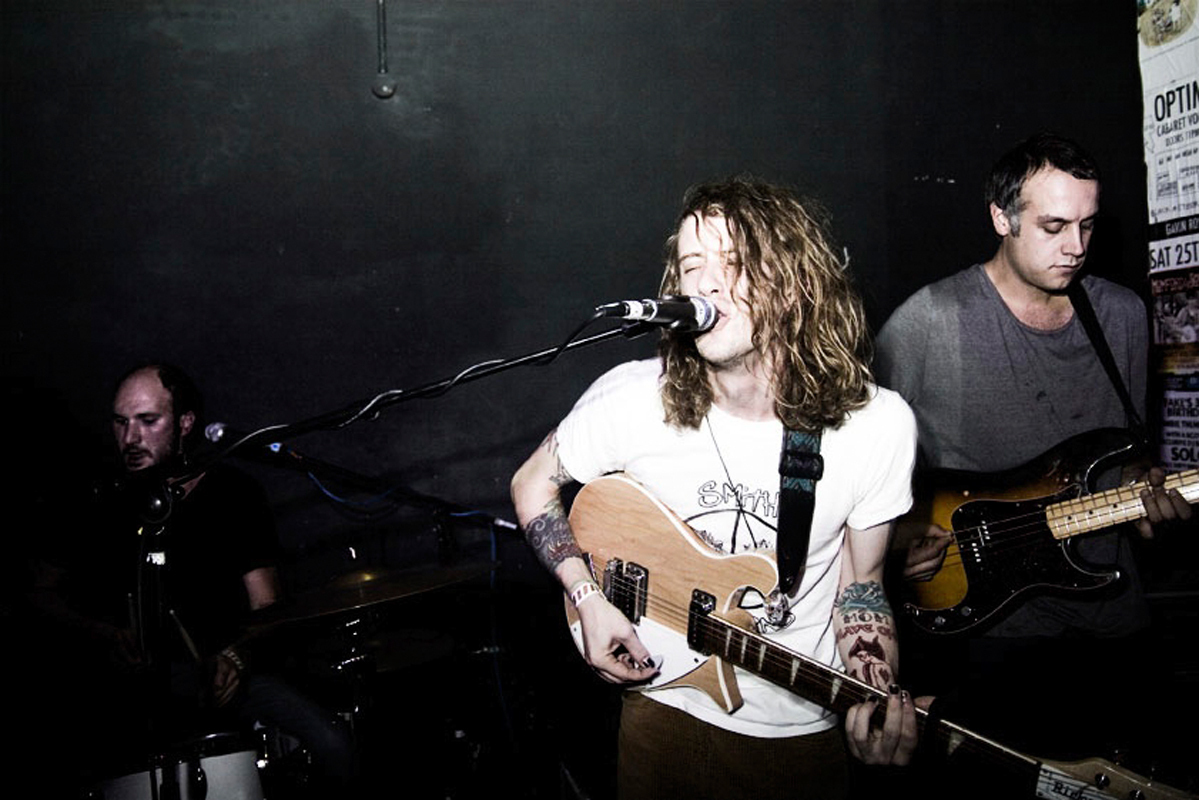 Girls, a San Francisco-based band, is made up of key members Christopher Owens and Chet “JR” White. (credit: Courtesy of markusthorsen on Flickr)

While some of the songs on Father, Son, Holy Ghost have familiar elements — faint riffs and vocal patterns similar to songs on Album and Broken Dreams Club can still be heard — the EP maintains a certain uniqueness.

In the EP’s second track, “Alex,” lead singer Christopher Owens’ voice has a steady softness to it that is absent in the band’s previous work. The melody is haunting and airy, as Owens seems to be subduing the sharp tonality of his voice that has become his signature sound. The song “Alex” represents just how greatly Girls has changed its sound — while Girls’ previous sound resembled the Beach Boys, “Alex” unexpectedly sounds more like a combination of Elliot Smith’s vocals, The Cure’s “Just Like Heaven,” and Silversun Pickups’ “Lazy Eye.”

That is not to suggest that Girls has lost touch with its tonal roots. The EP’s first track, “Honey Bunny,” has a bass line that has a shuffling, peppy beat. In contrast, the song “Die” channels classic rock with its brown-acid guitar riffs and an opening melody that sounds as if it was scooped straight off a Velvet Revolver album and sprinkled with some heavy distortion. The divide between these two tracks, though they are consecutive on the album itself, is so drastic that one might think they were performed by different artists.

“Forgiveness” is an eight-minute-long song that without a doubt represents the emotional core of the album. Owens takes listeners on an epic journey, exploring love, loss, and fear, and with each passing second the song builds and builds until the tension is released with an incredibly daunting and melodic guitar solo.

Arguably one of the album’s most intimate moments is in the song “Love Like a River,” when Owens sings in pockets of a cappella and is eventually accompanied by a dainty harmonica part. Although the ideas behind the song’s lyrics are incredibly simple — Owens sings “My love is like a river / She just keeps on rolling on” — Owens and his musical partner Chet “JR” White perform the song and present the story in a way that is neither repetitive nor cliché.

Girls is one of those few bands that is able to successfully refresh its sound and stay relevant. Its ability to stretch its sound across many canvases is one that is rare and should not be overlooked in modern music.