Baddock finds success on and off the court 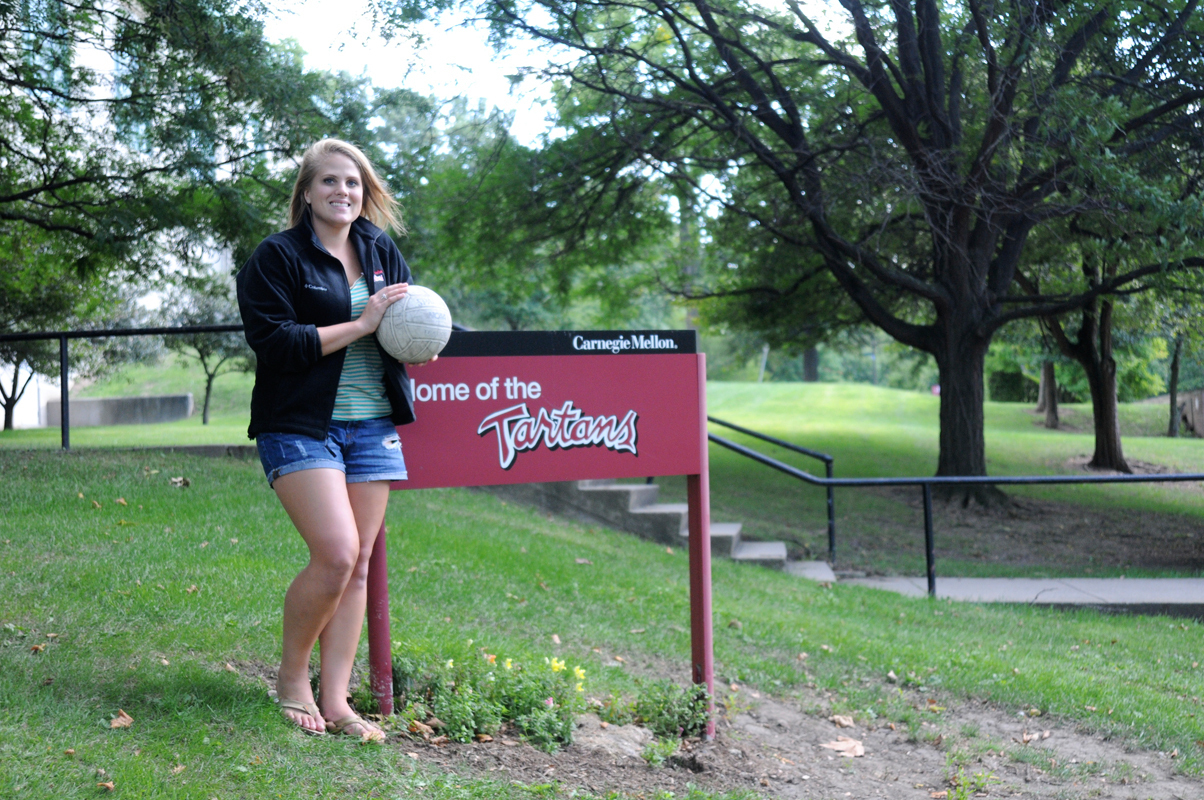 As the volleyball team ends its preseason and the players get ready for the regular season, senior Emily Baddock spoke with The Tartan about her academic life and her team’s upcoming season.
Baddock, an international relations and politics major and French and francophone studies minor, will be starting the Heinz College’s accelerated master’s program this fall, where her focus will be public policy and management.

After completing her master’s degree, Baddock is considering law school as the next step toward her goal of working in Washington, D.C. for the U.S. Department of State or a nonprofit focused on international development.

Last spring, Baddock had the opportunity to study at Georgetown University as part of the Washington Semester Program.

In this program, Baddock was able to study international affairs and public diplomacy. During her time in D.C., Baddock also completed an internship with D.C.-based online journalism site The Daily Caller.
“My favorite part of D.C., aside from getting to know a variety of students from all over the country, was definitely the atmosphere of D.C. The available resources in the D.C. area are unmatched, and as a politics junkie there was never a shortage of drama and news coming straight out of the Hill,” Baddock said.

Baddock is passionate about Carnegie Mellon volleyball. “I love that I am still getting the chance to play in college, but I also really love the team aspect of the game,” she said. “The team brings together girls from all areas of CMU and each season we grow together and become closer as players and friends.”
As a first-year, Baddock and her team earned a spot in the NCAA’s tournament. The tournament begins in November, and Baddock hopes to have another shot at it this year with the team.

Baddock has witnessed the volleyball team improve tremendously during preseason, and she hopes it continues to grow at the current rate.

“Our team dynamic and chemistry has developed faster than in years past, so I think that we will be able to practice harder and push farther from the very start of the season,” Baddock said.