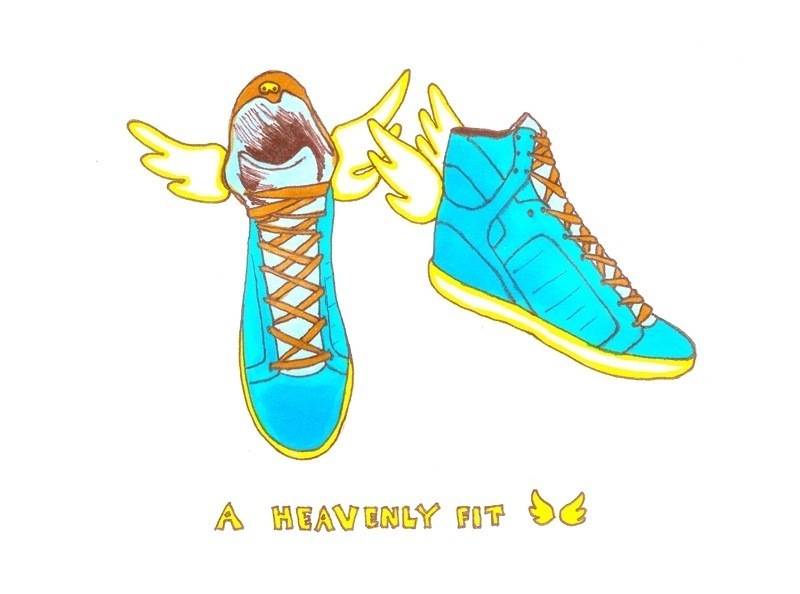 Who has bought shoes online that turned out to be the wrong fit? About one in every three customers, according to field surveys. Returns of the ill-fitting shoes create customer frustration, spew additional carbon dioxide (approximately 8,500 tons) into the atmosphere, and cost retailers more than $600 million in 2008 alone.

In January 2010, they created Shoefitr as an application that shows how a shoe will fit by using 3-D scanning technology to compare the internal dimensions of various shoes and their respective sizes. In October 2010, the company won the AlphaLab Global Pitch Competition, beating out companies based in London, Paris, Madrid, as well as major American cities.

“I wanted to bring this technology to the masses in a retail environment,” he said. He started his own company, Best Fitting Solutions, with the intention of using his 3-D software to scan people’s feet to match with scans of shoes and then create a profile online. When the business failed, Wilkinson realized a superior alternative was to scan shoes and give sizing recommendations based on the customer’s current knowledge of their own footwear. He pitched the idea to End, a former classmate.

End had reservations, but felt the rewards of the startup were too enticing to ignore.

“Shoefitr gave me excitement and engagement that I never got at my old job,” End said. “Much of my work consisted of filling out forms.... I wasn’t content to work the same job until I retired, and wanted to try something risky while I was young and free of obligations. I figured that even if Shoefitr failed, I was young enough and smart enough to get another job like the one I had or something better.”

Wilkinson and End developed the idea while continuing to work their full-time jobs. By the end of 2008, they realized their company needed a software engineer. End suggested Fresen, who was a teammate of his on the Carnegie Mellon cross-country team in 2005. Fresen was still a senior at Carnegie Mellon and had committed himself to working for IMC, a marketing agency that uses computer software to manage stocks. Despite this commitment, Fresen was becoming increasingly involved with Shoefitr, and even slept through his commencement ceremony after staying up until 3 a.m. the night before designing software.

For the following seven months, the three continued their normal jobs while developing the Shoefitr idea on the side. The company could not be developed anymore without End, Fresen, and Wilkinson working full-time on it, and they agreed to move back to Pittsburgh in January 2009.

There were still major concerns regarding the company’s success despite its solution to a problem of nearly every online shoe retailer. End and Wilkinson both had money saved up from their prior jobs to cover several months of payless product development, including two custom-made scanning machines.

But Fresen was only seven months out of college, had been living at home, and faced “enormous amounts of pressure” from his family to stay at IMC. “When you’re in school, life is broken up into nice little chunks,” Fresen said. “[Everything] is just one big step on ‘The Path.’ Once you’re out of school, that disappears.... I found myself staring down the rest of my life without a plan. I couldn’t deal with that.”

However, the three were able to win a $25,000 grant from AlphaLab, a local company that funds top startup companies. Additionally, they fundraised $100,000 with the help of Innovation Works, another local company that invests in technology startups. The money helped, but their doubts remained. With no direct competing company, the three had to gather all the shoe fitting data themselves. “It’s a dirty business,” End said. “It required scanning every pair of shoes in all available local stores.”

“We were still scared we wouldn’t be successful at building a product people wanted, and there were some depressing days where it seemed like everything was falling apart,” End said, referring to the process of pitching Shoefitr to major shoe companies, which they were unable to name due to a confidentiality agreement. “We had no credibility, and no widespread interest, so companies felt that they could push us around.... We would go to sleep thinking things were all falling apart and then would wake up and start working again.”

After five months of searching, the trio found its first client in Running Warehouse, a nationally recognized California-based running store.

“We’ll charge the next company double. Right now we need to be everywhere,” Fresen said, referencing how widespread interest in the product would give them leverage over larger companies who were interested in using Shoefitr technology. Currently, Shoefitr is in discussions with companies interested in using the 3-D fitting technology for products such as motorcycle boots and helmets, high heels, and bras.

“Last year Zappos lost $1.5 billion in returns,” Fresen said. “60 percent of that was with fitting problems. If we reduce fitting problems to 30 percent, we’re saving them about $500 million. Asking for $5 million per year between the three of us wouldn’t be outrageous.”

For now, the three remain in their shared Shadyside apartment. Shoes and beer cans cover most counter spaces, except what is occupied by their unplugged television, since they refuse to pay for cable. Their current residence more closely resembles the college houses they frequented as undergraduate students, but within the next year they expect brand recognition to bring them out of the apartment and into the spotlight for solving sizing discrepancies for online shoppers.

“It’s not trendy, but it solves a problem,” Fresen said.