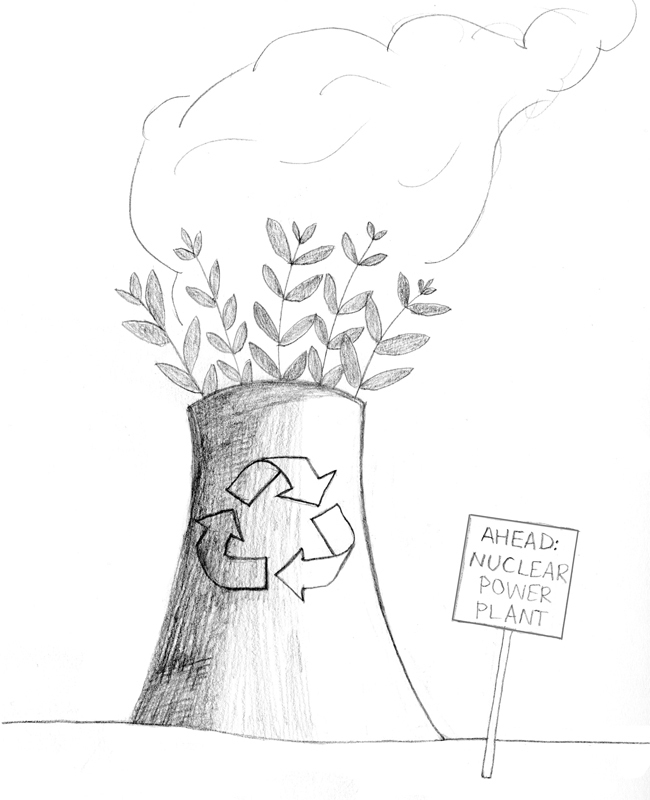 With thousands of lives lost during the March 11 earthquake and tsunami disaster in Japan, onlookers abroad as well as citizens of the island nation are still trying to get a grasp on what dangers lie ahead. As of Saturday morning, the official number of dead or missing victims was around 18,000, and with several disputed opinions regarding the true threat of the damaged nuclear power plants along the nation’s coast, it is still unclear as to whether more lives will be compromised.

Many proponents of nuclear energy both in the United States and all over the world have publicly stated that the threats of radiation exposure and possible explosion surrounding the Japanese power plants have been highly and wrongly publicized, arguing instead that the risks are in actuality much less than reported. That being said, many journalists and professionals have argued the exact opposite. All in all, it seems as if the reports of those investigating the dangers surrounding the power plants have been, whether intentionally or not, highly influenced by personal politics: Given several mixed reports, those attempting to get a grasp of the reality of the situation in Japan have so far been unable to do so.

Here in the United States, those politicians and executives in favor of a gradual nationwide transition to nuclear energy have wasted no time defending the risk surrounding the nuclear plants and process. Executives from Southern Co., the U.S. group at the head of the national push for nuclear energy, have been scrambling all week to cut political damage and limit the plummet of stocks. When asked about the Atlanta-based company’s intention to break ground on its first batch of a new generation of nuclear reactors, Southern Co. spokesman Todd Terrell said, “We do not anticipate that events in Japan will impact our construction schedule or our ability to stay on budget.” Several proponents of nuclear energy have made claims about making the process safer, like writer Kevin Bullis of Technology Review who pointed out that Japan’s Fukushima Daiichi plant is a “Generation II” plant, which means it requires the circulation of water to cool the reactors — a convention that newer generation models do not require. Several journalists and politicians in favor of nuclear energy have continued to make arguments that, in their ignorance, have only hurt the pro-nuclear energy argument. The editors of The Wall Street Journal, for example, made the argument that all human endeavors are “fraught with risk,” so this one incident of catastrophe is no reason to unfairly enforce “artificial obstacles and delay.”

Whatever your politics, there is no denying that green energy advocates in the U.S. have an incomparable opportunity ahead of them. With fossil fuel sources quickly depleting, our nation has been urgently searching for a energy alternative, and those in favor of a gradual (and noticeably more expensive) transition into clean energy have the responsibility to use the most recent events in Japan to their favor. That’s not to say that green energy enthusiasts have not yet made their opinions about nuclear energy known through their comments regarding Japan. “It’s another example of what we have been saying,” said Stephen Smith, executive director of the Southern Alliance for Clean Energy. “Nuclear power is not inherently unsafe, but it is inherently unforgiving.”

This, however, doesn’t seem to be enough. Several other countries have taken recent events in Japan as a sign to postpone nuclear expansion. Switzerland announced a freeze on any plants in the process of being constructed or updated, while Germany delayed its decision to refurbish the nation’s nuclear facilities by three months.
President Obama has repeatedly supported nuclear energy, an opinion that has put him in direct opposition with the majority of Democratic candidates. His home state of Illinois has more nuclear plants than any other state in the U.S., as it is the headquarters of Exelon, which operates the country’s largest collection of nuclear power plants. Obama has always campaigned for nuclear energy — in his State of the Union speech this year, Obama presented a goal of generating 80 percent of the country’s electricity from clean energy sources by 2035. Nuclear energy already accounts for 20 percent of the nation’s energy; however, in his budget Obama allocated a $36 billion government loan to guarantee that new plants be built. Furthermore, CNN reported that with their new design these new plants would be able to withstand at most a 7.0-magnitude earthquake — which barely compares to the 9.0-magnitude earthquake that hit Japan.

Green energy advocates have the responsibility to ensure that proponents of nuclear energy do not cast this disaster off as an unfortunate but atypical incident. By learning from the truly disheartening events in Japan, we can ensure that the United States either seriously heightens security and safety measures within nuclear plants or begins its transitional investment in other green energy sources.