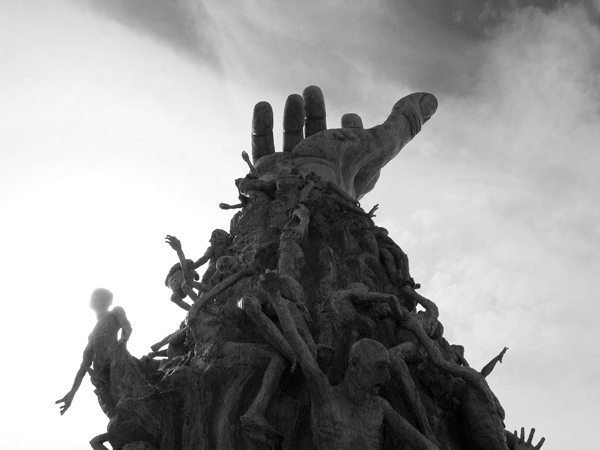 Pictured above is the Holocaust memorial in Miami, Fla. which symbolizes the millions who died. (credit: Courtesy of freedmv on Flickr) 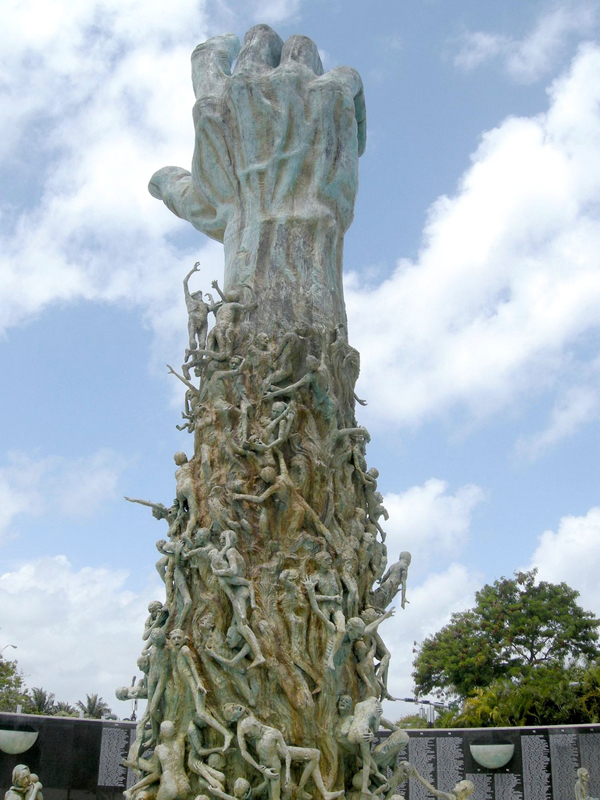 In a Carnegie Mellon tradition going back nearly 15 years, Hillel and the Department of Student Affairs are organizing a reading of the names of young Holocaust victims to be held on March 22. The reading will last 12 straight hours, from 7 a.m. to 7 p.m., and will cover the names of children who died. A Holocaust keynote speaker will follow the reading.

Holocaust names readings have been held on the Carnegie Mellon campus sporadically since 1997. Anne Witchner, the assistant dean of student affairs, was involved in the first reading and is one of the organizers of this year’s event.

“The first year I did it, I was astounded,” Witchner said. “I grew up with many friends whose parents were in the Holocaust in my hometown. So it wasn’t unfamiliar territory, but it was really moving.”

According to the original press release, the 1997 reading lasted 24 hours and was accompanied by speakers, art installations, a monologue, and a candle-lighting ceremony.

“[The student who organized the first reading] did it her senior year, and somehow, she and a bunch of her friends really got together, and it was amazing,” said Witchner. “They went to [the Undergraduate Student] Senate and got money, and got [a student undergraduate research grant]. We’re really just recreating that.”
In the past 15 years, organizations such as Alpha Epsilon Pi have run the event, but the readings have been much smaller. “We’re trying to revive it,” said Sarah Pfeffer, a senior material sciences and engineering major, who is helping to organize the reading.

Witchner had been interested in recreating the original reading for years but held off until she saw student interest. “It takes students who want to do it, and Sarah was interested,” she said.

Participants in the reading will each speak for ten minutes. A microphone will be set up on the Cut, and readers will use a set of binders containing a list of children’s names for reference. “They’re three-inch binders,” said Pfeffer, “and every page has a huge list of names on it. They’re only going to read children’s names, but I hope we can get through it; it’s so big.”

Witchner and Pfeffer are inviting prominent students and faculty to participate, hoping that they can help the event grow into a yearly occurrence. “As soon as you get the higher-up people in the university, I think they’ll come back every year,” Pfeffer said.

“I do like the idea of growing it,” said Witchner. “It’s the kind of thing where maybe eventually [the Activities Board] could get involved. I was the director of student activities, and there’s all kinds of tie-ins, things we don’t have money to bring.”

Witchner would like to get more students involved in the future of the event. “[Student Affairs and Hillel] wouldn’t want to do something unless there was student interest, because then it takes on a life of its own,” she said.

In the future, Witchner hopes that students in art and design classes could create installations for the event. If enough interest is generated, programming could be expanded to include discussions of other genocides.

“One year they did the reading, and then a group of students got up and read names of people who had recently been massacred,” Witchner said. “So if that happens that’s fine, and that could happen. That’s why we want to be out in the open about it, have merit behind why we’re doing it, and bring awareness.”

Names readings like the one Witchner and Pfeffer are organizing are part of a larger tradition of Holocaust remembrance. The country of Israel established a national holiday, Yom HaShoah, known in English as Holocaust Martyrs’ and Heroes’ Remembrance Day. According to Hillel’s official website, “In Israel, a mourning siren sounds, stopping all activity; people stand in honor of those who died. Jews around the world hold memorials and vigils, often lighting six candles in honor of the six million Holocaust victims. Many hold name-reading ceremonies to memorialize those who perished.”

There is also a strong tradition of remembering the approximately 1.5 million children who died in the Holocaust.

Witchner’s son participated in an act known as twinning. “What happens is you can either go to the local Holocaust center, or if your city doesn’t have one ... you [nationally] identify a young person who died in the Holocaust,” Witchner said. “If you’re a boy you would find a boy who died and never had a chance to be Bar Mitzvahed. And then you share that day with that young person.” Witchner’s son shared his Bar Mitzvah with a boy from their family who died when he was 12.

In Witchner’s experience, names readings are captivating. “People will walk by, and usually people will stand and just observe,” she said. “People generally, when they know about [the reading], want to do it. They’re moved by it.”

Witchner is also glad to have a way to showcase Carnegie Mellon students’ compassion.“A lot of people are excited that students are doing this,” she said. “Because, you know, neighbors hear about Beeler Street and all of the wild stuff, and I think it’s great to have this thoughtful program. It’s small, but I think it’s important.”

Students interested in reading or volunteering at the event are encouraged to contact Sarah Pfeffer at sarahp@cmu.edu.