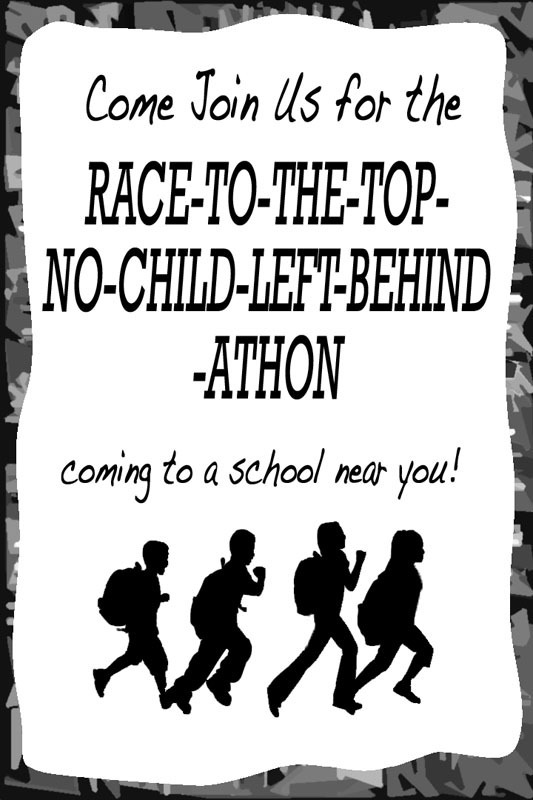 President Obama might have bitten off more than he can chew during his administration. Multiple issues such as the economy, health care, and the ongoing war have been tackled in one way or the other. While many of these issues have taken top billing in the president’s agenda with hallmark legislation being passed, the president has still tried to ensure that education is a top priority. Obama established the “Race to the Top” program in 2009, aiming to improve children’s education nationwide. The program awards funds to schools based on a number of different criteria, including “great teachers and leaders, state success factors, standards and assessments, data systems to support instruction and interventions the lowest-achieving school.”

Despite its worthy goals, we take issue with this program. At first glance, this is a great program. “Race to the Top” seeks to solve some serious issues facing public education in America, something everyone can support. Obama’s program has good intentions, but it fails to actually solve the educational issues at hand.

Obama has praised his program endlessly, but without merit. Under “Race to the Top,” only a handful of states have actually received any funding. The “Race to the Top” inspires competitiveness by requiring state schools to fill out a detailed application before obtaining funding from the program. According to CNN.com, rural states were at a disadvantage in receiving aid because they could not gather the resources needed to fill out the government application. Indeed, the application for “Race to the Top” was so competitive and required so many governmental changes that only 12 states ended up receiving any aid.

A bigger issue with Obama’s program is its vagueness — what exactly does raising student achievement entail? Furthermore, what is the point in giving more aid to already innovative and high-performing schools? The money could be better spent on schools that have a history of low graduation rates, low retention rates, and the like. What this program should be focusing on is how to help low-performing schools succeed.

The “Race to the Top” program also creates serious issues for teachers and faculty administration. The program encourages states to evaluate teachers in relation to their students’ performances. There is a plethora of reasons why students succeed and fail academically — reasons that are completely independent of the teacher. This type of teacher evaluation seems to put the sole blame on teachers when their students receive low scores.

It is obvious that “Race to the Top,” like “No Child Left Behind,” has good intentions. However, there are inherent flaws in the program’s policies that, no matter what, will not solve the problem it hopes to address. If Obama really wants to make improving education a priority, he needs to drastically change his approach and formulate a plan that allows more struggling schools to receive funds.