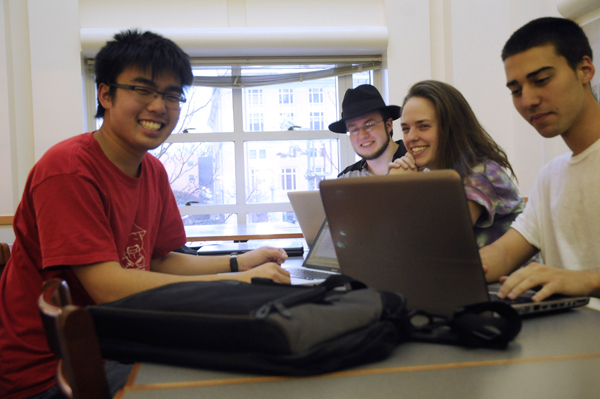 It is no stretch of the imagination to say that multiculturalism is important to Carnegie Mellon. Our school strives for diversity on every level and has had great success. There are students and faculty from around the world learning and teaching a variety of subjects. Multiculturalism is a part of our school’s identity.

Recently, Prime Minister David Cameron of Great Britain gave a speech that essentially stated that multiculturalism has failed in his country. France’s President Nicolas Sarkozy and Germany’s Chancellor Angela Merkel have echoed similar sentiments in their own countries. The most salient point of Cameron’s speech was that multiculturalism fails when it is allowed to manifest itself in disparate communities that have little contact or connection.

Cameron’s speech wasn’t necessarily intended to be about multiculturalism and its advantages and disadvantages. He was talking about the problem of terrorism in Britain and its roots. Cameron argued that Britain’s codified policy on multiculturalism allows for segregated communities and that British youth born into these communities may not feel like they belong. Because there is no larger sense of a British identity, these men and women turn to extremist groups, in what Cameron calls a “process of radicalization.”

The change he calls for in Britain is for its citizens to stand against groups that support Islamic extremism. He believes it is every citizen’s duty to protect certain rights: freedom of speech; freedom of worship; democracy; the rule of law; equal rights regardless of race, sex, or sexuality. Any group that has values or practices counterproductive to these rights must be stopped. As a start, he proposes reforms such as ending public funding of any group that does not support these rights and promoting English as the language of all citizens.

When I first read the text of Cameron’s speech, I thought it made a lot of sense. My take-away was that a country can have many cultures, but they have to meet certain overarching rules. If these rules are not met, the group will be punished. I also strongly believe in the importance of a national identity so that people feel connected to their fellow countrymen. I don’t think a country can function if its citizens feel no shared ideologies with their neighbors. But recently I’ve realized how complex this problem really is. It’s nice to imagine Cameron’s Britain, where everyone believes in certain freedoms but can have separate cultural identities apart from the larger national one. In practice it might not be so easy. Even in the United States there are conflicts between the national standard and cultural groups.
For instance, this week in San Francisco there has been significant interest in proposing a ballot measure to ban male circumcision. Let me be clear that this is not being voted on and as of now does not have the required signatures to be brought to a vote.

But even the idea of banning circumcision has brought about a reaction from the Anti-Defamation League, the local Jewish Community Relations Council, the Board of Rabbis of Northern California, and the American Jewish Committee in San Francisco. While proponents of the ballot argue that this is a human rights issue, the joint statement from the Jewish community stated that the initiative “would interfere with the rights of parents to make religious decisions for their own families.” Proponents of the bill counter by saying that the practice is male genital mutilation and propose that only men over the age of 18 can opt to have the procedure. Failure to comply with the regulation would carry a $1,000 fine.

It’s already easy to see why Cameron’s rules and divisions are more effortlessly discussed than implemented. A similar measure on a grander scale was seen in France. Recently, President Sarkozy pushed forward legislation that banned the wearing of burqas or other full-body robes in public. No religious affiliation was singled out or exempted in the bill, although some groups, such as surgical robes for doctors, were allowed work exceptions. Certain politicians supported the bill by saying that active citizenship requires face-to-face contact. However, critics believe the bill is a manifestation of Islamophobia in France. So how are the lines drawn? Do parents have the right to choose if their son is circumcised? Is wearing a burqa truly an impediment to being a French citizen?

As cultures continue to mix, countries will be forced to address these questions. What we should remember throughout this process is that there is value in multiculturalism: We see it every day at Carnegie Mellon. You’re reminded that there is not only one way to think about a problem, not only one way to express an idea.
So although the questions are hard to answer and complex, they are worth considering. Without thoughtful consideration, cultural identities will be marginalized or lost. And that is a loss that everyone would feel.