The Big Lebowski inspires a religion that emphasizes simple living 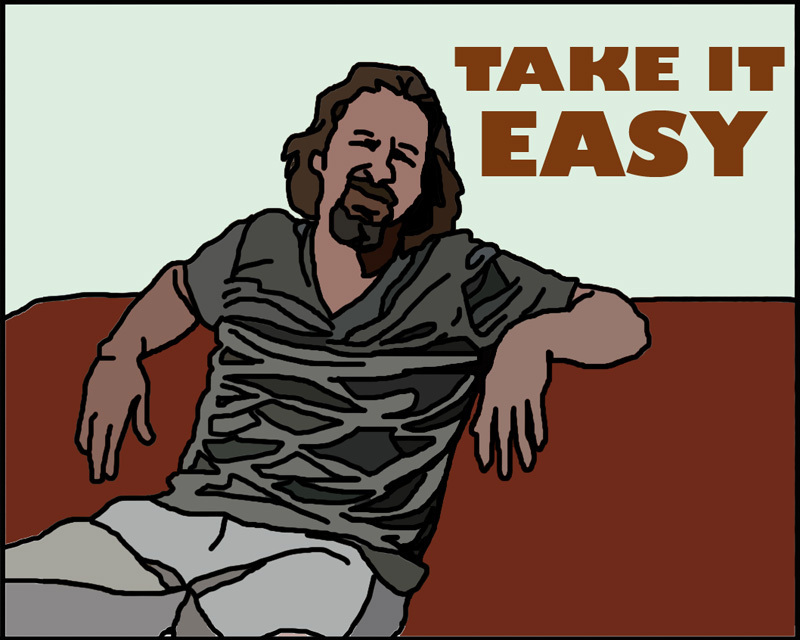 “The Dude.” If you don’t know who “The Dude” is or what I’m referring to, you just dug a big hole in our friendship garden that you may never be able to climb out of. The film, of course, is The Big Lebowski, a 1998 movie that has since been named one of the funniest comedies of all time, become a cult classic with legions of fans, and sprouted “Lebowski Fests” across the country.

It has even inspired its very own religion.

Indeed, the “slowest growing religion in the world” is Dudeism. In a recent interview with CNN, Oliver Benjamin, the Dudely Lama of Dudeism who founded this unique religion in 2005, stated that “everyone wishes they had more freedom. Everyone wishes they could be more carefree, to worry less about money and status.” To this end, he emphasizes to followers, “bring a little more ‘Dude’ into your life.”

Honestly, this sounds like a pretty solid setup, especially for those of us at Carnegie Mellon. There are few schools in this country that combine $50,000-per-year tuition, a symbolic “Sex Kills” T-shirt, insomnia, and back-breaking schedules as well as our school does. Think back — when was the last time you set aside some “Dude” time for yourself? Been a while, hasn’t it?

Simple pleasures like bathing by candlelight, bowling, and hanging out with friends are essential to the pursuit of happiness, according to this modern religion — more so than the accumulation of wealth and participation in the rat race of today’s greedy society.

Dudeism is very philosophical in nature, just like the movie was at its heart. Throughout the film, “The Dude” just wants to do what he enjoys in life without interruption from aggressive outside sources. Following Dudeism allows you to concentrate on just that. You keep in mind what makes you happy, like White Russians and bowling, instead of what makes you go insane, like suitcases of money and anarchists.

Now, no one is saying that it’s okay to get stoned and play video games all day. Dudeism is about cultivating your mind, having strong morals, and being creative. It is not about laziness or rebelling for the sake of rebellion. It is possible to live a rich and fulfilling life within the constraints and rules of society. Life is what you make of it. And at Carnegie Mellon, it is strikingly obvious to me that not only are all of us are intellectually strong and creative, but that many of us face difficulty in finding a balance between pleasure and work. All this “dude talk” may sound silly, but I believe we would do ourselves great good if we abided by “The Dude” now and again.