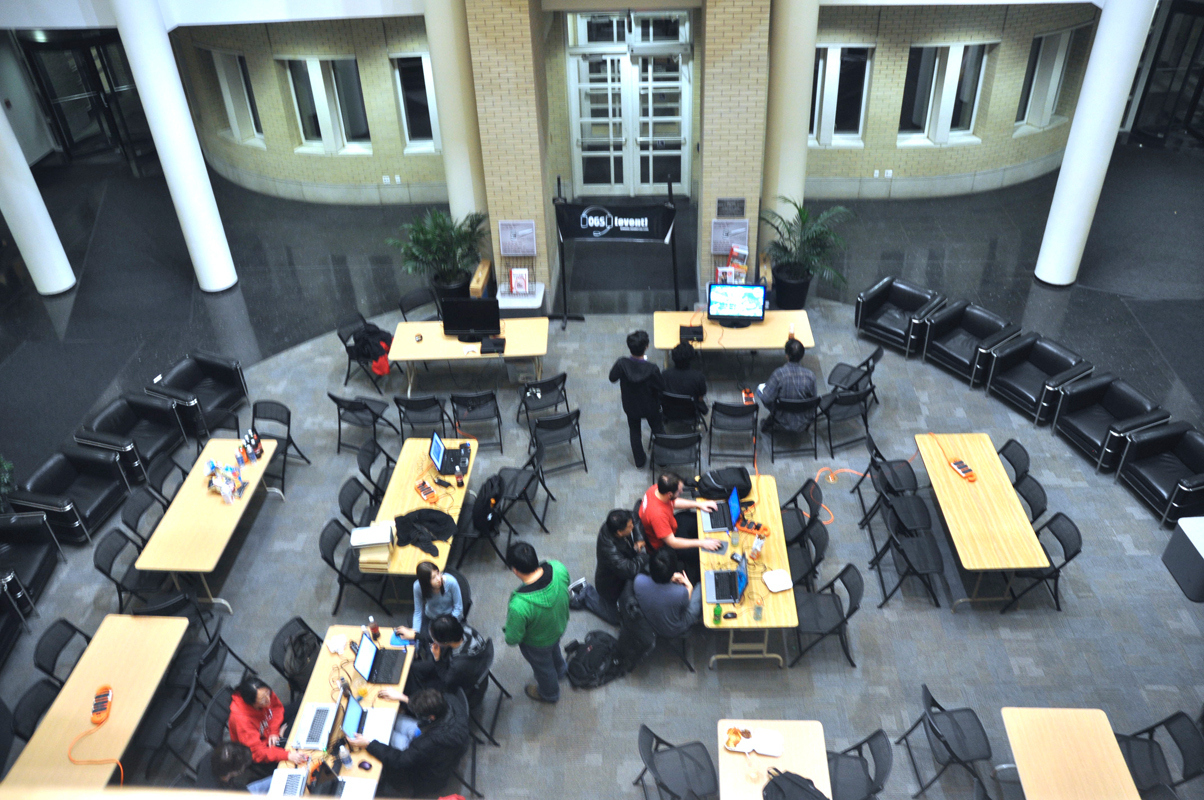 “It’s just kind of a way for people to meet, hang out, and make new friends,” said senior math major Mark Magsino, the president of OGS. Magsino said that, despite the name of the club, most of their events involve offline games.

Attendees of the event said that they go to OGS events to socialize, and not necessarily to play games.

“The people are really nice to talk to, which is the primary reason to go to events,” said Michael Chan, a junior biology major. “Most games that we play are for two people at most, so there’s no need to meet up.”

OGS Treasurer Kyle Magsino, a sophomore mechanical engineering major and brother of the group’s president, agreed. “For some games, like Starcraft and League of Legends, it’s a lot more fun when you have the people there who you’re playing with. Like, you can laugh when you beat them.”

In addition to playing games, attendees watched online videos, caught up with friends, and traded advice on gameplay. According to the younger Magsino, OGS also raffled off several prizes, including two gaming keyboards and a copy of The Elder Scrolls V: Skyrim.

The elder Magsino said OGS welcomes everyone to its events. “Our club is open to everyone, even if you’re just a casual gamer. Everything’s more fun with other people around.”