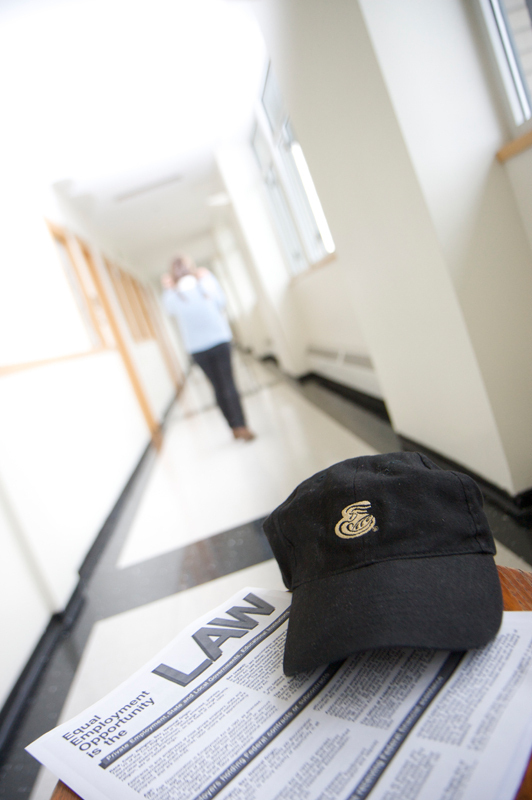 Credit: Jonathan Carreon/Photo Editor
Editorials featured in the Forum section are solely the opinions of their individual authors.

Many of you have probably gone to a Panera Bread in Pittsburgh — and why not? It has plenty of delicious and relatively inexpensive options for food. If you pay attention to the girls waiting on you at the registers, though, you might notice some trends: first, they’re all girls between the ages of 16 and 24. Second, with rare exception, they’re all white.

Unfortunately, this isn’t some sort of odd coincidence. The Covelli franchise, which owns almost 30 Panera Bread locations in western Pennsylvania alone, only hires “pretty young girls” to work at the cash registers — or so says a recent lawsuit by Scott Donatelli, a former manager at a Panera location in Mt. Lebanon.

“First of all, when [Donatelli] hired an African-American employee, they said, ‘What is that?’ and, ‘if the owner comes around, make sure he’s in the back, because he’ll have a fit,’ ” Donatelli’s lawyer, Sam Cordes, told WTAE Pittsburgh. According to the lawsuit, the district manager repeatedly chastised Donatelli for letting an African-American man work on the registers, saying, “It’s what Sam [Covelli] wants, and what our customers want. They would rather see pretty young girls.”

This isn’t the first time the Covelli franchise has been sued for its racist practices: Back in 2003, a former manager at the Panera Bread on Forbes Avenue sued the Covelli franchise, claiming that he had been repeatedly told not to assign African-Americans to work on the cash registers, and was eventually fired for refusing to comply.

As a former Panera employee (full disclosure: I quit a few weeks ago), I can attest to how true these policies are. I’ve seen an African-American coworker — an excellent employee who has worked at Panera Bread longer than any of the managers currently running the store — sent home when Mr. Covelli was coming to visit the store. I’ve had the assistant manager tell me that she can’t hire African-Americans.

This would be bad enough if it was just one store with these policies, or one manager. But layers and layers of management have either said nothing or have actively helped to enforce these prejudicial policies. These sorts of prejudices should never have been tolerated, let alone implemented in the first place. Not only that, but the district manager’s comment that customers “would rather see pretty young girls” is insulting to Panera’s patrons. Does the Covelli franchise really think so little of its customers (or of its products) that it believes Panera Bread needs some sort of sex appeal in order to get business?

Luckily, we as the Carnegie Mellon community have a very simple way of showing that we will not tolerate this racism: Stop eating there. If you’re in Oakland and are craving a sandwich, head over to Eat Unique on Craig Street instead — it has similar kinds of food for about the same price. If you’re in Shadyside and need some comfort food, go to Boston Market. I know the Carnegie Mellon administration places plenty of catering orders at Panera Bread — start ordering your salads from somewhere else. The administration should also seriously reconsider its connections to the company; currently, Panera Bread is a corporate partner of Carnegie Mellon’s Athletic Department. Giving this kind of support to a company that continues to profess and act on racist and sexist ideals is unacceptable. Severing ties with the company would effectively send a message that we will not tolerate its practices.

We as a campus community have a very clear and easy opportunity to make a statement against these obvious racist and sexist practices. Please, take a stand and take your business elsewhere.