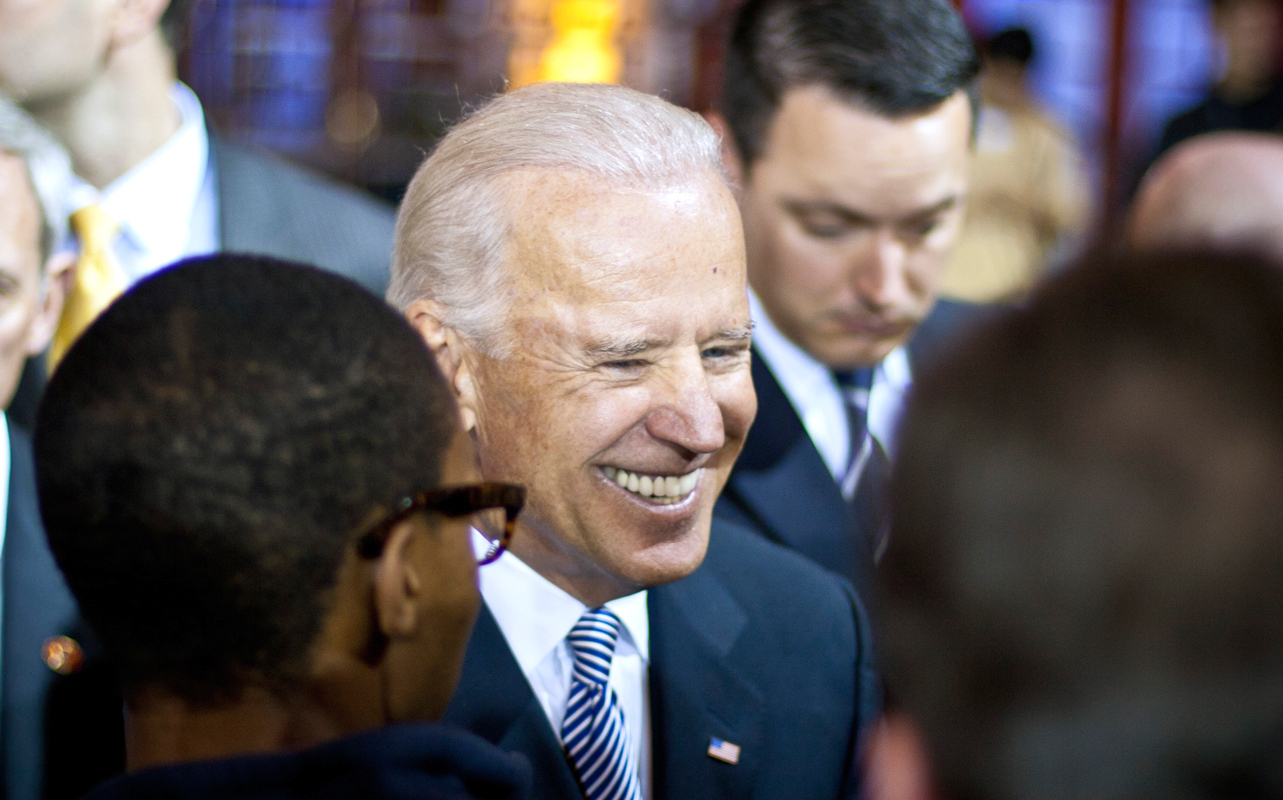 Joe Biden spoke to an audience of college students at the University of Pittsburgh on Friday about the heavy burden of student loan debt. (credit: Patrick Gage Kelley/Publisher) 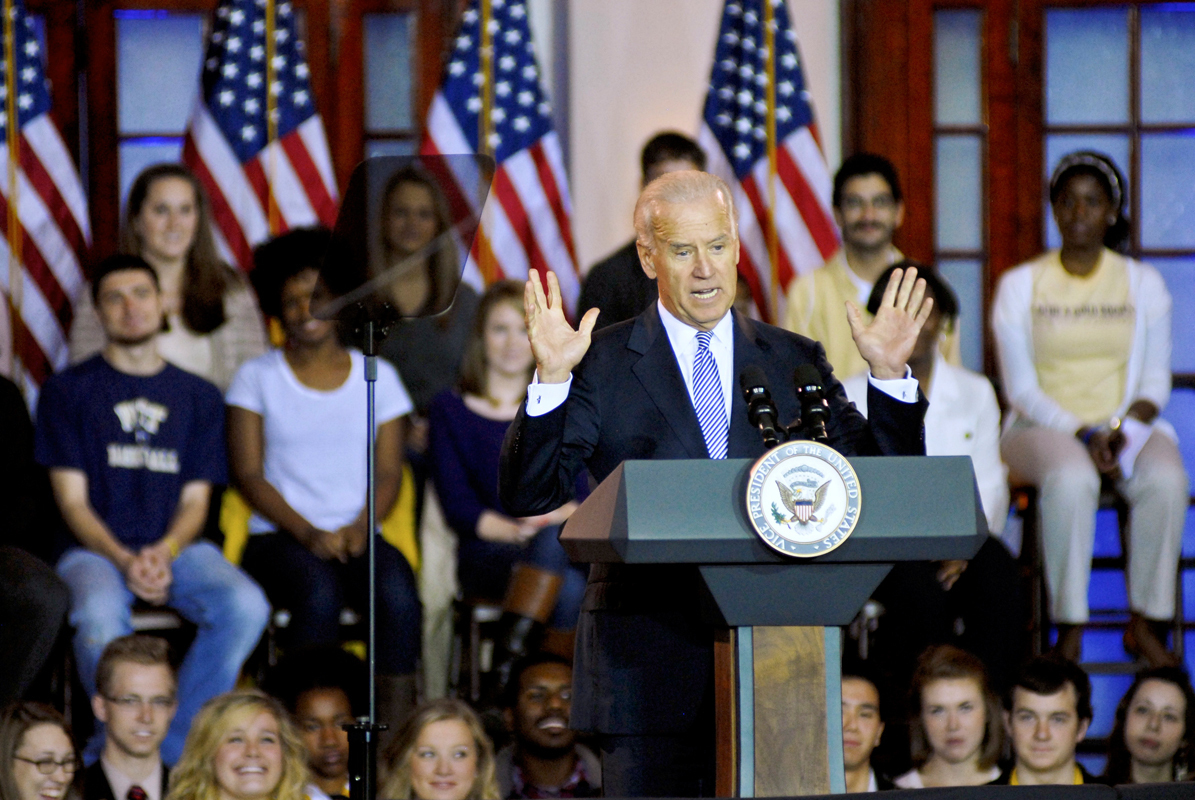 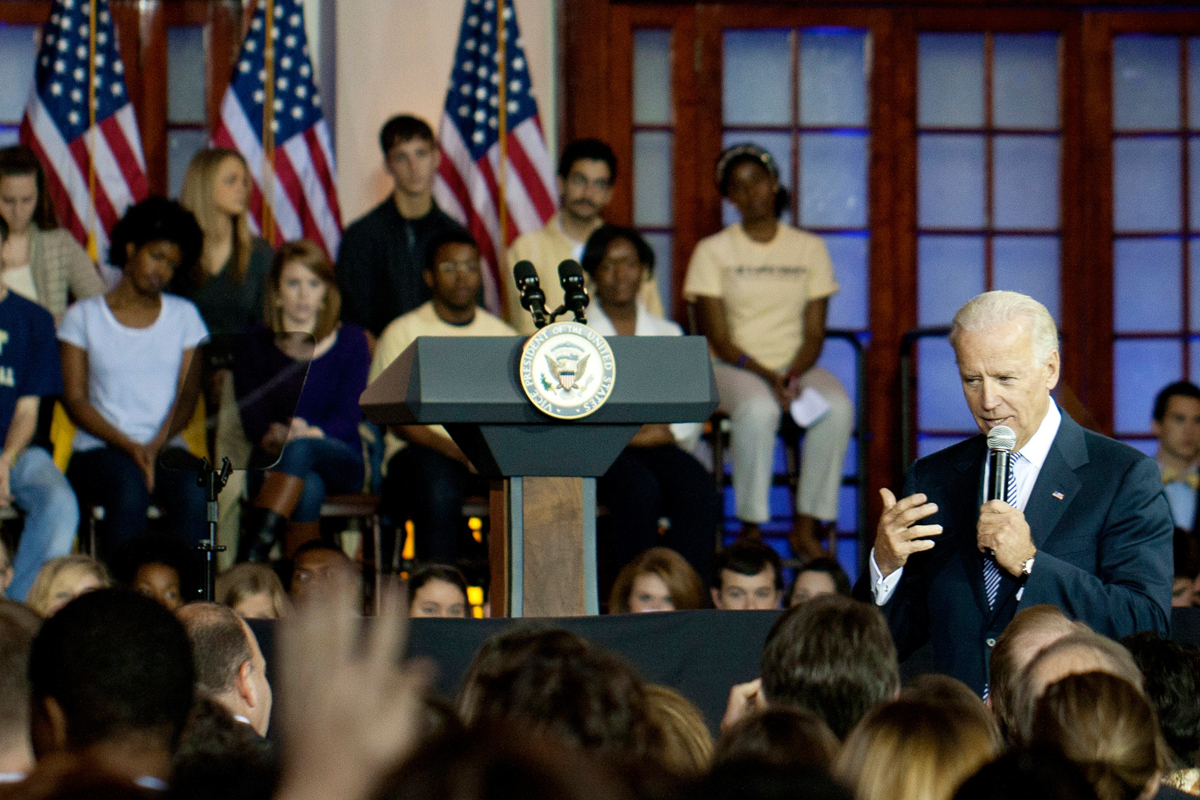 Vice President Joe Biden told a crowd of over 300 people at the University of Pittsburgh on Friday that the government must ease the burden of debt on college students.

“America is expected to reach more than $1 trillion in student loan debt by the end of this year,” Biden said to the audience, which consisted almost entirely of students from Pitt and surrounding universities. “That’s more than all the credit card debt in America. Average debt for a student graduating in America from a university is $20,000. At some schools, people are graduating with ... $80,000 of debt. It’s a huge burden. And the question for us is, ‘What, if anything, are we going to do about it?’ ”

Biden stressed that good and widespread college education is a necessity if the United States is to remain a world leader. He explained, “My wife has a great expression. She says, ‘Any country that out-educates us will out-compete us.’ ”

But, Biden added, it’s becoming harder and harder for parents to provide their children with a quality education.

He illustrated the hardships of modern American families with stories of his own father’s economic troubles, and he talked about how he personally paid for his children’s expensive college educations.

“[My children] graduated with debt that ranged from $120,000 to a low of $68,000. You know what I was able to do that your parents can’t do? I had a home that we lived in for 25 years that significantly accumulated in value. And when they graduated, I sold that home. I understand what your parents aren’t in a position to do.”

In past decades, according to Biden, middle-class parents could pay for their children’s college educations using their houses or retirement plans. But in the current economic downturn, those are not options for many parents.

Biden said that in his extensive travels around the United States since becoming vice president, he’s been most disappointed in the lack of hope he sees when he talks to parents around the country.

Will Zhang, a Carnegie Mellon senior computer science major who attended the event, said that the vice president made good use of the stories he told. “He’s a really great character. He has a really engaging personality,” Zhang said. “He used a lot of great anecdotes that really appeal to young people.”

But, Zhang said, the speech was also politically charged: “It was clear that he wanted to get more young people to support him and Obama.”

Biden spent a long section of his speech discussing the upcoming presidential election and detailing the ways in which he disagrees with the view Republicans have taken on how to fix the economy.

“They think that the way to get back the economy is to take away all the new regulations placed on Wall Street. The last time we deregulated Wall Street, we put the middle class in chains. I don’t call that liberation,” Biden said, referring to a speech in which Speaker of the House John Boehner (R–Ohio) said he wanted to “liberate the economy.”

By contrast, Biden said, in the two years before Republicans took control of the House in 2010, he and Obama increased the Pell grants available to the poorest students and eliminated private middlemen from student loans.

According to The New York Times, students graduating in 2012 or later with certain kinds of federal loans will be able to consolidate those loans and then pay 10 percent of their income for 20 years, at which point the loans will be forgiven. Only students with low discretionary incomes would be eligible for the plan.

Biden said that the 2012 election will provide a clear choice for the American people about the direction in which they want to take the country.