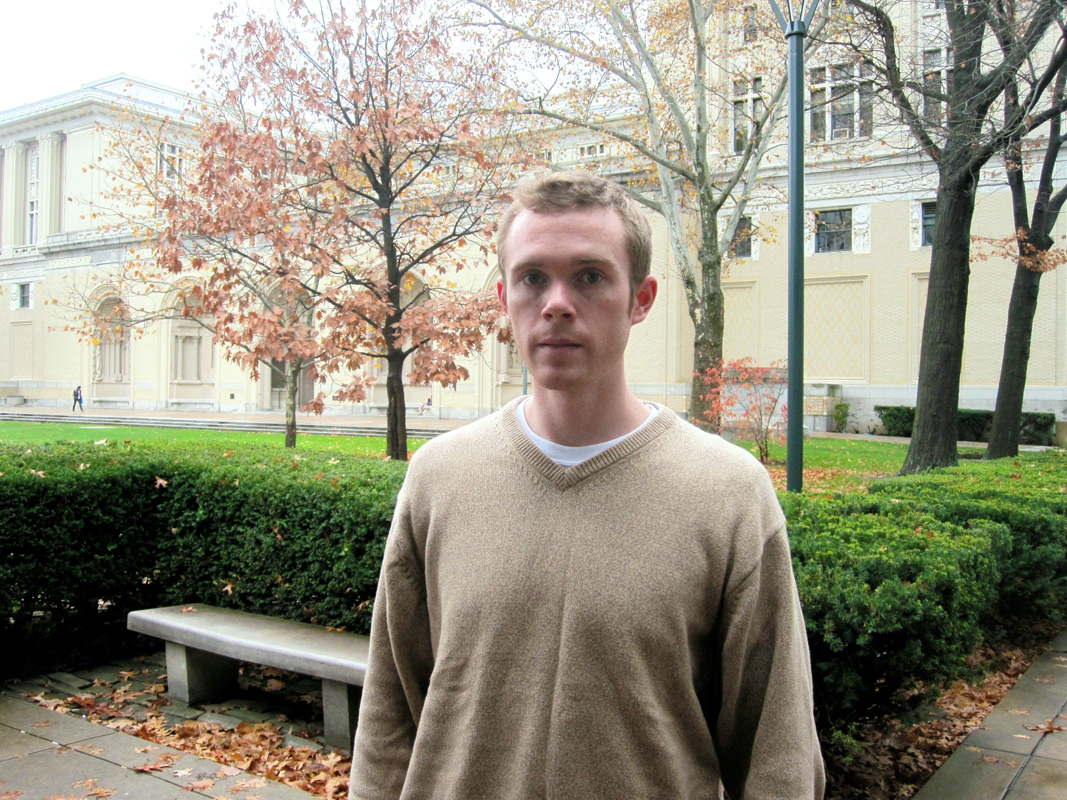 Matthew Walsh, a Ph.D. student in the department of psychology, worked with cognitive psychology professor John Anderson to study how the human brain uses both instruction and experience in learning. (credit: Daniel Tkacik/SciTech Editor)

Do something right and be rewarded — or do something wrong and be punished. For years, research has focused on this trial-and-error type of learning, but a recent Carnegie Mellon study shows that there’s much more to the picture.

Matthew Walsh, a Ph.D. student in the department of psychology, teamed up with cognitive psychology professor John Anderson to look at how the brain learns using experience and instruction. The results of their study, which illustrates the importance of both experience and instruction, were published this week in Proceedings of the National Academy of Sciences (PNAS).

“Just imagine a world where we have to learn everything from experience. How would we train surgeons? That would be disastrous. In fact, most of the things we learn are from instruction,” Walsh explained. “John and I observed that there was an imbalance — that there was a lot of research on trial-and-error learning, but instruction is really more prevalent in daily life, and there’s little work how people learn from instruction.”

The results may seem unsurprising at first. As they gained more experience, the participants who weren’t instructed increasingly chose the shape that was more likely to be rewarded. Those who received instruction knew to choose the rewarding shapes immediately, leaving little room to improve over the course of the experiment. Interestingly, however, the participants showed similar neural activity, as measured by electroencephalography (EEG), a method of measuring electrical activity along the scalp, during both conditions. Despite the two different learning environments, the participants’ brains seemed to be showing similar activity.

The results have interesting implications for patients with learning disabilities.

“There are people with amnesia, and these people will have more difficulty learning from instruction but they’ll have a normal capacity to learn from experience,” Walsh said. “With certain clinical populations, one of these two [learning] approaches might be more successful.”

The ability to separate and identify the two different learning systems has been alluded to by other studies in the past. However, in a Carnegie Mellon press release, Anderson stated, “Although some theories anticipate such a dissociation, this is the most direct evidence to date.”

The study is an illustration of how Anderson has been answering questions about how humans learn for quite some time. Anderson was one of nine recipients of the 2011 Benjamin Franklin Medal “for development of the first large-scale computational theory of the process by which humans perceive, learn and reason, and its application to computer tutoring systems,” according to the Franklin Institute’s website. It’s a big award — the Pittsburgh Post-Gazette reported that its recipients have included Albert Einstein, Thomas Edison, and Orville Wright, and that 67 past recipients of the award have gone on to win a Nobel Prize.

Walsh said that this particular study was just one part of a larger body of work. He and Anderson plan to continue their investigations, building a more comprehensive picture of how humans learn and adapt.