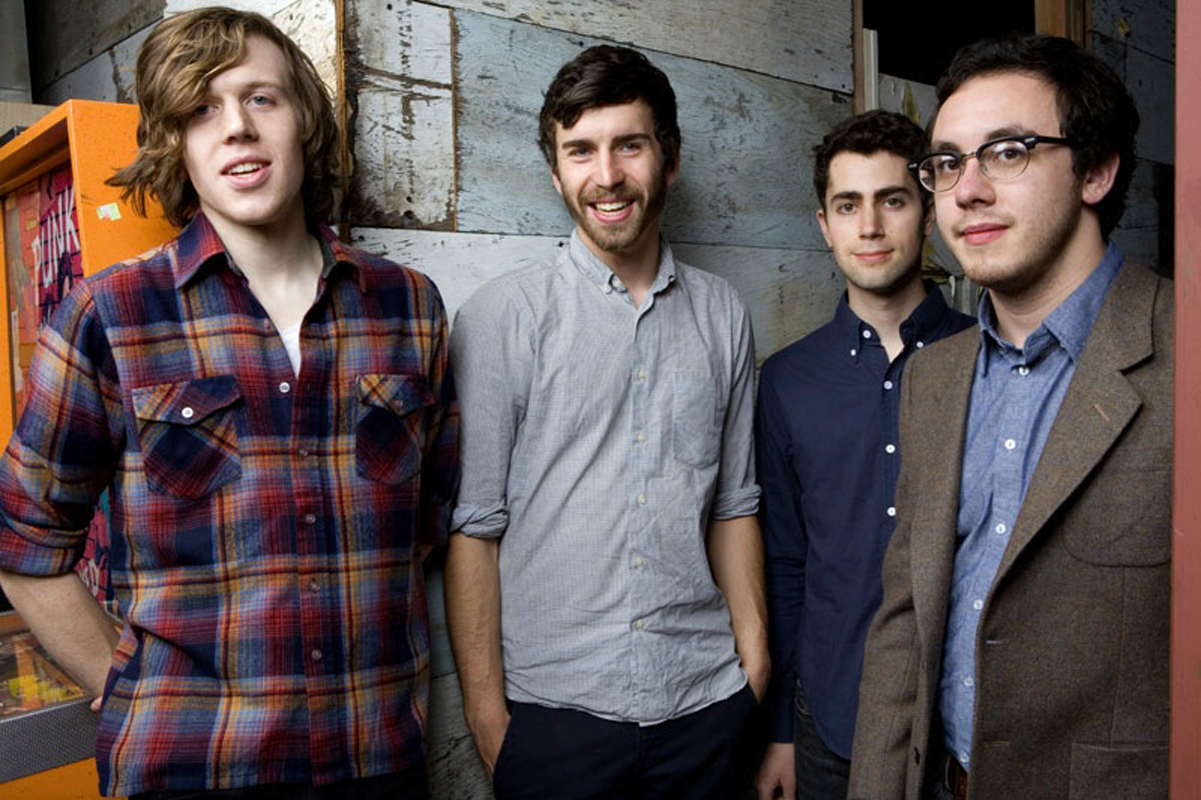 From childhood friends to international indie rock stars, Tokyo Police Club has come a long way in recent years. The members of Tokyo Police Club began making music together in Newmarket, Ontario, Canada, during elementary school. According to guitarist Josh Hook, “We’ve been friends since fourth grade, so we started making music in late elementary school and into early high school. We started playing as this band in 2005. In early 2005 we played our first show, and then we’ve just been going since then.”

The band released its debut EP, A Lesson in Crime, in 2006 on Paper Bag Records. With songs like “Nature of the Experiment,” Tokyo Police Club established itself as a group of talented songwriters and musicians with a knack for catchy guitar riffs. Influenced by the garage rock revival of Radiohead’s Kid A and The Strokes’ This Is It, Tokyo Police Club has gained a large fan base and has released a total of three studio albums and two EPs. The band’s 2010 album, Champ, was well received by critics and fans alike. The upbeat songs and lighter lyrical content showed the more comfortable, relaxed nature of the band in light of its 2008 debut LP, Elephant Shell.

Tokyo Police Club’s most recent album, released on Oct. 4, is a cover project titled Ten Songs, Ten Hours, Ten Days, Ten Years. For this project, the band’s members chose a song from each year from 2001 to 2011; they spent 10 hours a day in the studio for 10 days, writing and recording their cover of one of the chosen songs each day. Originally, the project started as a simple way to get back into writing songs, but it later grew into a larger idea.

According to Hook, “To cover a song, you get to be creative without the ‘one, two, three, go’ of ‘you’re writing an album right now.’ Then, from just wanting to cover songs and get back into a writing mode, we let it evolve.” The album features a wide variety of songs from both popular and lesser-known bands, including M83’s “Kim & Jessie,” Miley Cyrus’ “Party in the USA,” and Moby’s “Southside.” “It was a cool mix of both,” he said. “Some were intimidating, and others were a little bit more easy to deal with.”

Some songs off the album allowed the band more creative freedom than others. Hook mentioned “Strictly Game” by Harlem Shakes as one example. “Judging by the response, they weren’t as well known as, say, Moby or someone like that, so it was fun for people to not have expectations,” he said.

His favorite song off the newest album is the Moby cover. This was the first song the band recorded for this project and, according to Hook, “We had just gotten everything set, flown to Los Angeles, and were just thinking, ‘What the hell are we going to do? Are we actually going to be able to put a song out in 10 hours or one day?’ So to have that first one done was kind of reassuring.”

The project allowed the bandmates to play many different styles of music and provided them with musical experience they wouldn’t have had otherwise. Confident that this experience will have some effect on the band’s own sound, Hook said, “Those elements that were previously foreign to us will probably make their way into our writing process.” He was quick to add, however, “I don’t think it’ll turn out to be exactly like ‘Party in the USA.’”

Tokyo Police Club has been enjoying some time off recently, a luxury the group doesn’t often have. According to Hook, the friends are all ready to get back in the game and have been throwing around some ideas for new material. The remainder of their year will be spent playing shows and writing new songs.