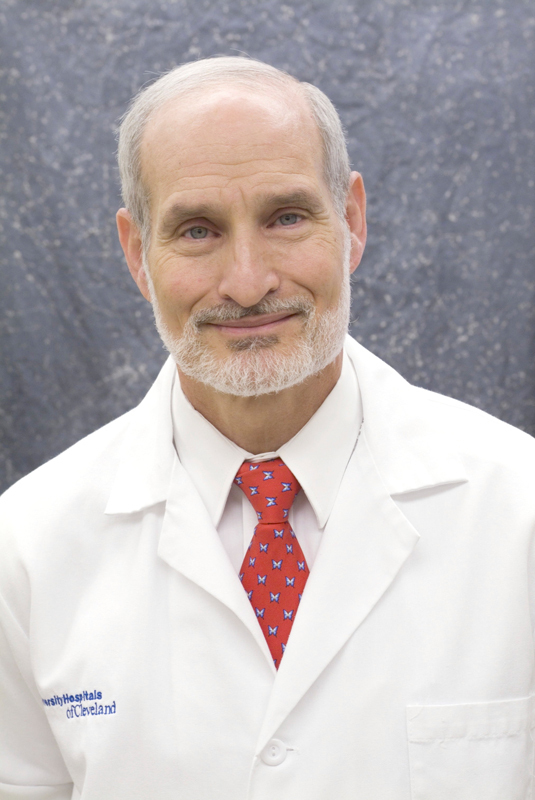 Hillard Lazarus is a renowned blood cancer expert. While he was a student at Carnegie Mellon, he learned to “think differently.” (credit: Courtesy of Alumni Relations)

Blood cancer and transplant expert Dr. Hillard Lazarus (E ’70) is one of two recipients of the 2011 Alumni Distinguished Achievement Award.

Lazarus’ interest in medicine grew out of his Carnegie Mellon undergraduate days in civil engineering, when a few researchers in his department began working on bioengineering problems.

“They had a couple guys who were working in one corner of Porter Hall that were into so-called biotechnology,” Lazarus said. “I was really captivated when I was a student: They were doing phenomenal things ... and I got really excited about it.”

One of the researchers put Lazarus in contact with a cardiac surgeon at West Penn Hospital in Bloomfield; while working with the surgeon, Lazarus studied flow dynamics in order to improve the efficiency of a mechanical heart valve. From there, he said, he got “hooked” and began to focus on medical research instead of engineering.

Lazarus graduated from medical school at the University of Rochester in 1974, and today he specializes in blood and bone transplants at the University Hospitals Case Medical Center in Cleveland. The center is affiliated with Case Western Reserve University, where Lazarus also serves as a professor of medicine. He is currently working on cellular therapy — in effect, programming cells to carry out different functions.

“Instead of just giving a drug or a radiation or a this or a that, we’re actually starting more and more to harness human cells,” Lazarus said. “What we’re doing ... is taking cells and putting them into the right circumstance. For example, we’re fixing people that have multiple sclerosis by putting in cells that are going in to act as repair and anti-inflammatory [cells]. Flabby hearts are getting juiced up with cells from the outside that go into the heart and fix the heart and make it work better.” Such procedures, and other advances in the area of regenerative medicine, may eventually be able to replace entire organs.

Already regarded as a pioneer in non-embryonic stem cell transplants, Lazarus received the American Cancer Society’s Lifetime Achievement Award in 2007. This year, U.S. News & World Report and Castle Connolly Medical listed him among the country’s top doctors, ranking him in the top 1 percent of hematologists nationally based on peer reviews.

Lazarus said he has four passions: his family, fighting cancer, the Pittsburgh Steelers, and Carnegie Mellon. As an alumnus, Lazarus has been enthusiastic about Carnegie Mellon for over four decades.

“No matter what I said I wanted to do or how I wanted to do it, they would just open doors for me,” he said, speaking of his undergraduate professors. “These guys wrote great letters for me to get into medical school, and they just bent over backwards to help me, and I’ve remembered that my whole life to the point that I will do anything for the university.”

As examples of his dedication, Lazarus has served on university panels, the president’s advisory board, and the Dean’s Council. He also recruits high school students, and he and his wife Joan have established a scholarship at the university.

Lazarus looked back on his student days as a special time of his life. “When you’re trained at a place like Carnegie Mellon, they help you learn how to think differently,” Lazarus said. “The spirit, the culture — you can cut it with a knife. You can stop students on the quad or see people in class — they get it, and you get it, and there’s this feeling you can’t explain to an outsider.”