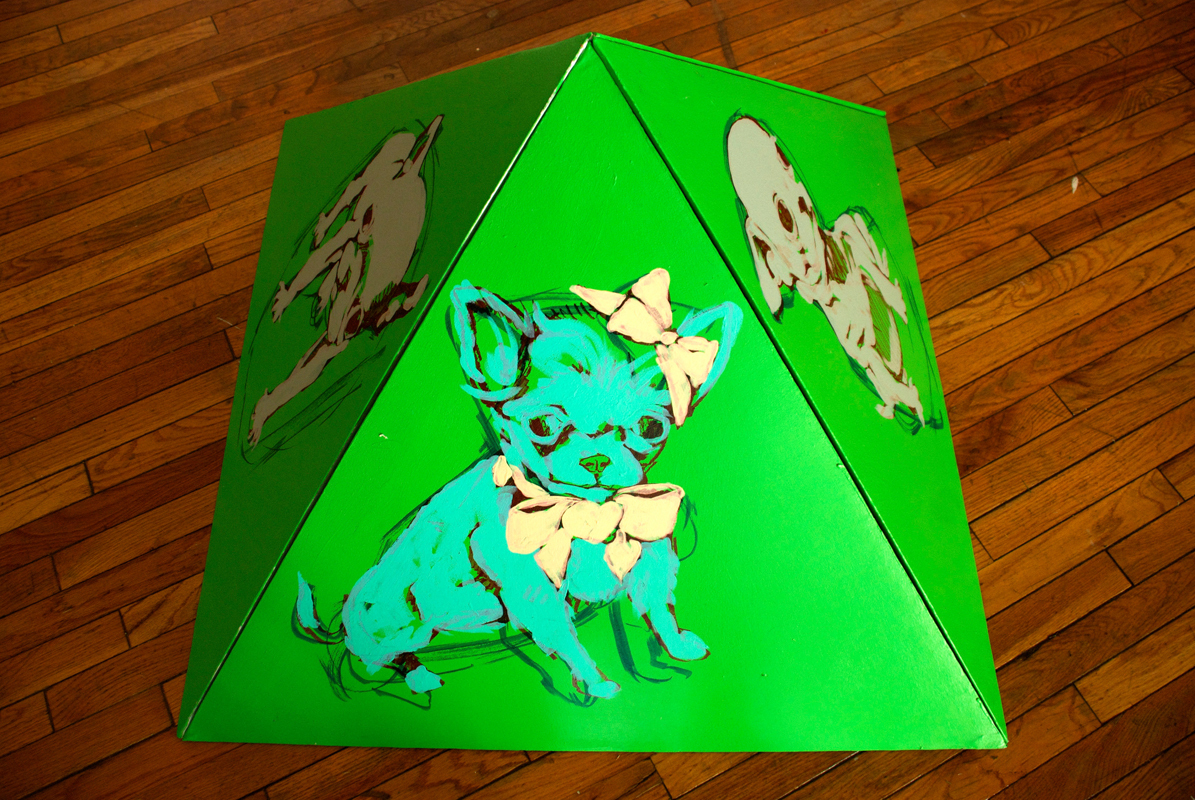 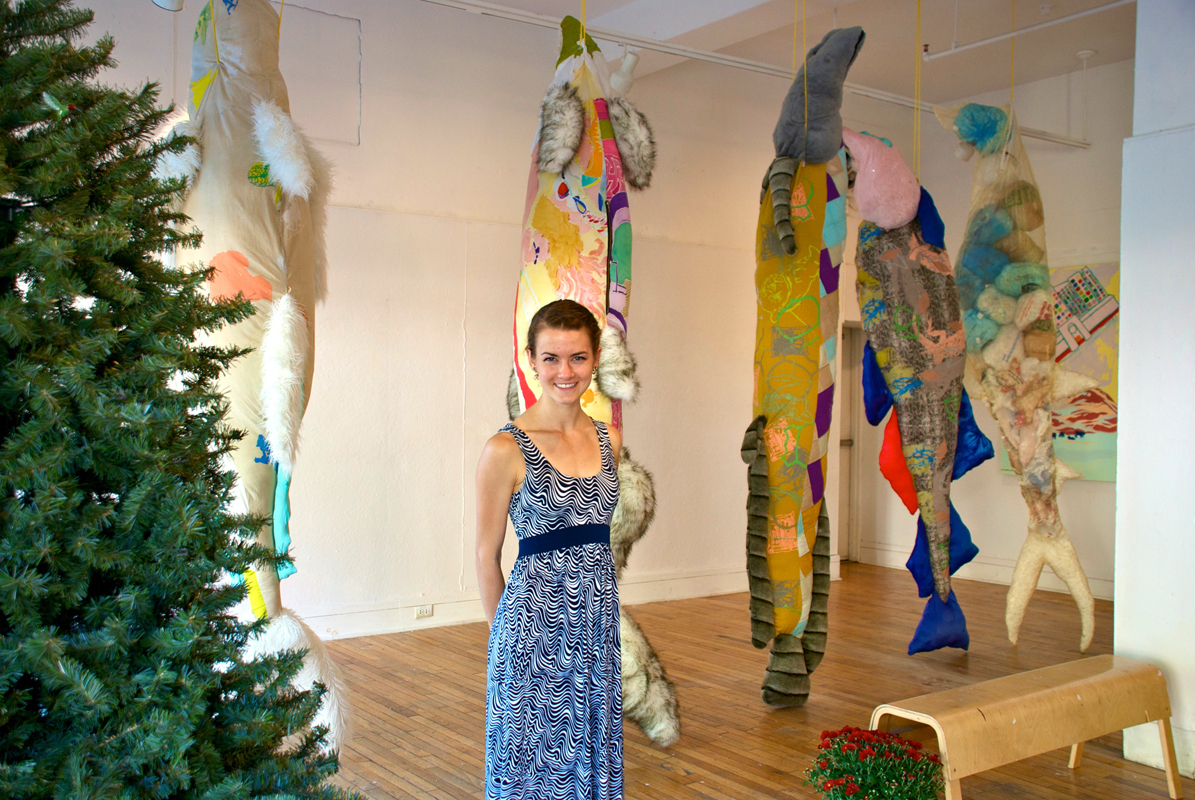 Emily Wobb puts random images together and forces her viewers to figure out the meaning themselves. (credit: Thomas Hofman/Photo Editor)

Emily Wobb, a junior art student at Carnegie Mellon, opened her first solo show at The Frame last Friday to a small crowd of friends and curious passersby. Her bright, experimental paintings alongside handmade plush whale sharks and interactive coloring pages lent The Frame a light, fun air not usually found within the sterile white walls of the art gallery.

“My work focuses on experimenting with different media,” Wobb said. “I painted one of the whale sharks with silk paint, and silk-screened a few more.” Mixed media was certainly a theme among Wobb’s work. Many of the paintings were made using a variety of methods, including stencil, Sharpie, print, and paint. Three “paintings” on the floor were made from 3-D canvasses shaped like pyramids, which were constructed by hand. Even the prints, pictures of veggies hidden inside a fridge in the back room, encouraged visitors to make their own mixed-media work by coloring in pictures with Sharpies, crayons, paint pens, and markers.

The experimentation found throughout Wobb’s work is what both grounds her as an undergraduate still trying to figure out her niche in the art world and what makes her work so simple and refreshing. There doesn’t seem to be a groundbreaking concept behind her work besides that of simple, innocent curiosity. “I’m influenced by arbitrary and absurd content and how I can juxtapose seemingly random imagery/objects together to allude to a narrative,” Wobb said in an email.

In other words, Wobb fits random images together coherently and forces her viewers to figure out why it works. Why does a group of possums huddled around a bowl of soup make so much sense when it’s presented as a work of art, when it would be so strange sitting in your kitchen? Similarly, why are we not disturbed when a giant stuffed whale shark has brightly colored images of ramen printed along its body?

From this “absurd” experimentation, though, comes small moments of conceptual brilliance. One of the whale sharks had a transparent “skin” that showed a belly full of stuffed garbage bags, some sewn into the shapes of starfish, some simply tied together and thrown in. In the midst of these objects is a baby whale shark — or a small fish, depending how you see it. Molly Swartz, a junior in the Bachelor of Humanities and Arts program, wondered whether the animal was “pregnant, or had consumed its young.” This juxtaposition of very different possible interpretations showcases the power of ambiguity in art.

Wobb’s work is a testament to the power of The Frame and a vote of confidence for future shows. See more of her work at emilywobb.com, and be sure to stop by at the next Frame event to see what’s being made at Carnegie Mellon.