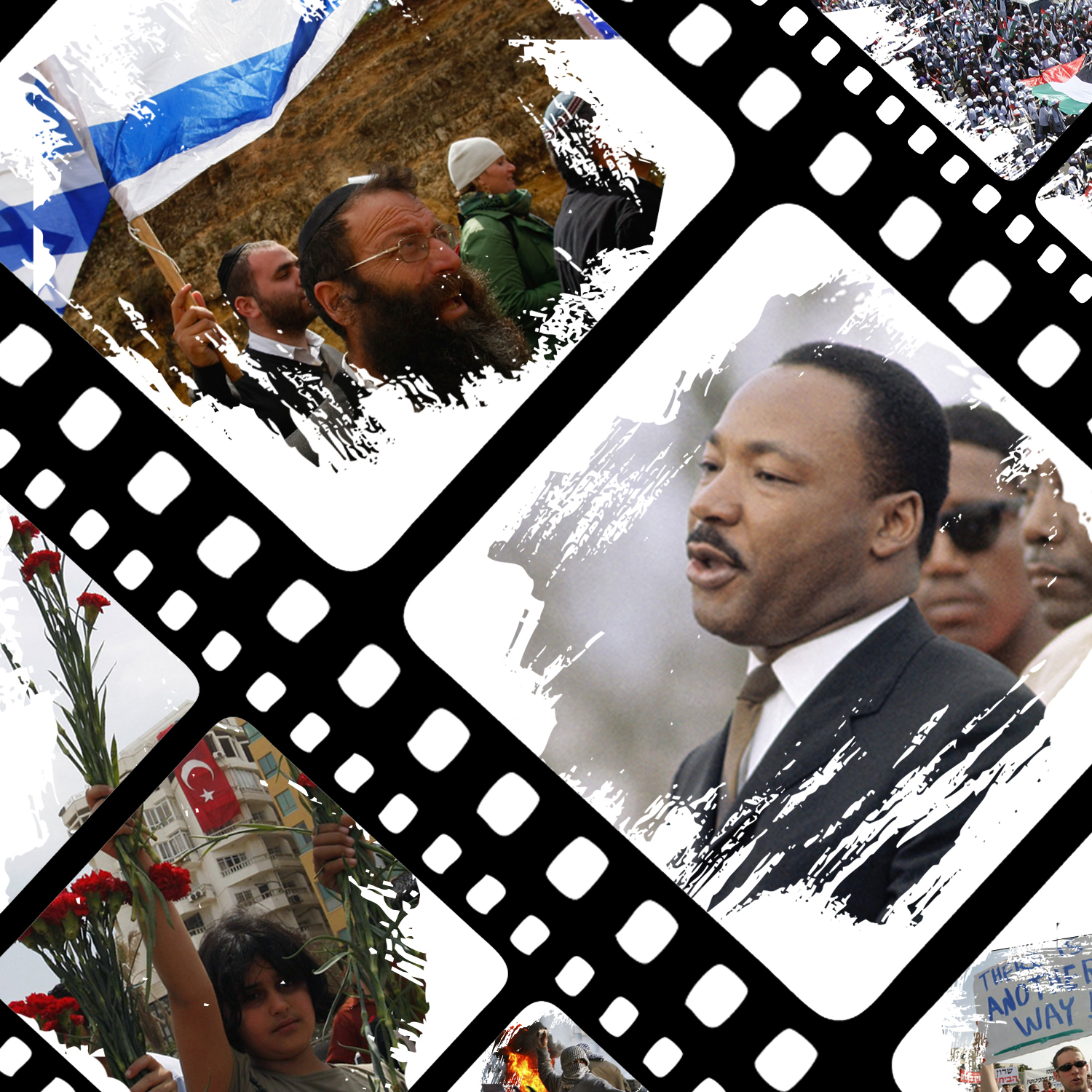 The voice of Martin Luther King Jr. booming, “One day, right there in Alabama, little black boys and black girls will be able to join hands with little white boys and white girls as sisters and brothers” is juxtaposed against the image of people holding Palestinian flags with chains wrapped around their wrists in the trailer for Little Town of Bethlehem.

This is just one of many powerful images that the short trailer promises for EthnoGraphic Media’s film, which will be screened in Rangos 1 and 2 tomorrow. In its most basic sense, the film is a documentary illuminating the lives of three men of different faiths who live in Israel and Palestine.

Cary McQueen Morrow, a Heinz College alumna (’03) and the director of the Grassroots Empowerment department for EthnoGraphic Media, explained that the film “follows their own personal story, starting even with their grandparents, taking them all the way through the present day.”

Filmed on location in the West Bank, Tel Aviv, and Jerusalem, the film follows the three protagonists in their journey of using nonviolence to address the often-brutal Israel-Palestine conflict. The film will be shown as part of Carnegie Mellon’s “Two Weeks of Peace” program, which celebrates Gandhi’s birthday and the International Day of Peace.

The story of the film began when the producer, Mart Green, began traveling all over the world, looking for interesting stories involving real people. He connected with an Israeli Jew, a Palestinian Muslim, and a Palestinian Christian, who were all working towards nonviolent resolution to the violent Israel-Palestine conflict.

After the film was completely finished, it was premiered last year in Tel Aviv, Bethlehem, and Jerusalem to “make sure that the story was resonating and accurately conveying the reality for the people whose story it is,” Morrow said.

After those premieres, however, the film moved towards its target audience: American college students. “Our mission is to get 18- to-25-year-olds involved in talking about and thinking about and understanding what their role could possibly be in the toughest issues of our times,” Morrow said.

While Carnegie Mellon did not originally make the list of universities to screen the movie, Morrow reached out to Indira Nair, the former vice provost of education, to see if the school was interested. The screening has evolved into a comprehensive program, which will open with a dramatization of a news broadcast by Evan Barron, a senior drama student. After the film, there will be a discussion with Carnegie Mellon history professor Laurie Eisenberg, Morrow, and Green. “EthnoGraphic Media is unique in their approach to filmmaking and storytelling — they work from the inside out, telling stories in ways that people can hear,” Morrow said.

Eisenberg, a historian of the modern Middle East, explained the challenges with the film. “I would hope that the [message of nonviolence] would be welcomed, but the region and the Palestine-Israel theater is not without very real dangers. So the solution isn’t as simple as saying, ‘If we all join hands, we can make peace happen.’ But the film’s three subjects represent an important part component of the formula that is required to make peace a reality,” she said.

Morrow acknowledged similar challenges, and indicates that the critics of the movie are people who have already formed opinions. “There’s between 60 and 80 percent of Americans who are what we call the convincible middle. They can think [the conflict] is hopeless because it’s been going on for so long, but as an alternative, they are willing to discuss that and see why it is. That’s really who we’re talking to.”

While the intended audience is anyone in the campus community, Morrow is especially optimistic about the students. “I think the generation who will be leaders in the next 20 years, who are on campuses now, are really smart and creative in ways that previous generations weren’t. There’s a lot of opportunity for thinking differently about seemingly intractable problems,” she said.

Shernell Smith, the coordinator of multicultural and diversity initiatives, reiterated how the film showing and panel discussion will open up a dialogue. “This is not a debate, it’s [a] discourse. I’d like to see how [the conversation] can continue. My hope is that we have a dialogue in a respectful way,” said Smith, who has worked to put together the Two Weeks of Peace program.

Nair agreed and commented on the impact that the film can have. “Even if five students use this for open discussion, that’s enough for me. With none of these things should you measure the effect immediately…. The impact of things when they sink into people’s heads is slow — sometimes it can take years,” she said.