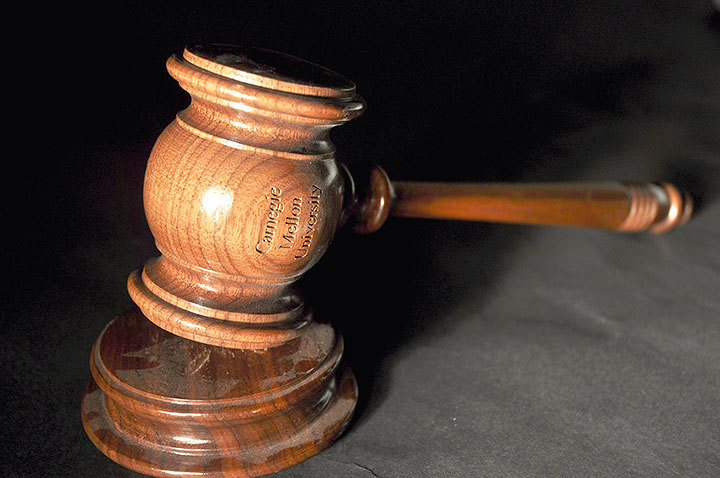 Racial targeting in incarceration is an issue that has taken a backseat over the past decade ever since terrorism took the forefront in the court of public opinion. However, it will once again be a hot topic when two new films with opposing views on the infamous trial of Mumia Abu-Jamal debut simultaneously.

Abu-Jamal has been described by The New York Times as “perhaps the best known death row prisoner in the world,” and the question of his innocence and whether his trial and treatment were just has received plenty of international attention over the past three decades. The case is often cited in the debate on whether the death penalty should be used as a means of justice. During his imprisonment, Jamal published several books and commentaries, notably Live from Death Row, which has contributed to his status as a controversial cultural icon.

Professor Johanna Fernandez, who used to teach at Carnegie Mellon as a visiting professor and now teaches at Baruch College, teamed up with filmmaker Kouross Esmaeli to produce a film about the workings of the criminal justice system and, more specifically, the nearly 30-year-old Abu-Jamal case. The film, aptly titled Justice on Trial, follows the sentencing and subsequent appeals of the case while exposing the numerous violations of the standards of fair trial conducted by those involved in the criminal justice system. Filmmaker Tigre Hill produced the other competitor in this controversial film duel. Titled The Barrel of a Gun, Hill’s narrative portrays Abu-Jamal as a cold-blooded cop killer.

“We decided to confront Tigre’s film with a more thoughtful exploration of the case after we saw the series of initial trailers that he released six months ago,” Fernandez said in an interview with PhillyIMC. “Contrary to his claim of having found ‘rare new insight’ into the case, the trailers pointed to a rehashing of the basic arguments put forth by Assistant District Attorney Joe McGill, who wanted to win a death sentence by any means necessary. We want to elevate the dialogue at a time when reasoned voices are needed.”

Justice on Trial challenges Hill’s account of events by reviewing 29 years of judicial records, facts, and historical insight, and the film revealing new and possibly exculpatory evidence. Many consider the crisis of the American judicial system as one of the most pressing civil rights problems of our time, and this film addresses these issues. It challenges its audience to think about the issues of racism and the flaws in the American criminal justice system.

According to a recent press release from media communications company BgConnex, the film “features lawyers and criminal justice experts, young Mumia supporters, citizens across the racial spectrum, and both police officers who defend and those who doubt the official trial records.”

Fernandez revealed that, during its research, the team discovered cases of judicial bias, prosecutorial misconduct, and discrimination in jury selection, as well as police corruption and the tampering of evidence to obtain a conviction. “Some of the violations shocked the conscience. Too many people think that judges are honest and the system is fair,” Fernandez said. “Politicians are doing things to get votes. Criminals are often the politicians and the police are the court system. They are getting away with murder. The other film argues that Mumia killed Faulkner in a pre-meditated fashion, and we thought it would be too damaging to Mumia and decided to finish our film.”

Fernandez also disclosed that her passion for the case and the issue was born here at Carnegie Mellon.
“I arrived at CMU in 1995. I was at a speech by Ellaine Brown. She gave a phenomenal talk. I made a comment, and a professor by the name David Demarest told me that Mumia was not far from Pittsburgh and that I should visit him. His persistence eventually prevailed and I did. I even taught a class at CMU and had a live conversation with Mumia in class. I have been doing it ever since, but nothing will come close to that first conversation with CMU students that we had with Mumia. It stretched us intellectually and it stretched us humanely. My students at CMU had a very strong ethical core. The students realized that the man has been wrongfully demonized by the press in Philadelphia,” Fernandez said.

Addressing students at Carnegie Mellon, Fernandez went on to say that it is “important to keep in mind that students have the luxury of being in an environment that fosters critical thinking. The object of the environment is to ask questions. In this instance, students should scrutinize the case and ask whether justice has been served. Sometimes students do not realize that they have the power to change society.”

Justice on Trial will have two screenings tomorrow. A press preview begins at 2 p.m. at the National Constitution Center. This screening will be followed by “In the Interest of Justice,” a public panel discussion of the constitutional questions central to the controversy surrounding the Abu-Jamal death sentence. Both events are free but public seating is limited. A second screening will take place at the Ritz East Theater at 8 p.m.

Abu-Jamal currently is being held on death row at Waynesburg State Correctional Institute.