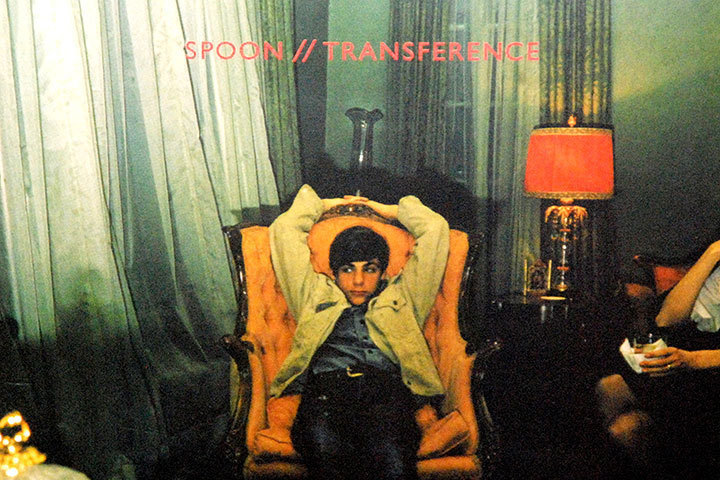 Since Spoon’s breakthrough album, 2007’s Ga Ga Ga Ga Ga, audiences have been eagerly awaiting the band’s follow-up. But Spoon’s latest record, Transference, disappoints, consisting of the same popped drums and jutting melodies as all of their records.

While some criticized Radiohead’s In Rainbows as Radiohead “attempting” to make a Radiohead album, Spoon has decided to one-up the band by making their newest album nearly the same as the past two, Ga and Gimme Fiction. Perhaps Spoon saw the massive success of In Rainbows and thought that they could emulate that success — or, more likely, Spoon has hit a creative block that they need to overcome to remain relevant. All of the tracks contain the signature Spoon sound.

The middle portion of the album, tracks five through nine, contains the meat of Transference. “Written in Reverse,” the most notable track on the album, consists of several breaks from the beat that give a disorienting experience. The piano’s forcefulness nearly equals the steady drums. While lead singer Britt Daniel is constantly rasping his voice over the top of the music, his lyrics are easily forgettable, especially the horrendous “Writing this to you in reverse/Someone better call a hearse.” Despite its shortcomings, “Written in Reverse” will join “Beast and Dragon, Adored” as the two best heavy jams that Spoon has created.

After “Written in Reverse” comes “I Saw the Light.” The buildup of the track is quite excellent, with Daniel’s voice mixing with the music quite nicely. Daniel oozes suaveness as he nonchalantly sings his portion until the guitars build to their forte. Then, suddenly, at the peak of the track, it turns into an instrumental. While it isn’t terrible, the instrumental section seems as if it were a placeholder for something to be finished later. Much like the entirety of Transference, “I Saw the Light” does not feel finished. Perhaps this rawness is supposed to bring the audience closer to Spoon’s creative process. However, it seems as if they could not deviate extremely far from Ga, so they tried to make very similar songs without the high level of Ga’s production.

“Trouble Comes Running” is another excellent example of a usual “Spoon” track, acting as a microcosm of Transference. Does it have a repeated lyrical theme? Yes. A heavy beat? Yes. Spoon’s typical harsh guitar? Yes. However, the released version of the song is a demo track — meaning it isn’t put through the heavy editing done in studios. It’s an interesting choice by the band, as the track’s haziness distinguishes it from the rest of Spoon’s library. While it might sound extremely similar to many of their previous songs, its execution is laudable.

Transference’s déjà vu doesn’t necessarily ruin the album. While Transference hasn’t been the canonical Spoon album (that title would go to either Ga or Gimme Fiction), it at least attempts at altering the band’s sound. The first half breaks up melodies suddenly and alters them, and “Written in Reverse” is certainly one of Spoon’s best songs. Overall, Transference is an album that contains too many forgettable tracks. Both lyrically and musically, Spoon seems to have hit a creative wall. If Spoon wants to be more than simply the darling of their hometown — Austin, Texas — they must branch out and experiment more with their music.