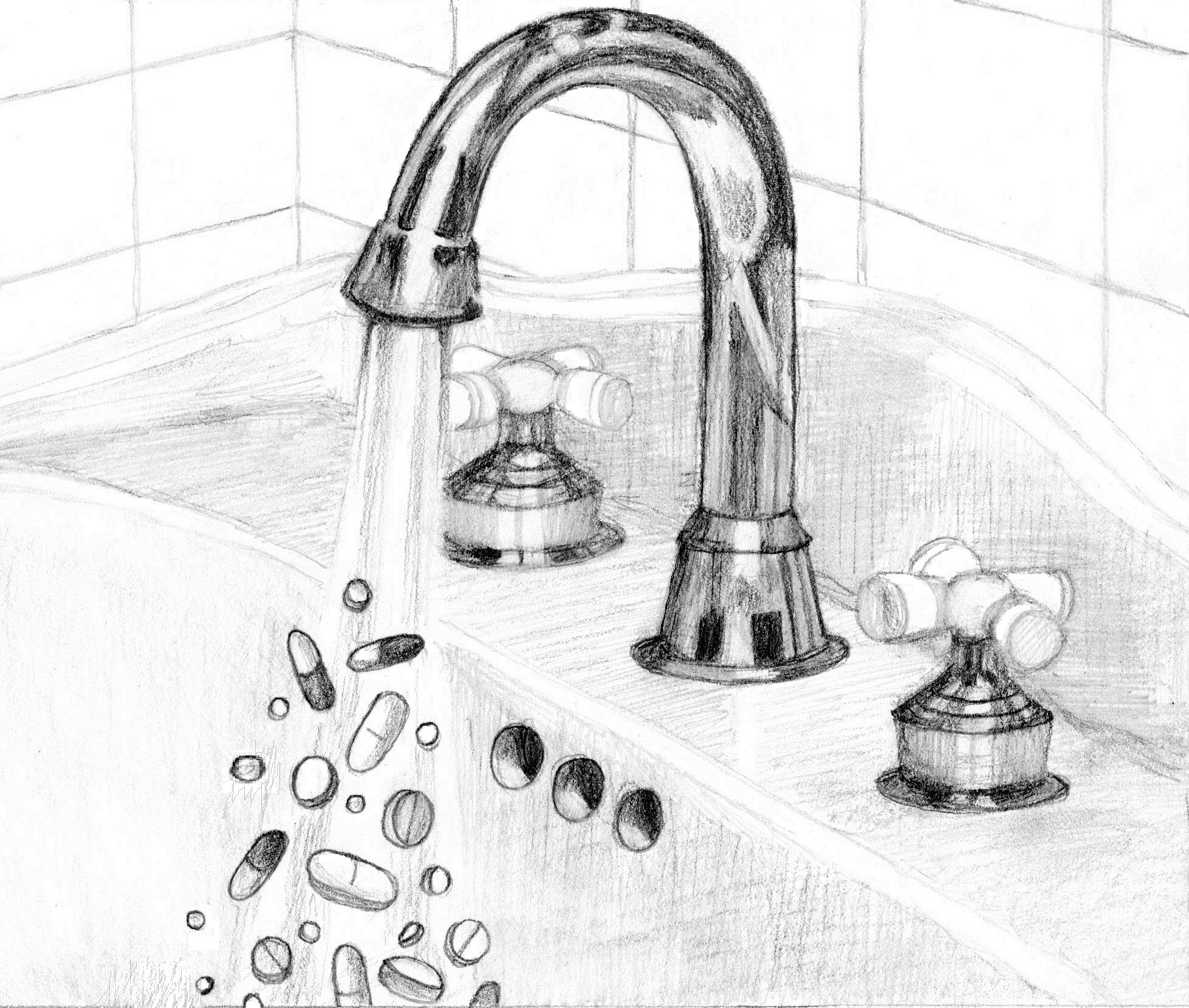 Pharmaceutical drugs have become so common in our lives that they sometimes appear in surprising locations. Researchers at Carnegie Mellon’s Steinbrenner Institute, which focuses on environmental science research and safe environmental practices and policies, have performed extensive work in determining the effects of pharmaceuticals in public water supplies.

David Dzombak, a professor in the civil and environmental engineering department and faculty director of the Steinbrenner Institute, expressed concern at the inability of waste water treatment plants to remove these pharmaceutical compounds. Although he has performed no specific research in this area, he has worked closely with interdisciplinary departments exploring water quality problems.

“[These contaminants are] in very small concentrations, but we’re ingesting them,” Dzombak said. “Many of them don’t break down very well, or at all.... We don’t know what that means exactly, and so people are investigating the toxicity as well as ways to remove them.”

These problems were brought to the public’s attention in the late 1990s, according to Dzombak, especially concerning compounds known as endocrine disrupters, which are present in many pharmaceuticals and cosmetics and affect endocrine systems of people and animals. In the early 21st century, the U.S. Geological Survey analyzed various sources of surface water, such as streams and lakes, across the United States and found detectable levels of many antibiotics and other substances. Because of this discovery, concern has risen regarding similar chemical water contaminants, and the U.S. Geological Survey has conducted new surveys approximately every five years to observe new trends.

The Centers for Disease Control and Prevention have conducted several national surveys in which blood samples were taken from people of different race, sex, and age distributions, and researchers found that these pharmaceuticals and antibiotics were present in trace amounts in their bodies. These surveys, in addition, are taken frequently. According to Dzombak, they address questions such as, “Are some of these chemicals decreasing? Are some of them increasing?” Dzombak also wants to discover if their presence may have any deleterious health effects.

Interdisciplinary fields are working with the Steinbrenner Institute to gather data on water quality and what can be done to improve it. The Center for Environmental Implications of Nanotechnology works with carbon nanotubes and silver nanoparticles, for example, in conjunction with Duke University, and studies “how they get distributed in the environment, how these particles are moving in the environment, what their potential for exposure is to various eco-receptors — plants and animals.”

Other researchers are working to improve the quantity of technologies available now. Carnegie Mellon organic chemistry professor Newell Washburn has been working with small molecules that can digest large organic compounds, such as those found in pharmaceuticals. These small molecules, known as tetra-amido macrocyclic ligands (TAMLs), act as catalysts to oxidize and digest the impurities, but their small size causes them to move with the current of moving water. To compensate for this, Washburn adhered the TAMLs to a carbon surface so that water can pass through them more readily. However, this technology may not be ready for large-scale use. “If you want to purify 200 million gallons of water for Pittsburgh,” Washburn stated, “it’s not economically viable as it stands now.”

Steinbrenner Institute research will continue in the future, but Dzombak warned that the problems are much closer to home. “Here in Pittsburgh and in other cities, we still dump raw sewage into our rivers. Abandoned mine drainage is the biggest water quality problem in Pennsylvania,” he said. However, he remains hopeful. “What I would like to see is for us, as a society, to take more aggressive action on longstanding problems that we have not solved yet. It takes political will and money to do it, but we’re doing it; we’re making progress.”