The Social Network is a box office smash 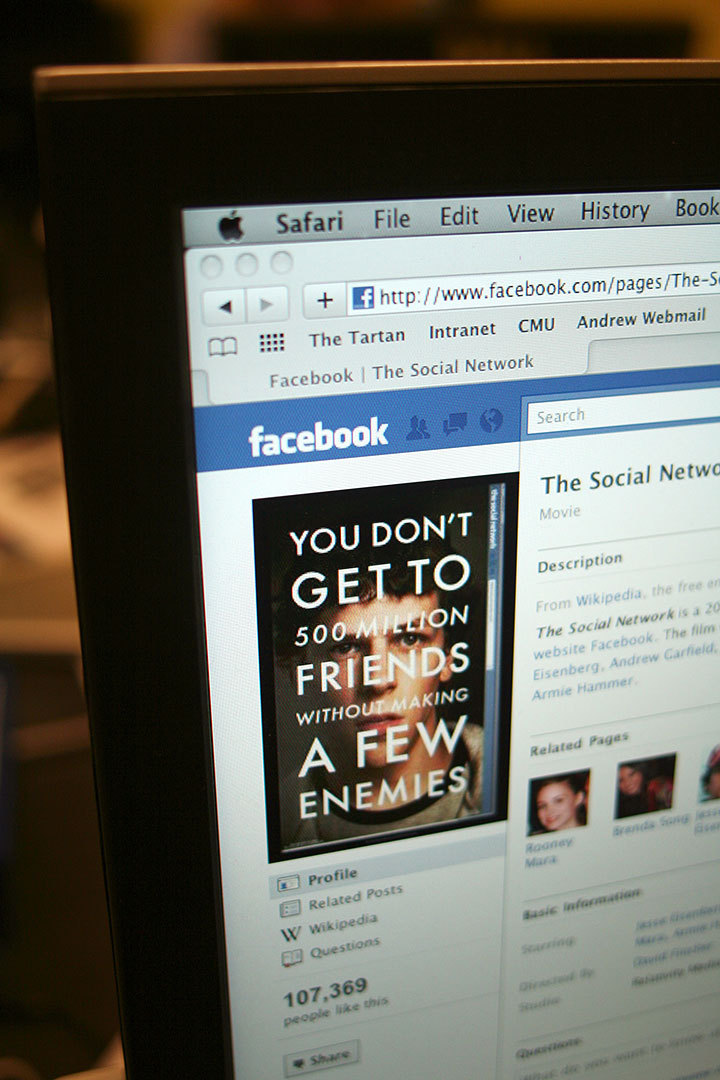 The Social Network, hailed by a number of prominent reviewers as the movie of our generation, is often smart and consistently entertaining. However, let’s not be so quick to let it define our generation.

The movie chronicles Mark Zuckerberg, played by Jesse Eisenberg, as he develops Facebook and (sort of) deals with the ensuing litigation. Dumped by his girlfriend and obsessed with the exclusive Final Club at Harvard University, Zuckerberg’s first foray into social networking sites and our second glimpse into his shocking lack of tact involves him hacking university computers to create a website for visitors to rank their female classmates based on appearance.

The film spends most of its 121 minutes recounting the early stages of Facebook, using flashbacks framed by the testimony from two lawsuits against the site’s founder. Eduardo Saverin (played by new Spider-Man actor Andrew Garfield), who is from all evidence Zuckerberg’s sole friend, spends his screen time mostly whining about the increasing role of super-sleaze Sean Parker. (Kudos to Justin Timberlake for his performance in this role.) The Winklevoss twins (both played by Armie Hammer) are wealthy Final Club members who recount their contributions to the multi-billion-dollar enterprise and provide the majority of the film’s comic relief.

Surprisingly funny at points and terribly engrossing, The Social Network presents a story that most Carnegie Mellon students will, in many respects, undoubtedly relate to — or envy. Most of Zuckerberg’s lines showcase his unfailing wit, most often used to undermine the few adults in the film. The smart-ass remarks and too-clever comments, nonetheless, quickly become trite.

Again, most Carnegie Mellon students will relate. As The Social Network follows Zuckerberg, its focus is a narrow one, and women are relegated to marginal roles. Although there was a pair of female lawyers, the rest of the women are cast as being jealous and bad at video games. The film is not necessarily chauvinistic — just the characters. Since women account for less than 10 percent of tech start-up founders — according to Astia, a venture capital organization dedicated to increasing this percentage — a different depiction would most likely not have been accurate. This is especially true of the girl-obsessed Zuckerberg, who spends the final scene of the film trying to “friend” the ex-girlfriend whose rebuke kicks off the film (“You’re going to go through life thinking girls don’t like you because you’re a nerd. It’ll be because you’re an asshole”). No worries, though. Marylin Delpy (played by The Office’s Rashida Jones) redeems Zuckerberg, telling him: “You’re not an asshole, Mark. You’re just trying so hard to be one.”

With a screenplay by Aaron Sorkin and direction by David Fincher (Seven, Fight Club, The Curious Case of Benjamin Button), The Social Network provides a compelling, if not entirely fact-based, look into a hugely influential phenomenon and how a socially incompetent person redefined how we socialize.