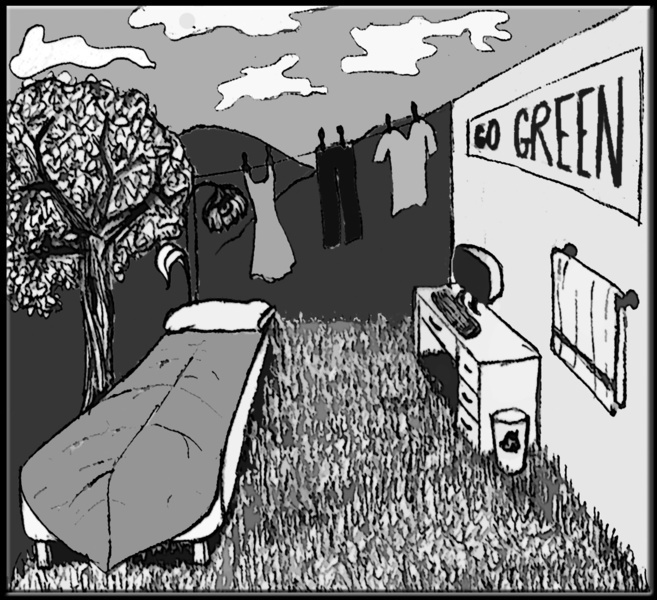 House Wars have returned to Carnegie Mellon. Except this time, all dorms are in the mix and are competing to be the most carbon-efficient residence hall on campus. StepGreen, a new computer program led by Carnegie Mellon’s Human-Computer Interaction (HCI) Institute, separates each dorm and tracks every student’s daily actions while judging them based on the level of carbon emissions. Dorms are competing to have the lowest daily carbon score.

“I think the element of competition will encourage some people to at least evaluate their level of emissions, if not reduce them,” said Lizzy Madden, a senior public policy and management major.

Once registered with StepGreen, a student is asked to input his or her daily actions. The program not only immediately calculates the carbon emitted and adds points to their dorm, but additionally provides the student with feedback for recommended alternatives and the money and carbon that would be saved.

“It is a grassroots effort to bring change at an individual level — motivating people to live green,” said Pratibha Singh, a graduate student at Carnegie Mellon and part of the HCI initiative. “All our actions create some kind of waste. Over-consumption of natural resources in an unsustainable manner without even being aware of the damage we are causing is a problem today.”

Carnegie Mellon already leads the way in green dormitories, but Singh suggests that green living goes beyond green buildings, such as Stever House, that are LEED certified.

“I remember one student mentioned that Stever House would easily beat every other dorm in the green dorm competition we are holding,” she said.

“A green building is different from green living. You may have a green building, but if your day-to-day habits are overly consumptive, it causes carbon dioxide emissions that could have been avoided.”

Students interested in signing up can go to cmu.stepgreen.org. Questions can be directed to stepgreen@cs.cmu.edu.