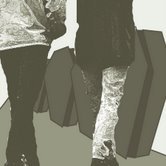 Zombies are one of the true representatives of the horror genre. Why zombies are so frightening is a matter of psychology — we feel uncomfortable around objects that feel familiar and foreign at the same time. They seem so human, yet they have an unsettlingly different anatomy.
Fortunately for the human race, zombies do not actually exist. However, a medical condition exists that causes people to think they have turned into zombies. This is a mental disorder called Cotard’s Syndrome, or Walking Corpse Syndrome. Discovered by French neurologist Jules Cotard, who had a patient with the condition, it was first described in 1880 as a syndrome that eventually made the patient deny their sense of self.

Symptoms of this mental disorder vary between individuals, but share the common trait of being bizarre. Sometimes, patients think they have died or lost their soul; other patients deny the existence of their body parts, from limbs to organs inside the body. Some patients think that they do not have blood.
The inability to recognize the body is an extremely dangerous condition, as no care will be given to it.

According to an article on www.associatedcontent.com, one patient starved himself because he did not think he had a stomach. The original patient studied by Cotard started to think she did not have to eat, and believed she could never die naturally. Another article on www.healthdoc.info, describes a case in which another patient, in 1996, thought he died of either AIDS, yellow fever, or septicemia, a disease where pathogens are present in the blood stream. In addition, he thought his soul was taking a trip in hell, while his physical body was asleep elsewhere.

People are not born with disease, but rather acquire it through some mental illness or physical injury. Different parts of the brain control the way a person perceives the world, and when these parts are injured, perception can be altered. Walking Corpse Syndrome is thought to be related to depression, schizophrenia, and derealization, a condition in which the world, or one’s self, feels unreal.

Head trauma, like in a case in which a motorcycle accident caused this disorder, can be the cause of an altered perception as well. Cortard’s Syndrome is also believed to be related to Capgras Syndrome, a disorder that causes one to believe a person, usually a family member or close friend, has been replaced by an impostor.

According to www.psychnet-uk.com, Capgras Syndrome results when the brain does not consciously recognize faces. Similarly, Cortard’s Syndrome may result when a person sees his own face or body but is unable to recognize it as himself. Therefore, the brain perceives the individual as someone else, resulting in a belief that the true self is nonexistent.

This disorder presents itself subconsciously — just as we know we are alive and recognize ourselves, people who suffer from this syndrome act as if they truly believe their body does not exist.

Because of the rarity of the disorder, effective treatment is not known.
Antidepressant drugs do not seem to have much effect on individuals with the disorder. However, electroconvulsive therapy has been shown to be effective in certain cases, curing patients of the disorder.

Electroconvulsive therapy involves inducing a seizure in a certain area of the brain, causing a person to lose consciousness and convulse for 15 seconds.
The mechanisms of electroconvulsive therapy are still not known, but it has shown to be effective for treating many mental illnesses, including depression, bipolar disorder, and schizophrenia.

This disease is still mostly unheard of and not well-understood; treatments are still largely experimental.
However, for the select few who are affected by this disorder, what we do know will help them live a normal life.