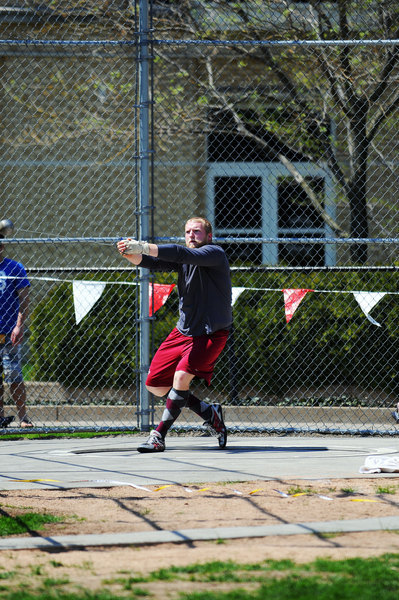 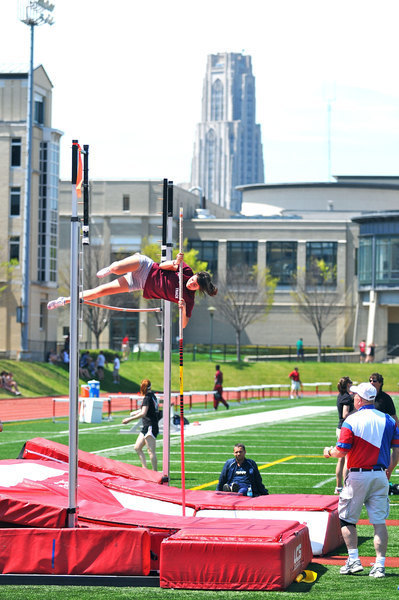 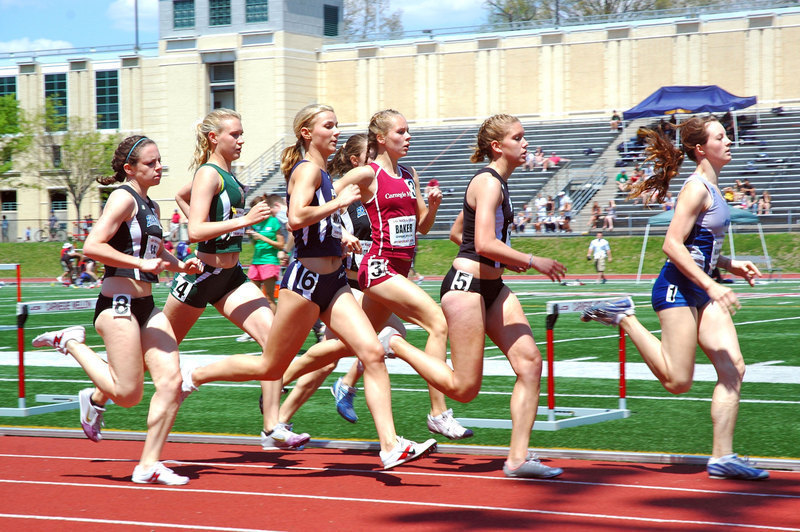 The Carnegie Mellon men’s and women’s track and field teams fought through the stifling heat during the University Athletic Association (UAA) championships held at Gesling Stadium this past weekend. The two-day event ended with Washington University in St. Louis coming away on top in both the men’s and women’s divisions.

The Tartans continued to control the throwing events, sweeping the hammer throw with first-year Anthony Hernandez winning the event with a distance of 48.75 meters. Fornataro finished second with a 47.89-meter throw, and Hulley took third with a throw of 46.91 meters.

The Tartans also earned points from junior Chris Bridgman after he placed second in the pole vault, clearing a height of 4.44 meters. Senior Ryan Anderson added the final points of the day for the Tartans with a first-place finish in the 3000-meter steeplechase with a time of 9:22.57, setting a Gesling Stadium track record.

The women finished in sixth place overall, but were very competitive both days of the event. The 4x800-meter relay team was the highlight of Saturday’s events, setting a school record with a time of 9:39.82. First-year Luci Laffitte, junior Diane Mattingly, sophomore Laura McKee, and sophomore Courtney Baker ran the Tartans to a second-place finish. Junior Crystal LeePow qualified for the finals of the 400-meter hurdles with a preliminary time of 1:09.06.

While the women’s team did not achieve the results they would have liked, the weekend was still a success. Attending her third UAA championhsips, junior Timi Abimbola said she “enjoy[s] the healthy competition. We compete with these schools twice a year, so it’s fun to watch the other runners grow and improve over time.”

The finals of the UAA championship were held on Sunday, and once again the relays were the highlight of the women’s team. In the last event of the day, the 4x400-meter relay team placed third with a time of 4:04.26, breaking another Carnegie Mellon record. The 4x400 relay team was made up of Baker, LeePow, Laffitte, and Mattingly.

On the men’s side, sophomore Pat O’Brien scored points in the triple and high jumps. O’Brien finished third in the high jump, clearing 1.89 meters, and seventh in the triple jump. While O’Brien did not qualify for the NCAA championships, he was happy with the season.
“It was overall a good season. I fought through some injuries, but I’m happy I was able to come out this weekend and score some points for the glory of Carnegie,” he said after the meet on Sunday.

The Tartans’ next meet is at Allegheny College on Friday, May 8.