Catching a glimpse of Thailand 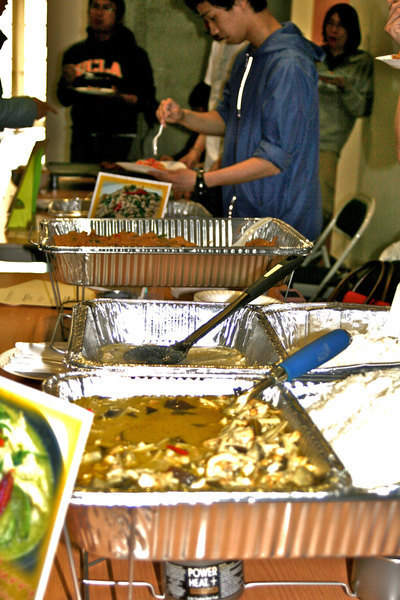 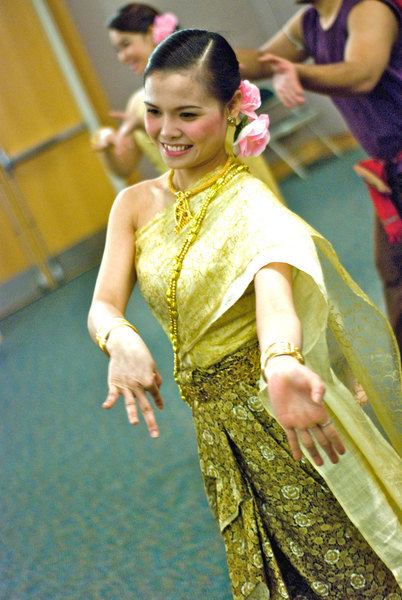 A professional dancer performs a traditional Thai dance. This beautiful performance was enjoyed by everyone (credit: Courtesy of Rachata Ausavarungnirun)

Last Tuesday, Wean Commons in the University Center was flooded with people trying to catch a glimpse of traditional Thai dances or grab a bit of Thai food. Carnegie Mellon’s Thai Student Association, which goes by “CMU Siam,” as the acronym “TSA” has already been claimed by the Taiwanese Student Association, gave the Carnegie Mellon community an opportunity to partake in different aspects of Thai culture. The Thai Culture Night and Food Festival helped introduce the campus community to Thai cuisine, crafts, dance, and costumes.

The president of CMU Siam, Prie Wungcharoen, a junior social and decision sciences major, asserted that the main reason the group was having this event was to spread Thai culture. The event featured diverse parts of Thai customs, beginning with a performance of traditional Thai dance. Dance is an integral part of the culture in Thailand and varies according to the region of the country it originated in.

At the culture night, hired dancers performed dances from all these different regions: northern, north eastern, and southern, as well as a sword dance. The performance was vibrant and entertaining, and it gave the audience a glimpse of Thai tribal culture.

CMU Siam catered Thai food from the popular Thai restaurant Bangkok Balcony, in Squirrel Hill, and perhaps it was the news of this that drew the majority of the crowd. The spread included well-known dishes like Thai green curry — with the option of having it with chicken or vegetables — and pad thai — with a similar option of shrimp or vegetables — along with other mouth-watering choices like stir-fried chicken and basil, tofu penang, and fried chicken with corn.

Members of CMU Siam had also prepared some of the smaller eats themselves, and they roasted skewered pieces of chicken for the popular chicken satay on the spot. They had also made Thai iced tea and the dessert, a sweet dish called bua loy, which is basically Thai rice balls in coconut milk.

More often than not, cultural events like these have great turnouts because the organization members themselves form a majority of the crowd. In this case, according to Pavitra Athakitkarnka, a junior biological sciences and modern languages double major, the Thai population at Carnegie Mellon is pretty small, so the crowd was basically non-Thai, as “most of us are serving food!”

Visitors were also given the opportunity to create a piece of traditional Thai craft at a table set up near the food. With clear handouts detailing instructions, and a great spread of craft materials, people were able to make colorful toy fish, called pla ta pien — pla is the Thai word for fish, which symbolizes strength and growth in Thai culture.

There was also a photo booth set up, in which people could wear traditional Thai costumes and get photos taken.

“I think people enjoyed [the event]; it was quite a success,” Wungcharoen said. “We really managed to put our name out there.” The event really did seem to catch attention and was able to give the Carnegie Mellon community a very informative and enjoyable, if brief, view of Thailand.