Bill and ‘his girl’ steal the show 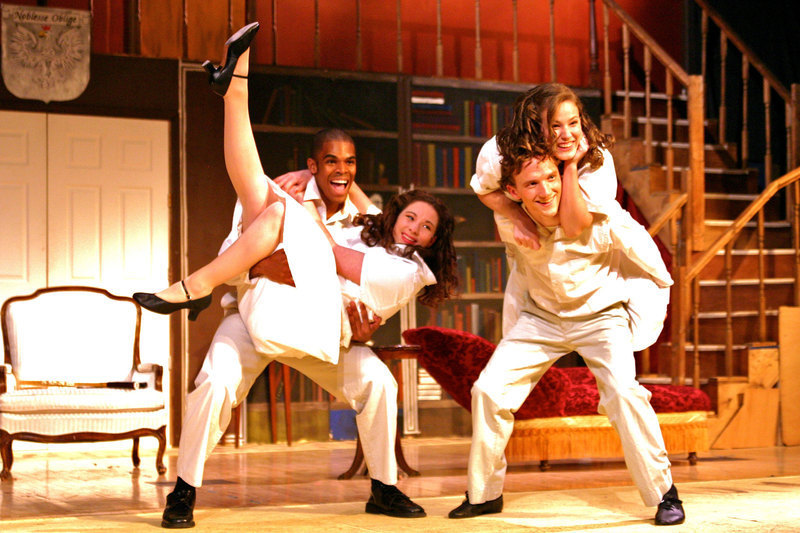 The supporting cast shuffled between roles of friends, house help, and even a policeman and a prositute. (credit: Hannah Rosen | Photo Staff) 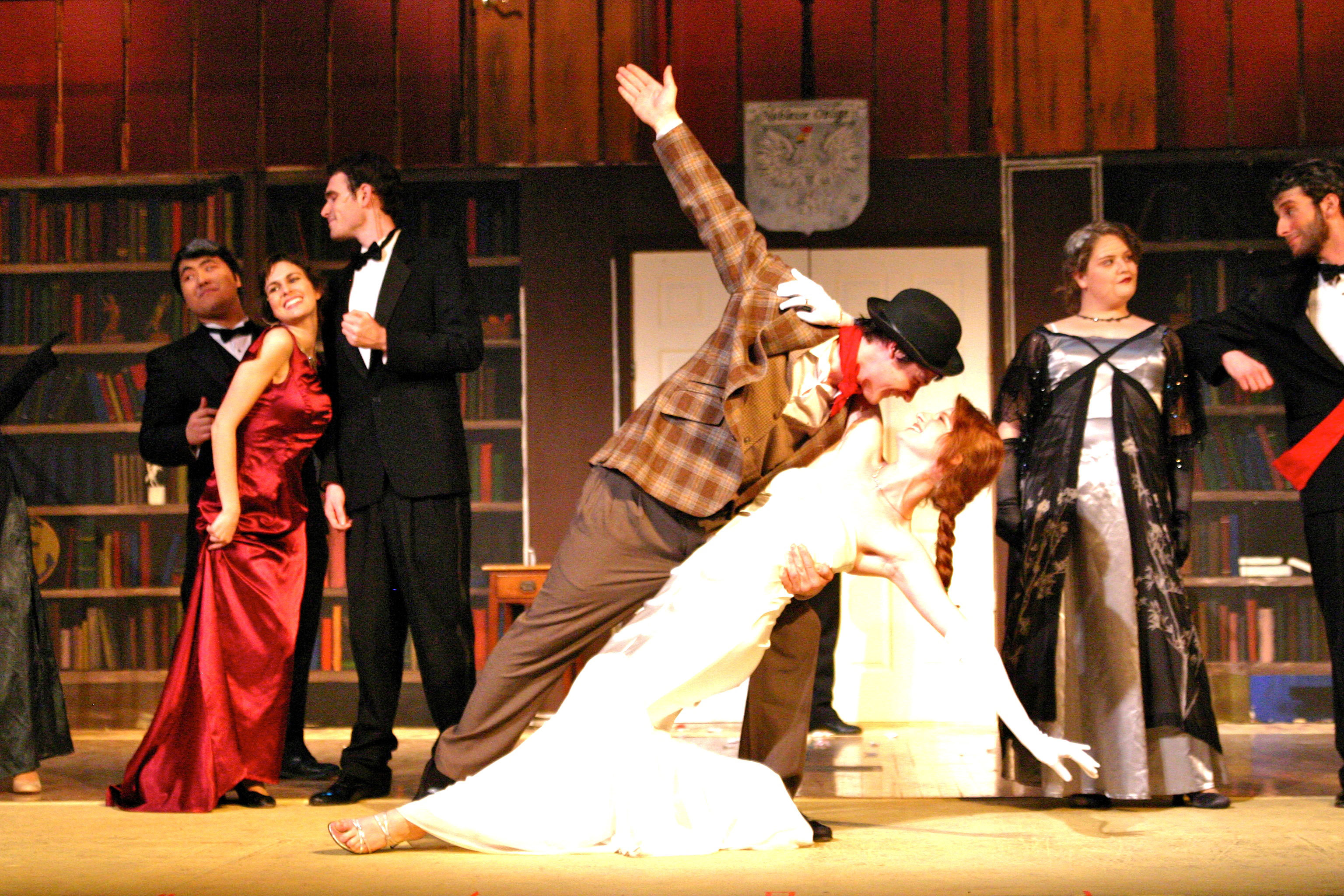 The play comes to a dramatic — but expected — conclusion with Sally revealing her new image, and the entire cast dancing to “The Lambeth Walk.” (credit: Hannah Rosen | Photo Staff)

Scotch’n’Soda’s Spring Carnival performance this year was, in one word, incredible. Me and My Girl is a British musical comedy, complete with laugh-out-loud humor, energetic dances, and a fantastic musical score, and Saturday night, S’n’S managed to pull the whole show together without a glitch.

The plot of the show was fairly simple, and centered on the Hareford family, bringing out the contrast between the British aristocracy and the British commoners. Bill Snibson, played by Scott Wasserman, a junior musical composition major, and Sally Smith, played by Caity Pitts, a first-year musical composition major, are a happy, very-much-in-love, middle-class couple until Bill finds out that his father was actually the earl of Hareford and Bill, being the sole heir to the entire estate, is the new earl. At this point, we come to a standard situation seen in many stories in which the crass and uncouth commoner appalls and offends his noble relatives in a comedic manner while he attempts to fit in.

To add to the mix, Bill’s relatives all have conflicting opinions about him. Bill’s aunt, Maria, the Duchess of Dene, played by Gillian Hassert, a first-year voice major, has complete faith in Bill and his blue blood, and is convinced that she can stamp out his cockney ways and bring out his nobility. Their close family friend, Sir John Tremayne, played by Steven Das, a junior music and electrical and computer engineering double major, thinks otherwise and continuously tries to dissuade the duchess from encouraging the idea that Bill can ever fit into their world. The duchess’s daughter, Jacqueline, played by Michelle Stewart, a junior biological sciences major, is a seductive vixen out to get Bill’s affections so that she can gain all his wealth in the process.

In the midst of all this confusion, the great divide between the different classes starts taking a toll on Bill and Sally’s relationship. Sally finds herself left out of Bill’s new life, and despite continuous reassurances from Bill, she begins to see the light in the duchess’s words that she and Bill should part ways and decides to break off their relationship for Bill’s own good. But Bill is adamant, convinced that “me and my girl” were made for each other, and as a result, Bill threatens to follow Sally wherever she runs. Empathizing with Sally’s predicament, Tremayne comes up with a brilliant solution. If the duchess wouldn’t accept Sally as she was, Sally would just have to become more refined and ladylike. With humorous references to the musical My Fair Lady, Sally turns from an unruly and loud woman to a sleek and composed lady, and the play ends with a typical “happily ever after.”

Although the plot may not have had much substance or suspense, the acting, dancing, and singing completely overtook any shortcomings that the storyline might have had. The acting was commendable, especially the performance of the leading pair, Wasserman and Pitts. Both were very convincing as a love-struck and later distraught couple, and at the same time were excellent singers and dancers too. They entranced the audience with their tap-dancing and duets, as well as with their sorrowful solo performances.

Hassert was also excellent in her portrayal of the duchess. With a caustic temperament and a streak of humor, Hassert stayed within her character at all times and delivered her lines with great energy. Another performance worth mentioning was Stewart as Jacqueline. Playing a sexy and sassy English lady, Stewart impressed audiences with her clear voice and quick dance moves. Piers Portfolio, a first-year voice major, played the family solicitor, Herbert Parchester, and was a source of much laughter for the audience because of his hilarious antics.

There were also a great many excellent supporting actors that interchanged between different roles — the house help, Bill and Sally’s friends, Bill’s ancestors, the nobles — and they smoothly filled in transitions, as well as performed great song-and-dance numbers, choreographed by Dan Wetzel, a sophomore chemical engineering major.

The musical score by Matt Aument, a junior musical composition major, was excellent, the highlight being the song “The Lambeth Walk,” a foot-tapping number that got the audience humming along and wishing for an encore. The set design and costumes were elaborately done, making the play resemble its period very effectively. A special mention can be made of the lamp that was set up during Bill’s “Leaning on a Lamppost,” as it was very realistic and set the tone of the stage with its magical yellow light.

On the whole, this was yet another excellent S’n’S production. The show was co-directed by Shannon Deep, a junior humanities and arts major, and Alex DiClaudio, a senior economics major, both of whom did an excellent job getting the cast together and bringing out the energy and hilarity of this play. “The most enjoyable part for me was watching our cast, most of whom did not know each other before, become not only a cohesive team, but also a group of friends,” DiClaudio said.